I hate waiting at traffic lights. There’s a solution: traffic circles, or roundabouts. 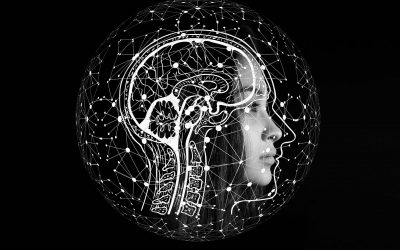 Julian Simon: The Ultimate Resource is The Human Mind

Each person born brings a mouth to feed and hands with which to scratch the ground, but most importantly, each new person brings a mind with which to have new ideas. The key, Simon argues, is freedom. When free minds are blessed with political and economic freedom, they can accomplish anything.

Consumers and Not Bureaucrats Should Regulate Facebook and Google

Our economy depends on the continued forward march of technological progress. But with this growth come new problems and, inevitably, new regulation. We must ensure that this regulation does not stifle tomorrow’s innovations, whose details we cannot predict in...

Break Up Government, Not Tech Companies

Regulating public utilities to be “neutral” has led to ever-escalating prices and poor service (think of postal services and roads), due to inefficient operations and the lack of incentives—competition—to lower costs and to improve service.

In Defense of the Automobile: Automobiles Are A Solution, Not A Scourge

It is critical to robust intellectual discussion of modern human life to acknowledge and celebrate the liberating role that the automobile has played in making this the greatest era in history for human flourishing.

Net Neutrality Is Turning the Internet into a Government Utility

The great crime of government regulation is that it suffocates and prevents good and great things from happening, things that we’ll never know about — because they never get a chance to happen.

The federal government cannot stand the idea that the Internet economy was a successful instance of (in today’s context) relatively unhampered market capitalism.

Innovations do not always occur at the speed or in the direction that government officials would like.

Vaccines: Jenner, Pasteur, and the Dawn of Scientific Medicine (Part 1 of 2)

With the issue of mandatory vaccination programs for infants and children, lines have been drawn in the sand. On one side, we find concerned parents, increasingly being supported by dissenting physicians and scientists troubled by the serious side effects of vaccines,...

Fairness Doctrine for the Internet? It Could Be Coming…

Have you forgotten about Obama's attempt to control the Internet -- in Orwellian doublespeak known as "Net Neutrality"? Well, the Republican House of Representatives (to their credit) has not forgotten. Two days before Christmas, the FCC issued “net...

Net Neutrality: Obamacare for the Internet

In case you haven't heard, Obama's FCC has passed new rules requiring private companies who provide Internet services to submit to control under the government. What will government's rules be? Those are yet to be determined. But the government alone will decide what...

Anarchy on the Internet

Advocates of "net neutrality" are apoplectic amid reports that ISP Comcast slowed down file-sharing programs on its network. The FCC is threatening action against Comcast, while advocates of a new net-neutrality law sponsored by Congressman Edward Markey are taking...

The House of Representatives voted 245 to 159 to pass the Internet Gambling Prohibition Act of 1999. Because of a rule requiring two-thirds approval, the measure didn't pass. Its sponsor, Bob Goodlatte, R-Va., plans to introduce it again when only a majority is needed...

This then is the real reason the United Nations seeks control of the Internet. It’s particularly interested in gaining access to your personal records.