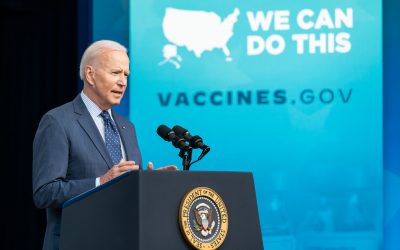 Say “No” To Vaccine Mandates for Young Children

Our children are the most vulnerable minority. It is wrong to force them to risk their physical health and wellbeing as part of a scientific experiment, because we adults are afraid of what a virus will do to us.

Why Nazism Was Socialism and Why Socialism Is Totalitarian

Nazi Germany was a socialist state, not a capitalist one and socialism, understood as an economic system based on government ownership of the means of production, positively requires a totalitarian dictatorship.

Government has no “public health” role. It has only a “public freedom” role.

Ayn Rand held that moral principles must be adopted as absolutes and that a single compromise will subvert a principle, as such. This holds true for the actions taken by nations as well as by individuals.  The founder’s failure to faithfully abide by their own “self-evident” truths offers a perfect illustration of what follows from a single breach of fundamental and guiding principle.

Virtually every politician runs for office on a campaign platform that promises to extend concrete and specific benefits to various selected groups through the taxing or regulating powers of government.

Thoughts on Military Parades and the UN Announcement

Did you ever wonder why dictators love military parades?

The Appearance of Patriotism

A nation is as great as it is free.

Are You A Racist?

Are you a racist? All white people are, says “White Fragility” author Robin DiAngelo. Race explains everything, says bestselling “How to Be an Antiracist” author Ibram X. Kendi. “Every policy is either racist or anti-racist.”

Peikoff identifies three pillars of capitalism—examining each one’s status in the present day. He also leads the audience through a quick sweep of American history, commenting on the decline in freedom over time.

Investment vs. Speculation: Where Does Your Profit Come From?

It matters where your profit comes from. Investment is not the same as speculation. Dividends are not the same as capital gains, despite what Central Banks want you to believe.

The Outlook for the Future of Capitalism (Part 10 of 10)

Let the advocates of capitalism proceed in the knowledge not only that socialism is dead, but also that what the world still needs to learn is why capitalism deserves to live.

What would be required to restore New York to its former prosperity and greatness would be the combination of the elimination of public welfare, the abolition of rent controls, and the privatization of the city’s transportation system.

Laissez-faire capitalism is an ideal worth working for and attaining.