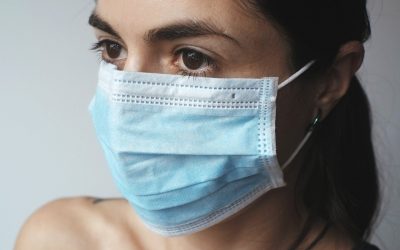 Anti-“Price-Gouging” Shows a Preference for Suffering Over Profit

If there were no price controls or threat thereof, prices in the present situation would be high enough to keep stocks on the shelves. 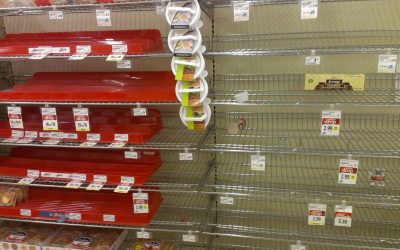 Empty Shelves Are Not a Result of Free Market Capitalism

The Importance of Rising Prices in a Crisis

Prices should rise during emergencies. That’s because prices aren’t just money; they are signals, information. They tell suppliers what their customers want most.

The government should have no business in controlling drug prices or regulating drug development.

The Coronavirus and Anti-Gouging Laws

We increasingly live in a new “dark age” of economic ignorance, and even stupidity. Few things exemplify this trend as much as the call for price controls over the interactions of multitudes of people in the marketplace of supply and demand. There are few government...

On “Price Gouging” Water During Hurricanes and Natural Disasters

Allowing prices to rise to heights that accurately reveal the intense desperation of the situation is the surest means of encouraging additional supplies of vital goods to be rushed ASAP to the area.

Many high employment “countries such as Iceland, Norway, Sweden and Switzerland” have no minimum wage laws.

AOC Returns to the Scene of the Minimum Wage Crime

Does a government-mandated minimum wage help or hurt the very workers and job seekers that Ocasio-Cortez wants to help?

Living Wage Is as Wrongheaded as the Minimum Wage

After all the studies and the near-unanimous opinion of economists — and even after the negative real-world effect of the minimum wage — it still remains popular.

If $15 Minimum Wage Is Such a Good Idea, Why Did AOC’s Bar Close Down?

While Amazon has every right to choose how to compensate its workers, this minimum wage increase and Bezos’ encouraging the federal government to do the same are wrong.

Tariffs on Foreign Goods To Save Jobs

When Congress creates a special privilege for some Americans, it must of necessity come at the expense of other Americans.

It is incompetence or dishonesty for my fellow economists to deny these two effects of minimum wages: discrimination against employment of low-skilled labor and the lowering of the cost of racial discrimination.

Are Hedge Funds Worth More Than Kindergartens?

"The top 25 hedge fund managers made more than all the kindergarten teachers in the country," declared President Obama in a discussion of poverty at Georgetown University. Calling them “society’s lottery winners,” he proposed to hike their taxes. Predictably, battle...

Water is distributed in California and other Western states not by market prices but by the political process.

Have you ever been in an argument about whether we should raise taxes and then someone tosses out a real whopper? “The top tax rate for decades after World War II was over 90% and look how the economy boomed!” Or perhaps you read a Paul Krugman column where he said...

The battle over minimum wage is raging. Emotions are running hot. Some cities are setting the bar very high. For example, Seattle is mandating a $15/hour wage. Economically, the issue is very simple. Minimum wage laws do not raise anyone’s wage. This is because it’s...

The Politics of the Minimum Wage

The politics of the minimum wage are simple. No congressman or president owes his office to the poorly educated black and Latino youth vote.