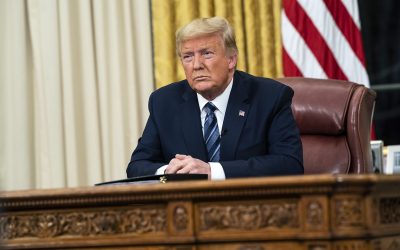 As to Trump’s campaign to expose the media’s blatant, often vicious anti-Republican bias so that much of America will never again trust it, Trump won. Huge.

“The left, as a rule, does not want to hear thoughtful disagreement.”

Elections failed to prevent every recent American commander-in-chief from expanding and exploiting the dictatorial potential of the presidency.

Michelle Obama’s words imply that if there is to be healing and uniting it means that all those who think the “wrong” way must come over and only think according to the anti-capitalist “progressive” worldview of those on “the left.”

I have a public message for Alexandria Ocasio-Cortez. I will keep it brief and rated “G.”

Random Thoughts On and Around Election Night

No matter what happens with the presidency, it appears, as of this writing, that Republicans have a good shot at retaining control of the Senate.

The Democratic Party Has Turned Against Civilization

No matter who wins the election, what remains of American freedom will be in serious jeopardy. Nevertheless, on just about every issue, Biden and the Democrats are more anti-freedom than Trump and the Republicans.

Why Vote Anti-Democrat This Election

The battle of 2020 is between the alternative of Republican populist-nationalism vs. Democratic racist-nihilism. Nationalism, in its present form, is a mix of deregulatory sugar and populist poison, but nihilism is suicide.

Why To Vote Against Trump

Trump has taken over the Republican Party and stripped it of all vestiges of ideology. Trump is the most anti-ideological, anti-conceptual president in memory.

Peace and prosperity normally get a president reelected. But for the last four years, our media, Hollywood, academia, and Democrats have acted anything but normal.

The question is if our nation can survive the widespread anti-Trump hate.

Ice Cube Gets It — Almost

In a video Cube posted on social media, he wondered what Blacks are getting in return for their virtually unquestioned loyalty to the Democratic Party.

Kamala vs. Pence: The 2020 Political Circus and The Supreme Court

What really stood out in the vice-presidential debate that said something meaningful, not just about this election but the political times in general in which we live? That both the Trump-Pence and Biden-Harris teams have Big Plans to run your life.

On demonizing those who have different political views.

How ironic if, after the media and Democratic leaders’ three-plus years of maligning Trump as a xenophobic racist, Hispanic and Black voters help keep Trump in the White House for four more years.