Why Today’s Young Generation Must Study The History of Socialism

It is vital for the history of socialism not to be forgotten by those fortunate enough not to live under its reality of terror, tyranny, and social disaster, less history tragically repeat itself. 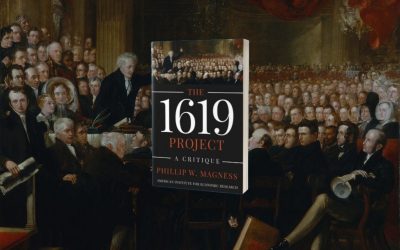 Hannah-Jones’s behavior illustrates the absence of basic scholarly integrity from her approach to writing history.

A Declaration of Independence from Tyrannical Government

The “monkish ignorance and superstition” of today is the misplaced belief that the individual is to be sacrificed to the group, the collective, to the nation – as long as the banner under which it is done is called “democracy” or “social justice.”

Holodomor: Ukraine Famine of 1933 was a Government-Made Disaster

The ten worst famines of the 20th century could all be attributed directly or indirectly to government policies.

Socialism-in-Practice Was a Nightmare, Not Utopia

Listening to some in American academia and on social media, you would think that socialism was a bright, new, and shiny idea never tried before that promises a beautiful future of peace, love, and bountifulness for all. It is as if a hundred years of socialism-in-practice in a large number of countries around the world had never happened.

Reflecting On Communism After 103 Years

November 7th marks the 103rd anniversary of the Bolshevik Revolution, where Communist revolutionaries overthrew the czarist government of Russia, eventually leading to the establishment of the Soviet Union.

Thanks To Progress Because of Capitalism Life is Getting Better

I obsess about problems. But I try not to let that distract me from the big picture:

Slavery vs. Capitalism: The 1619 Project Not Only Ignores Actual History, But Basic Economics

People who believe that slavery is an efficient system of production are people who are ready to impose 100% marginal rates of taxation in the belief that doing so is economically harmless.

Spiritual Poverty of Black Americans and The Welfare State

Slavery as the Cause of General Loss

While slavery enriched slave owners, it impoverished not only the slaves but also the United States as a whole.

The American Spirit of Liberty Against Slavery and Racism

Contrary to, the ideological propaganda and rhetoric of the Race Marxists and Identity Politics Warriors, America is not and has not been an irredeemable captive of racism as asserted to have begun with the country’s first arrival of slaves in 1619.

Where does this viewing of history through the prism of modern-day feelings end?