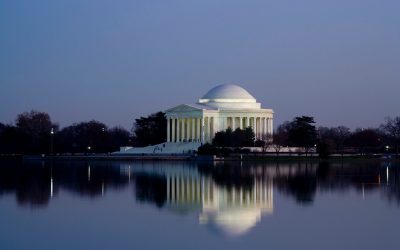 Remembering the Soviet Nightmare that Ended Thirty Years Ago

There is, today, a new chorus of voices once again calling for a socialist future of increased political paternalism and forms of centralized economic planning.

The American Spirit of Liberty Against Slavery and Racism

Contrary to, the ideological propaganda and rhetoric of the Race Marxists and Identity Politics Warriors, America is not and has not been an irredeemable captive of racism as asserted to have begun with the country’s first arrival of slaves in 1619.

Where does this viewing of history through the prism of modern-day feelings end?

Government should do its job of protecting constitutional rights. After that, black people should be simply left alone as opposed to being smothered by the paternalism inspired by white guilt.

Capitalism and History of the Industrial Revolution: The Factory System of the Early 19th Century

There is a tendency to exaggerate the “evils” which of the factory system and factory legislation was not essential to the ultimate disappearance of those “evils.” Conditions which modern standards would condemn were then common to the community as a whole.

The Guns of August: A Look Back at the Financial Shock of the Great War

Karl Marx and the Communist Revolution

Marx’s critique of capitalism and capitalist society has shaped much of the social thinking in Western countries that led to the welfare state and extensive government intervention into economic affairs.

The 1619 Project sacrifices scholarly standards in the service of the ideological agenda.

The Real Record of the Reconstruction Finance Corporation (1932)

The Reconstruction Finance Corporation (modeled after the earlier War Finance Corporation) was created in early 1932 under the Hoover Administration as what amounted to the “discount lending” facility of the Federal Reserve System: it would lend to financial institutions chartered by states and in rural areas.

The reputation of the 1619 project’s other essays, many of them entirely unobjectionable adaptations of scholarly insights for a popular audience, has suffered because of the NY Times’ inflexible refusal to address erroneous historical claims in the essays by Hannah-Jones and Desmond.

What 1619 Project’s Critics Get Wrong about Lincoln

While Lincoln’s colonization remarks grate the modern ear, and evince a patronizing paternalism toward the program’s intended participants, they also reflect the sincerity of his anti-slavery beliefs and an accompanying recognition that white-supremacist violence would not end with the formal abolition of the institution.

FDR and Stalin Planned the Future of the World

Seventy-five years have now passed since that fateful meeting at Yalta. Stalin, who helped Hitler start the Second World War, reaped his reward at the end of it: Soviet domination of Eastern Europe, at the cost of terror and tyranny for all the people who were forced to live in the “socialist paradise” for almost half a century following the end of the war in 1945.