I hate waiting at traffic lights. There's a solution: traffic circles, or roundabouts. 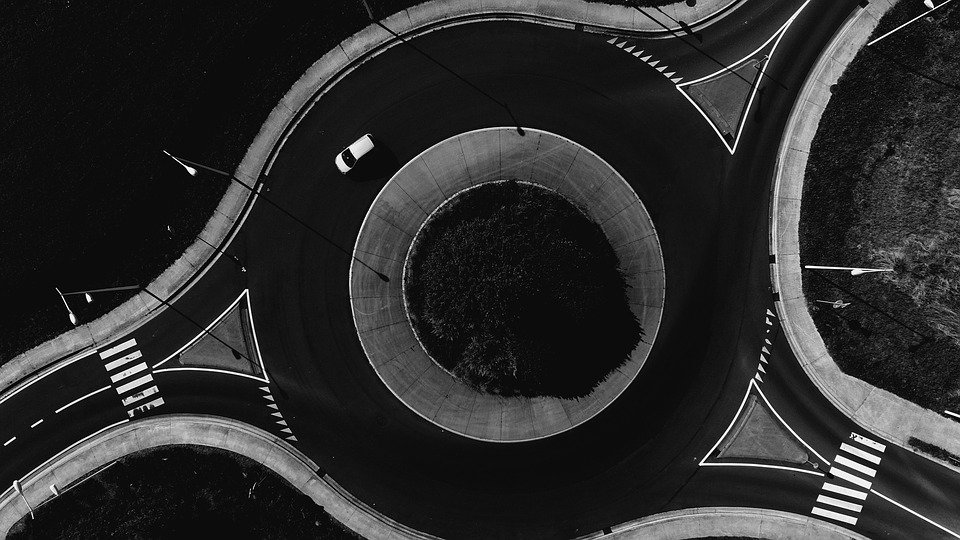 I hate waiting at traffic lights.

Traffic circles terrified me when I first confronted them in Europe. A movie, “National Lampoon’s European Vacation,” captured my experience when it portrayed Chevy Chase driving in London, unable to exit a rotary all day.

Besides being hard to navigate, I also assumed roundabouts cause problems, but a Freakanomics podcast woke me to their advantages. Roundabouts are a reason Britain’s rate of traffic deaths is less than half the U.S.’s.

“We’ve converted almost all of our traffic lights to roundabouts because we save lives,” says the mayor of Carmel, Indiana, Jim Brainard. His little town now has 133 roundabouts.

A University of Wisconsin-Madison study confirmed that roundabouts save lives. Roundabouts increased crashes a bit, but deaths and injuries dropped by 38%.

It’s because of the angle of the cars, says Brainard. “Instead of a T-bone, you got a sideswipe.”

“That makes it seem like it’ll take longer for cars to get through intersections,” I say to Brainard.

“It really doesn’t,” he responds. “A roundabout moves 50% more traffic than a traffic light.”

More than a four-way stop sign intersection, too, according to a test ran by the TV show “Mythbusters.’

Roundabouts are also better for the environment. “You never come to a complete stop,” Brainard points out. “Tremendous amounts of fuel are saved.”

Bottom line: Roundabouts are safer, cost less, move more traffic and are better for the environment.

Yet, most Americans still say, “I don’t want these things.” I tell Brainard. “They’re confusing. I’m more likely to have an accident!”

“Well, it takes public education,” he responds. “Chevy Chase didn’t do us any favors.”

Brainard points out that Chase was stuck in a large rotary, not a roundabout. Some traffic circles and rotaries have many lanes. The one by Paris’ Arc De Triomphe connects 12 roads!

“Those are dangerous,” says Brainard. “That’s not what we’re building. Modern roundabouts are small; the smaller they are, the safer they become. They’re very different.”

“America is way behind,” I tell Brainard.

“America is catching up,” he replies. “When I started, we probably had under a couple of hundred in the United States. Today, we’re pushing five or six thousand.”

Still, his little town, with just 97,000 residents, has 2% of all the roundabouts in America.