China’s Dark Turn Away From Capitalism and Freedom

A recent New York Times editorial board member wrote that it was difficult to know whether the United States is "better, worse, or the same" as China.

“I’m more anti-China than you!”

That’s a new theme of this election.

Joe Biden says, “We will never again be at the mercy of China!” Donald Trump replies, “China would own our country if Joe Biden got elected!”

What changed? That’s the subject of my new video.

Presidents Clinton and Bush were excited about China because its dictators had finally opened up China’s economy. They got rid of price controls, broke up collective farms, allowed foreign investment, and privatized state-run business. China, suddenly, prospered.

“People were so happy to finally see China being set on this path,” says Melissa Chen, who reports on China for the Spectator. The reforms “lifted hundreds of millions of people out of poverty for the very first time.”

Then, three years ago, Xi Jinping got himself named president for life.

He cracked down on speech, even jokes. After someone noted his resemblance to Winnie the Pooh, all mentions of the character were deleted from China’s internet.

I had thought the internet couldn’t be censored. Bill Clinton said it would be like “trying to nail Jell-O to the wall.”

“The Chinese figured out how to nail Jell-O to the wall,” says Chen. “They built an almost perfectly walled-in internet.”

China does this by employing a million censors. They block Google, Facebook, Twitter and most Western news media. A few computer-savvy Chinese citizens use forbidden apps to get around the censorship, but most don’t get to see the same internet that we see.

People caught accessing banned sites are punished. Police may barge into your home, threaten your family or just restrict your choices.

“You can’t make doctor’s appointments,” explains Chen. “You can’t travel… they’ll block you from buying a train ticket or a plane ticket.”

Life is far worse for religious minorities such as the Muslim Uighurs. The government is waging cultural genocide against them.

About a million Uighurs are locked up in “reeducation” camps, “sometimes for years,” says Chen. “Their family never hears back from them.”

China won’t allow reporters near the camps, but drone footage shows rows of blindfolded people with their heads shaved and their hands tied behind their backs.

Radio Free Asia adds that China’s “reeducation” methods even include having Chinese men replace the Uighur men in families. They “come in and live with a family (and) sleep in the same bed as the wife,” says Chen.

In short, today’s China is, once again, a vicious communist dictatorship.

So, I’m amazed to watch American protesters and hear them say, “America is the world’s biggest problem.”

Even a recent New York Times editorial board member wrote that it was difficult to know whether the United States is “better, worse, or the same” as China.

That equivalence is “bonkers,” replies Chen. “There should be no doubt about the moral equivalence between the two countries.”

For one thing, we Americans are free to criticize our government.

“You can hold up a sign at a protest, saying, ‘Screw Donald Trump; the United States sucks!'” explains Chen. “You cannot do anything remotely similar in China.”

People in Hong Kong tried. Millions attended protests, often waving American flags. Chen says it shows they “have a hankering for American values. They crave this freedom that we take for granted.”

Now they, too, have been silenced by China’s government.

“Why would Americans want this?” asks Chen. “Why would they be waving these Communist flags, wanting socialism?” 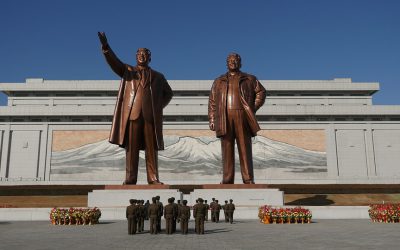 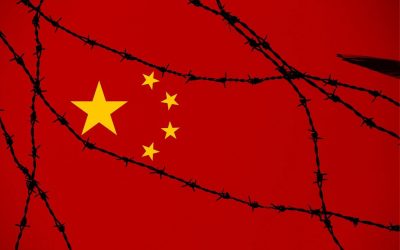