Insider Trading Laws Are About Envy, Not What’s Good for the Country 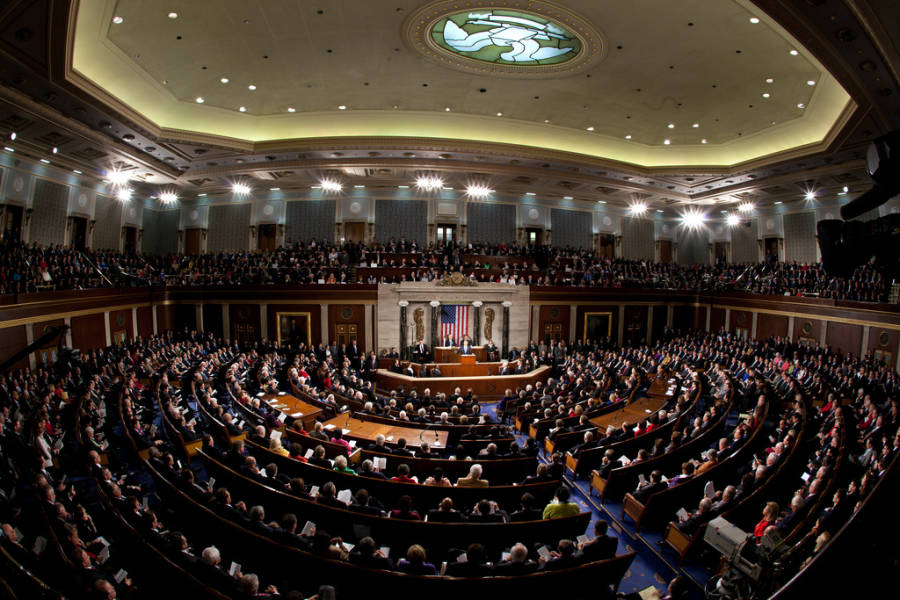 Four U.S. senators swear they didn’t use insider knowledge when they sold off stocks ahead of the coronavirus-induced record market crash. Americans are outraged, but what if so-called insider trading is a mere gimmick of the greater political establishment?

This is the age of the outsider. In politics, we have President Trump and Rep. Alexandria Ocasio-Cortez. In the economy, we have Uber and Airbnb. More than ever, being an insider carries a negative connotation.

Insider trading, then, must be nefarious. If only it had a legal definition. The U.S. Securities and Exchange Commission, that creature of Congress which acts as legislator, enforcer, and judge, defines it this way:

“…among other things, the purchase or sale of a security of any issuer, on the basis of material nonpublic information about that security or issuer, in breach of a duty of trust or confidence that is owed directly, indirectly, or derivatively, to the issuer of that security or the shareholders of that issuer, or to any other person who is the source of the material nonpublic information.”

Throw in a few Supreme Court cases, and the legalese starts to get complicated.

Essentially, the idea of making insider trading into a crime rests on the principle that information is a human right, that all market players have a right to the same information at the same time. It’s a utopian notion that can’t work.

One more thought experiment before getting into these four U.S. senators.

The economist Robert P. Murphy asks what happens to a person who’s ready to buy shares of Acme, but then learns of a bad earnings report before it’s published and so decides not to buy the stock.

“Should this person be prosecuted for insider non-trading?” Murphy quips.

Some feel that it’s a different ball game altogether outside of the purely economic realm. When it comes to politicians, the public servants, our leaders, why shouldn’t anti-insider trading laws apply to them in some way?

It’s no wonder why so many Americans jumped all over the accused senators Richard Burr (R-NC), Diane Feinstein (D-CA), Jim Inhofe (R-OK), and Kelly Loeffler (R-GA). Average citizens aren’t cut any slack from the endless laws, red tape, and taxes hounding them day in and day out.

All four sold stock after being privy to information they chose to shield from their constituents, or worse, lie about to them. This is surely bad governance, but how should it be made illegal?

No constitutional rights were deprived. No property was damaged, no money stolen. Compare that to their voting records!

Now, Loeffler is a newbie, having been appointed to her Senate seat. She is awaiting a special election, but it would seem as though she’s in the fight of her life after selling over $1 million worth of stocks following a January 24 meeting of the Senate Health Committee covering the coronavirus.

Fox News’ Tucker Carlson did a solid job holding her to account. While Loeffler claims her stock market moves are all handled by a third party that updates her weeks after the fact, she evaded Carlson’s question about a March 10 video she released assuring Georgians that “the economy is strong.”

Loeffler’s message of calm and hope came less than a month after her financial advisors supposedly showed her for the first time her stock trades dating back to January 24. What’s more, Loeffler has worked in the financial industry for decades, while her husband is the chairman and CEO of the New York Stock Exchange.

Next is Burr, the chairman of the Senate Intelligence Committee. What does it take to reach such prestige? His record includes supporting the 2008 bank bailouts, withholding the 6,700-page Senate report on CIA torture, and blaming future terrorist attacks on Senators who don’t rubber-stamp the most extreme mass surveillance powers.

It’s been reported that Burr sold between $628,000 and $1.72 million in stock at about the time he was being updated daily on the imminent coronavirus impact on Americans. During this time, he was co-writing an op-ed for Fox News that said, “the United States today is better prepared than ever before to face emerging public health threats, like the coronavirus.”

However, Burr follows the Hillary Clinton mantra: “You need both a public and a private position.”

Speaking at a North Carolina club where memberships run $10,000, Burr told the donor class quite the opposite, according to a leaked recording.

“There’s one thing that I can tell you about this: It is much more aggressive in its transmission than anything that we have seen in recent history,” he said, adding, “It is probably more akin to the 1918 pandemic.”

Burr went on to foretell of school closings and even the military being used when hospitals become overcrowded. However, he claims his stock sell-off was based merely on CNBC reports. It’s amazing how he read so much into public reports, while the rest of the market waited a week to crash.

Finally, we have Feinstein and Inhofe. Feinstein, together with her husband, sold up to $6 million in stocks, while Inhofe sold as much as $400,000. Like Loeffler, they have third party arrangements to handle their stock market moves.

On opposite sides of the political aisle, they unite often on the issue of war. Feinstein notoriously supervised appropriations for military contracts that benefited corporations her husband Richard Blum had strong financial interests in. Much poorer is Inhofe, who is a big war hawk anyway, be it promoting intervention in Venezuela, North Korea, Yemen, or heating up the cold war with Russia.

Do Americans actually believe they’re getting screwed over harder with insider trading than by these policies or general ineptitude and dereliction of duty?

Perhaps this media bandwagon of outrage is just too good an opportunity to miss. Who could be blamed for reveling in a story that ends with some probably crooked politicians being punished?

Unfortunately, there is a big catch that comes with this crusade against insider trading.

In addition to what has already been shown, that the absurd logic of criminalizing inside trading requires a universal human right to all market information, it should be noted that in practice, insider trading laws are simply the ruling bureaucratic elite’s means toward total power.

When someone with inside knowledge buys or sells stocks, the other trader who sells to or buys from the insider would have made the exchange anyway. There’s no victim, just as with any other voluntary transaction.

Insider trading is demonized no differently than how the radical left condemns “obscene profits.” The root of the attack is envy. Through envy, the state can easily move mobs in its preferred direction, and it can imprison those inconveniences, the disruptive capitalists.

“Profiting off a crisis” and similar rhetoric is an appeal to envy that Americans must see past in order to truly gain back their sovereignty.

What’s clear is that these senators lack the fortitude to be forthright with the people. And they’re not the only ones. Virtually all politicians keep up appearances of having things under control. When they inevitably lose control, because the world can’t be controlled, they overreact and overreach. Such is the story of coronavirus in America, where dependence on bureaucracy at home and abroad left millions vulnerable to disease, economic turmoil, and liberty restricted.

Now is the worst time to act on envy. This fragile society can’t handle it. Its institutions are hollowed out, the Congress being just one example of many.

The loss of public trust in institutions can be healthy when there is a moral foundation from which to rebuild. However, the reaction against these four senators is reflecting not just the low public trust, but a low social trust.

Just look at what the coronavirus scare is doing in major population centers, where there are schrimages over toilet paper. How does the country come out of the other side for the better?

If the mainstream media narrative, dripping with envy, is allowed to steer the public trust, it will have long lasting ramifications for the country’s already declining social cohesion.

These four senators reveal deep fault lines in the political system and possibly society as a whole. The fix won’t be as simple as criminalizing insider trading.