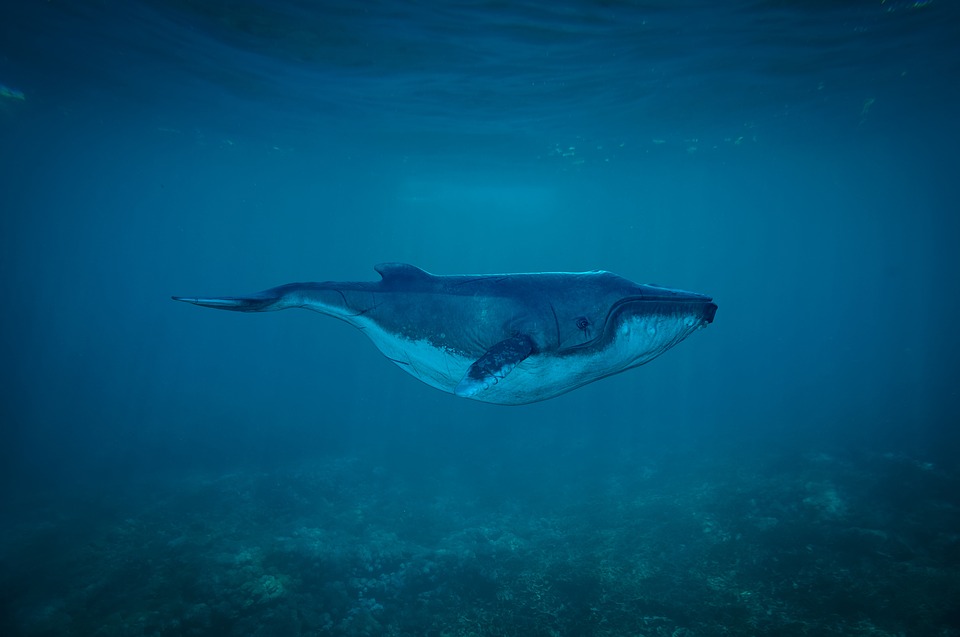 This year marks the 200th anniversary of Herman Melville, who is best known as the author of Moby Dick. In his famous novel Melville tells the story of a whaling ship captain obsessed with taking his revenge on a great white whale. The novel is, today, a hallmark of literature presented to children because it […]

This year marks the 200th anniversary of Herman Melville, who is best known as the author of Moby Dick. In his famous novel Melville tells the story of a whaling ship captain obsessed with taking his revenge on a great white whale. The novel is, today, a hallmark of literature presented to children because it is easy to read while also offering a subtle array of themes that can be adapted by the reader to infer valuable life lessons. However, the 200th anniversary gives us the opportunity to celebrate a lesser known fact: that soon after the writing of Moby Dick, the whaling industry would collapse due to rapid economic growth. Thus, it is an occasion to say the following: markets saved whales after government subsidies had endangered them!

The whaling industry had long been a feature of American economic life. However, it rose to prominence in the first decades of the 19th century with the supply of whale oil (used as an illuminant) increasing more than ten fold to an unprecedented peak in the 1850s. At that point, one could have feared that whales would disappear from the areas in which Americans hunted. Such disappearances had occurred before such as in the eastern Arctic with the bowhead whale. In that region, Dutch and British whalers had hunted bowhead whales to the point of extinction.

However, there is an important distinction to make with the case of the bowhead whale: fishing was subsidized by governments. Many scholars have pointed out that European governments provided direct subsidies to captains involved in the eastern Arctic whale hunt (and others). These subsidies, by artificially increasing the profits from whaling, incentivized more sailors and captains (along with their ships) to get involved in the trade.  The importance of these subsidies is debated, but most agree that the subsidies aggravated the problem of overfishing. The decline of the whaling fleets of the Netherlands, Britain and other European countries contracted gradually and were replaced by the Americans.

The decline of American whaling and market forces

In contrast, the American whaling industry was unsubsidized according to economic historians Lance Davis, Robert Gallman and Teresa Hutchins. The industry was also free of government interventions in the United States. Comparing the profitability of the different whaling fleets, Davis and his colleagues found that the productivity of the American fleet was quite superior to that of the British fleet.

However, the absence of subsidies would – at best – merely slow down the rate of depletion. Highly productive American whalers could have continued to hunt whales in numbers great enough to overcome the whales’ natural reproduction. Overhunting could thus still be a problem even though in a less extreme form than in the case of the British whaling industry. And indeed, the data suggests a spectacular decline of the American whaling industry after the 1850s. By the 1870s, the industry’s output had collapsed by more than two thirds. The decline continued thereafter until it reached very small quantities by the early 1900s.

Yet, Davis and his colleagues threw important doubts on this possibility. They investigated the estimates of the sizes of whale populations before the rise of the industry as well as during and after. They found that overfishing occurred “either not at all or too late to have been a contributing factor in America’s whaling decline”.

Then what caused the decline? Two factors conspire to solve the puzzle. 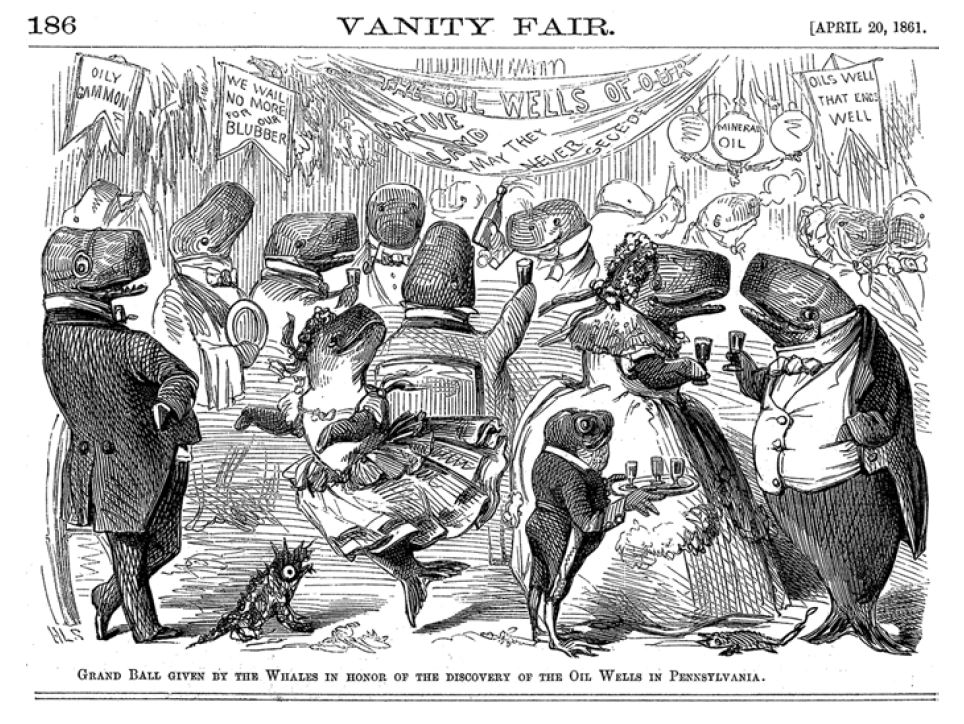 The first was the rapid growth of productivity in the rest of the American economy. The productivity of other sectors involved with the manufacturing of goods and the provision of services increased faster than productivity in the whaling industry. This meant that the opportunity cost of allocating resources (such as labor and capital) to whaling rose gradually. To attract workers and capital into whaling, existing firms had to offer higher wages and offer higher returns to capital-owners. This resulted in marginal players (the least productive ones) leaving the industry. It also meant that prices had to increase gradually as a result. The sum of these factors meant that the supply gradually contracted.

The second was the arrival of petroleum which had, by the 1860s, established itself as a substitute good to whale oil for illumination. Kerosene provided greater lighting power with a lesser smell and was substantially cheaper. Contemporaries were aware of the role of these substitutes. In 1859, oil discoveries in Titusville, PA, led to a rapid growth of the city’s population which devoted itself to the extraction of petroleum. For Vanity Fair, this discovery was a sign that whales no longer needed to be hunted. In April 1861, the magazine ran a cartoon of suit-wearing whales at a lavish ball drinking and celebrating the petroleum discoveries in Titusville. While quite revealing, the role that the cartoon suggests for petroleum is somewhat overstated. Economic historians find that the emergence of this substitute played a role that complemented the effect of rising productivity in the rest of the economy.

At the time of writing Moby Dick, market forces were already beginning to operate in the United States as to push the industry into decline. That decline, unlike that observed elsewhere, was not the result of a dramatic decline in whale populations. Quite the reverse as it appears that the American industry did not overhunt whales (unlike the whaling industries of other countries). If anything, the story of Moby Dick takes place on a background, warns us of the unforeseen consequences of government intervention and point to the potency of market forces in terms of protecting the environment.

ABOUT Vincent Geloso
Vincent Geloso is a visiting assistant professor of economics at Bates College. He obtained a PhD in Economic History from the London School of Economics.