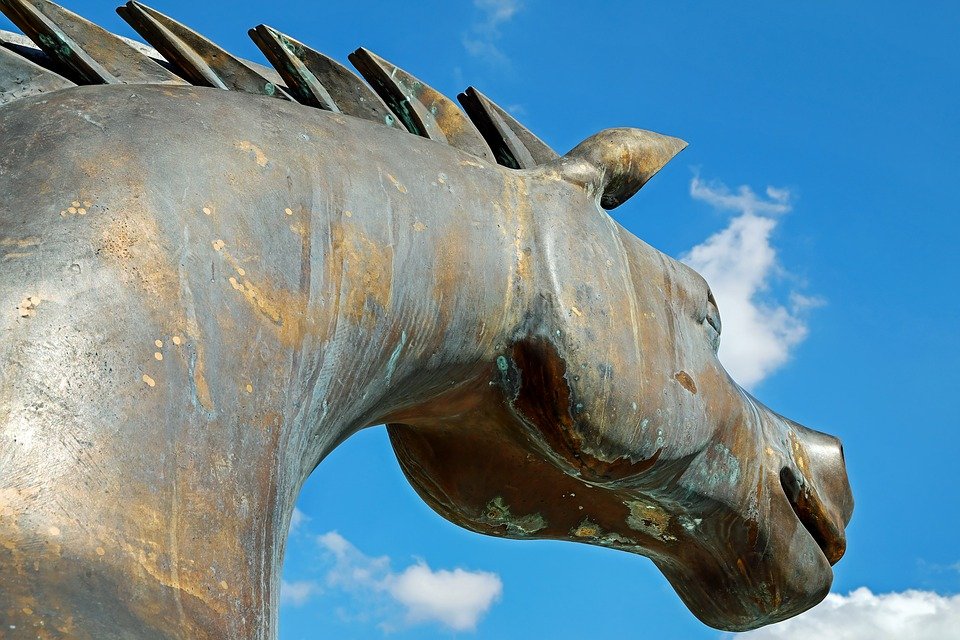 “The world is threatened with a rise in average temperature which, if it reached 4 or 5 degrees, could melt the polar ice caps, raise sea level by as much as 300 feet and cause a worldwide flood.”

You’ll be forgiven if you thought that quote was courtesy of the proponents of the Green New Deal. It was published in Newsweek on January 26, 1970; Ayn Rand quotes it in the “The Anti-Industrial Revolution.”[1] (At the link you’ll find a presentation, created by the Ayn Rand Institute, in which a recording of Miss Rand delivering her 1970 lecture is illustrated with film footage. I highly recommend it. Watch and share.)

My point is: this rhetoric has been around for decades. When warming didn’t happen, the rhetoric changed to threats of freezing, which morphed back to warming. Rather than acknowledge defeat and accept the truth about industrial progress, the catastrophists selected a new name to cover all claims of climate catastrophe: “climate change.”

The latest trend is “carbon neutrality”:

First of all, the idea that carbon dioxide has to be eliminated is scientifically wrong. It’s elementary-school stuff, but let’s review, shall we? We humans (and other warm-blooded species) have a symbiotic relationship with green plants. They produce oxygen as a waste product, which we consume to stay alive. We produce carbon dioxide as a waste, which they consume to stay alive. The entire process is as natural and simple as can be. The argument that we need to reduce or eliminate carbon dioxide is completely wrong. To take drastic action to curtail industry in order to achieve this goal is suicidal. A group calling itself “the green movement” should be embarrassed to advocate such claptrap.

The catastrophists have convinced themselves otherwise. They’ve latched onto “fossil fuel divestment,” which “aims to reduce carbon emissions by accelerating the adoption of the renewable energy transition through the stigmatisation of fossil fuel companies.”[3]

Instead, and despite this huge increase in fossil fuel use, nothing has substantially changed in the weather. And the anti-industrial crowd hasn’t altered its rhetoric. They’re still prattling the same line of patter about “12 more years to save the planet.” Isn’t that interesting?

Why haven’t they taken the new data into account? Could it be because the amount of industry that man engages in makes no real difference to the climate on this planet?

The NASA article in which it appears explains:

Bubbles of air in glacial ice trap tiny samples of Earth’s atmosphere, giving scientists a history of greenhouse gases that stretches back more than 800,000 years. The chemical make-up of the ice provides clues to the average global temperature.

The year “0” is present-day. During the past 800,000 years, average global temperatures have cycled up and down in a pattern. And we are currently in the midst of a “going up” cycle. In other words, the average temperatures are going up, albeit slowly, and also not that much, but they are going to steadily increase for the foreseeable thousand years.

This glacial ice evidence in support of “increased temperatures” means that increasing temperatures have nothing to do with human activity.

Here’s where we must ask another question. If climate catastrophe is such rubbish, why are today’s politicians willing to support it?

Why are they in agreement that the non-event of climate disaster should be treated as if it were an emergency?

What’s in it for them?

Let’s remember that somebody came up with the idea of “carbon taxes.” Ahhh-HA! When no-one blinked at the idea that “carbon dioxide” should be treated as a pollutant, politicians realized that carbon taxes could be the answer to their failed Ponzi scheme called Social Security.

When populations increase, money rolls in because there are plenty of people paying taxes to finance the scheme, hiding its basic nature. But when population drops, the system runs into a little problem. Furthermore, factor in that greater numbers of people are living longer, collecting Social Security all the while. When fewer young people are available to finance those retirees, now we have a big problem.

Government insisted we couldn’t be trusted to save for our retirement. It turns out government couldn’t be trusted to save our money for our retirement, either. But the vital point to keep in mind is that just like the money paid into Social Security was spent elsewhere, so the way to keep paying Social Security benefits is to take money from elsewhere.

This in my view is the dirty little secret behind the massive push to enact the “Green New Deal.” It has nothing to do with the climate, and everything to do with a debt-ridden bureaucracy desperate for a source of income to cover the Social Security shortfalls.

Once politicians grasped that people were supporting the idea of “carbon taxes,” they leapt onto the bandwagon. Everyone who supports carbon taxes has been deaf to evidence, deaf to science, deaf to anything but the looming problem of the general public realizing that the government has created a massive problem by spending the retirement money confiscated for our benefit, which it was supposed to keep in trust.

(Incidentally, the government has done a far worse job of saving for our retirement than, acting individually, we would have done for ourselves. We’ve all been thrown into the same boat as the most irresponsible spendthrift.)

“Climate change” works so well as the trojan horse for this desperate funding ploy. There needs to be no connection shown – no politician needs to explain that carbon taxes are intended to be used to fund social security benefits. As long as enough people buy into the myth that climate change is an emergency that our actions can avert, a large enough segment of the population will vote for carbon tax implementation.

To save our lives, and the lives of our children and grandchildren, we have to realize that climate catastrophe – and the proposals to “fight” it – are all wrong! We have to grasp this now, while we still have our industries and our reliable energy. We have to grasp that we have longer healthier lives because of industrialization. Indeed, we have made climate almost irrelevant thanks to the energy to heat and cool our buildings, to control the climate inside our structures.

The trajectory of Earth’s average temperature is on the increase. No action of ours can stop it. It is a cycle that is beyond our ability to prevent or to accelerate. It will happen regardless of what we do. If we cut our industrial activity to zero, the result will be hundreds of millions of premature deaths. No meaningful change to the climate will occur.

“Fighting” the climate is as pointless as shaking one’s fist at the sun. The climate change disaster scenario has to be rejected for the phony trojan horse that is. The answer has never been to fight climate. Instead of transitioning away from fossil fuels, let’s transition away from climate catastrophe.

As for dealing with the government Ponzi schemes (social security is just one of them), that will be the subject of a future article.

Thank you for reading.

[1] The essay “The Anti-Industrial Revolution” was delivered as a lecture in 1970 and published the following year in the volume of essays now entitled The Return of the Primitive: The Anti-Industrial Revolution.
[2] https://en.wikipedia.org/wiki/Carbon_neutrality
[3] https://en.wikipedia.org/wiki/Fossil_fuel_divestment
[4]  https://ourworldindata.org/fossil-fuels
[5] NASA, “How is Today’s Warming Different from the Past?” NASA Earth Observatory (Jun 3, 2010).
[6] https://fee.org/articles/the-coming-financial-collapse-of-social-security/ article by Peter Ferrara, November 1993

FEEL FREE TO SHARE
Stephanie Bond
Stephanie Bond runs Executive Proofreading, a copy-editing & proofreading business that caters to the most rational clientele in the world. In her spare time she is working on her book about how to replace taxation. Contact her at [email protected].