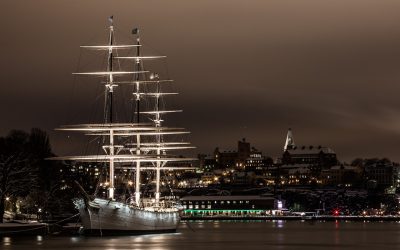 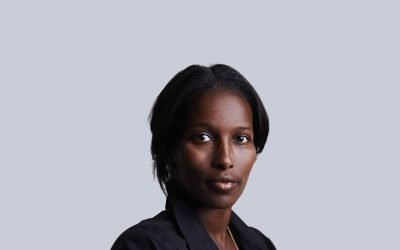 Acts of War in Europe: Brussels Takes Another Hit From Radical Islam

Islamic radicals are the ones who seek to take us back to another dark ages.

How Lithuania Helped Take Down The Soviet Union

The Lithuanians had been at the vanguard in the movement for freedom in the Soviet Union. They had elected a non-communist government in free elections, had declared their national independence from Soviet rule, and strongly affirmed their intention of reversing a half-century of socialist central planning through privatization and free market reforms.

Lessons from Europe on Intolerant Immigrants

Europe provides a valuable lesson for Americans — on what not to do.

The Causes of the Greek Economic Tragedy—and the Capitalist Cure

New headlines and news stories about Greece’s looming economic collapse appear daily. This weekend, the National Post has a series of articles on the theme “Greece on the brink.” Some point the finger at the country’s political leadership: “The negotiation game:...

Despite Greece’s almost complete lack of financial integrity, neither NATO nor the EU can afford the political cost of a Greek exit from the EU.

The real issue is whether Greece’s decades-long experiment with failed debt-financed socialism will be allowed to survive much longer.

Once again the crisis in Greece is threatening the unity of the entire euro zone.

In Switzerland, it's not just the clocks that are cuckoo. Over the past four years Swiss politicians and central bankers have gone on an unprecedented buying spree of foreign exchange reserves. In 2012, their cache swelled to as much as $420 billion worth of various...

France and the UK Could Be the Lynchpins of Europe

Over the past two months, Europe's problems seem to have disappeared from the headlines. However, the new French Socialist government is pushing ahead with policies that favor significantly higher government spending, greater regulation of business and commerce, and...

Poll after poll makes it perfectly clear that the German people have no interest in exposing their hard-earned savings to the ravages of unending bailouts and currency debasement.

The world economy today stands at the doorstep of great change. A gathering crisis looms in Europe, splitting the Continent into two competing blocs. While leaders there face off against one another in a high stakes game of chicken, the rest of the world powerlessly...

France now has something in common with the United States: A Socialist President. Welcome to the club, France! Not that this represents a big change. The last president of France was nothing more than a corrupt guardian of that country’s massive entitlement and...

Sarkozy Trade: France May Be Losing Its Head…Europe Soon To Follow?

According to the European Central Bank, the Italian banking industry now holds more government debt than the banks of any of the major European economies: nearly €324 billions worth of shaky bonds. The Spanish banking sector is also heavily overweight in government...

A Kosovar Albanian Muslim, Arid Uka, murdered two American airmen outside the Frankfurt Airport in Germany last Wednesday.  “I did it for Allah,” he explained. Like so many jihad attacks these days, this one was initially dismissed as having nothing...