Joakim Book contrasts and compares Bjorn Lomborg’s “False Alarm: How Climate Change Panic Costs Us Trillions, Hurts the Poor, and Fails to Fix the Planet”, Michael Shellenberger’s “Apocalypse Never: Why Environmental Alarmism Hurts Us All”, and Christopher Barnard and Kai Weiss’ edited book “Green Market Revolution: How Market Environmentalism Can Protect Nature and Save the World.” 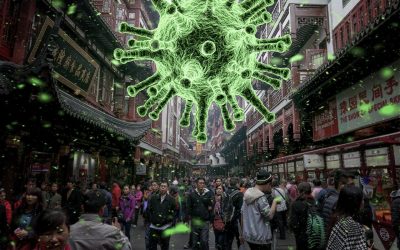 The environmentalists had a field day during the corona pandemic. The anti-human policies they have called for, protested for, disrupted societies and other people’s lives for, were suddenly implemented en masse, albeit on a temporary basis. Think of it as a trial for green policies.

Exxon Refuses To Bow Down To The Climate Fascists

To the delight of everyone who cares about freedom and human well-being, Exxon did not surrender to Healey’s irrational demand. Instead, it sued AG Healey in a Texas court last week, for violating its constitutional right for free speech

Bill Gates, Climate Change, Capitalism and Tragedy of the Commons

If “climate change” and “global warming” are, in fact, problems facing people on Planet Earth, it is due to an atmospheric tragedy of the commons.

By creating the imaginary threat of man-made climate change, climate alarmists have given governments everywhere a justification to increase state control in our lives.

If “climate change” and “global warming” are, in fact, problems facing people on Planet Earth, it is due to an atmospheric tragedy of the commons.

The Urban Religion of Recycling

To not recycle would mean challenging the value of saving the planet. If you don’t recycle, then you don’t care about the earth. It’s not a matter of science, logic or facts; it’s a matter of faith.

I receive loads of mail in response to my weekly nationally syndicated column. Some recent mail has been quite disturbing. Here's a sample: "Given your support of freedom on a great many issues, I wish to bring to your attention the following George Mason University...

Propaganda is what the NRDC produces. It shouldn’t be the basis for EPA policy. These days, too often, it is — because activists and regulators collude.

The Pope Adopts The Religion of Environmentalism

What does it tell you about environmentalism that it needs the Pope to prop up its campaign against capitalism and human achievement on earth?

Humans thrive by improving technology, not abandoning it.

It’s hard to think rationally when animals tug at our heartstrings.

Kudos to Exxon CEO for Not Appeasing Climate Doomsdayers

The Exxon CEO is a rare exception, with the courage to defend his company’s moral right to pursue its own interest: profitable production of fossil fuels.

The Lights of Times Square are a Beautiful Thing

There’s a lot more at stake in Times Square than the lights.

Environmentalism is, at its core, a religious fanaticism against technology, industry and progress.

What the religion of environmentalism really opposes is man’s nature, i.e., the fact that man must reshape the earth in order to survive.

Catastrophic Global Warming: Debate is Only Settled For Fanatics

Climate change predictions have been wrong for decades because they are not based on science but on government sponsored “research.”

The ultimate test of any theoretical model is not how loudly it is proclaimed but how well it fits the facts.

This Changes Everything: Capitalism vs. The Climate

Environmentalists like Naomi Klein are intentionally unclear and misleading about the fossil fuel industry and capitalism, because it serves their purpose of taking away our freedom to live our lives and run our businesses the way we choose.

The Environmental Protection Agency and Other Green Monsters

Instead of environmental regulations that actually save lives, we pay to subsidize politicians’ cronies and pet projects,

What the environmentalists are advocating—ending freedom via a socialist dictatorship—is a sure path to environmental disasters and human misery.

It is Greenpeace that we should watch and call out on, exposing its propaganda and plans to destroy human well-being. It is companies like Shell and Lego that we should defend and thank for providing us not only necessities of life but products that make our lives more comfortable and enjoyable.