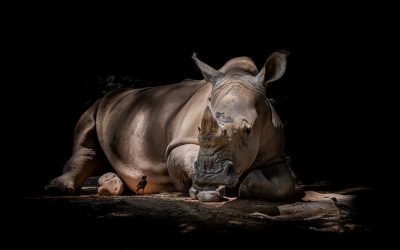 Today’s wild predictions about climate doom are likely to be just as true as yesteryear’s. The major difference is today’s Americans are far more gullible and more likely to spend trillions fighting global warming.

This year marks the 200th anniversary of Herman Melville, who is best known as the author of Moby Dick. In his famous novel Melville tells the story of a whaling ship captain obsessed with taking his revenge on a great white whale. The novel is, today, a hallmark of...

Climate Activism: An Ideology in Search of a Justification

Thirty years ago, environmentalist policies were intended to prevent us from running out of fossil fuels. Now it’s a case of having too much fossil fuel for the environment to handle.

The Nightmare Fairyland of the Green New Deal

House Resolution 109 “Recognizing the Duty of the Federal Government to Create a Green New Deal,” has a long list of sponsoring congresspersons who seem to be not much different from that child in the toy store.

The Green New Deal, Not Climate Change, is an Existential Threat

The core idea of the Green New Deal, endorsed by virtually every Democratic Presidential candidate, is that the government should rapidly outlaw fossil fuel power and rapidly replace it with renewable power, mostly from solar and wind. This would be the most radical...

Our Planet Is Not Fragile: Sorry AOC, The World Will Not End in 12 Years

Rep. Alexandria Ocasio-Cortez claims that “the world is going to end in 12 years if we don’t address climate change.”

Climate Change and the Power of Scaremongering

The New York Times and the scientists it cites in “U.S. Climate Report Warns of Damaged Environment and Shrinking Economy” (11/23/18), either do not understand simple mathematics, or rely on the ignorance of their readers to create a silly scaremongering headline over...

The New York Times and the scientists it cites in “U.S. Climate Report Warns of Damaged Environment and Shrinking Economy”, either do not understand simple mathematics, or rely on the ignorance of their readers to create a silly scaremongering headline over an absurd statistic.

The human mind is the ultimate resource because it, and only it, creates all of the other economically valuable inputs that we call “resources.”

Taking taxpayers’ money and allocating it to fighting climate change, the causes of which are complex, is not rational but irrational climate policy.

The Truth About Climate Change

Is nature’s inherent dynamism responsible for the climate change of our era? Or are the cause(s) man-made?

Withdrawing From the Paris Climate Agreement Is the Right Call

The Paris Agreement surrenders our political independence and stifles global energy development that benefits people across the planet.

Only by recognizing the moral value of its work, can business stand up and defend itself like Resolute Forest Products has done.

Governments’ use of force to curtail CO2 emissions is not only futile—it undermines freedom of business and of the rest of us, and therefore, human prosperity and flourishing.