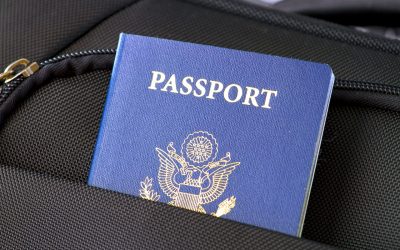 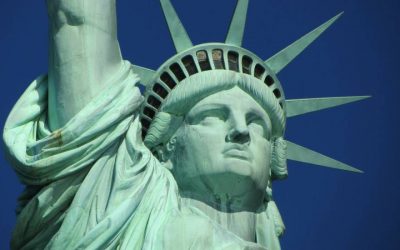 Freedom: Why Immigrants Come to America

America! The word has meant hope, opportunity and freedom for tens of millions of people over the last two and half centuries. For a good part of those 250 years, the words on the Stature of Liberty in New York harbor have rang true: "Give me your tired, your poor,...

The Democratic Party’s changing position on illegal immigration is based on the lust for political power over moral principle.

Keith Weiner examines the monstrous injustice of anti-immigration policy and the arguments used to justify it.

Get Ready for Denials on Illegal Immigration

If there is a terrorist attack through our southern border, will Americans allow President Obama, congressional Democrats, the news media and progressives and liberals to deny that their weak border security policy was responsible?

Even as the federal government fails to control the southern border, it sends the Border Patrol farther into the interior, where Americans complain that agents harass people who are already U.S. citizens.

Americans who gather to protest the high-handed way this administration has sneaked illegal immigrants into their communities can expect the race card to be played against them. The time is long overdue to stop being intimidated by such cheap — and dangerous — political tactics.

Businesses Should Be Free to Hire Foreign Workers

Businesses should be free to hire whoever will help them to create most value for their customers and shareholders, regardless of nationality.

Immigration is not a cause of economic growth. It’s primarily a byproduct.

It doesn’t matter what immigration policies you believe in if you don’t control your borders.

A Tiger of a Book: The Triple Package

“The Triple Package” is a book that tells us much that we all need to know about America — especially if we want to keep the welfare state ideology from destroying the American Dream.

I’m wondering how the hate-America/blame-America-first crowd might explain the fact that so many people in the world, if they had a chance, would permanently relocate here. Maybe it’s that they haven’t been exposed to enough U.S. university professors.

Does the State Own the Child? Obama and Germany Say “Yes”

It’s preposterous to even suggest that banning any form of education promotes “diversity.”

Anything we try to do as regards immigration laws has to be done in the context of a huge welfare state that is already a major, inescapable fact of life.

Britain's late Prime Minister Margaret Thatcher said it all when she wrote that the world has "never ceased to be dangerous," but the West has "ceased to be vigilant." Nothing better illustrates her point than the fact that the West has imported vast numbers of people...

If America were a totally free country – with no entitlement state, no “progressive” taxation, no socialized medicine and no Barack Obama issuing extra-Constitutional executive orders by whim and at gunpoint – immigration would not be a threat. In a free country,...

An Interview with an Immigrant

The following interview was conducted with an immigrant from the Philippines and her fiance. Their names are not revealed because their situation has not been resolved. The interview reveals some of the difficulties experienced by those seeking to legally immigrate to...

The Tired, The Poor, and The Huddled Masses

Since 1886, the Statue of Liberty has stood in New York Harbor as a beacon to individuals from around the world seeking the freedom to live their lives as they choose. On the pedestal of the statue is a plaque with the sonnet “The New Colossus”: Not like the brazen...

I was a Farm Worker

It makes no economic sense for an employer to pay $20 an hour for a job that is only worth $10 an hour.

Now that the Arizona immigration-control law is at the Supreme Court, it's time to analyze that law. There are two levels: the philosophic level and the level of Constitutional law. Fortunately, they both point to the same conclusion. The philosophical issue is my...

Newsmax.com reports: Illegal immigration costs Arizona $1.6 billion a year – a staggering 19 percent of the state’s budget – Gov. Jan Brewer said in an exclusive interview with Newsmax.TV, adding that the Obama administration is turning a blind eye...

When it comes to illegal immigration, I disagree with the “round ‘em up, ship ‘em out” folks and am against the new Arizona law for two broad reasons: For one, the so-called “threat” of illegal immigration is illusory when one looks...