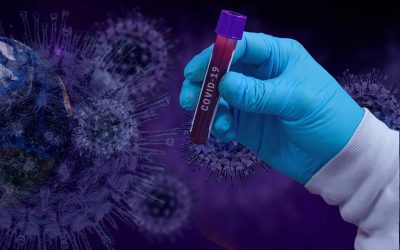 Ending The Pandemic: Politicians Take Credit as Business Comes To The Rescue

When the pandemic ends, politicians will take credit, but the solution, as usual, began when politicians got out of the way.

Individualism is the Political Foundation of Healthcare

Individualism remains the best tool to deny government the power to force us to buy health insurance in general or forbid the purchase of the kind of health care plan we prefer.

“Universal Health Care” is the increasing drumbeat of advocates who want Americans to place all responsibility for their health care in the hands of government.

Red Tape vs. Your Health: How Regulation Botched Coronavirus Testing

Highly restrictive government regulations have had the unintended consequence of shutting down tests that could detect outbreaks and save lives.

COVID-19 Response: Why Should the U.S. Copy China Rather Than South Korea?

The South Korean government has brought about superior outcomes than the much heavier handed, authoritarian measures of China, Italy, the U.S., and virtually every other afflicted nation.

In order for government to provide medical services to someone who cannot afford it, it must use intimidation, threats, and coercion to take the earnings of another American to provide that service.

The Government Boot on Your Doctor's Neck

We live in an age when the secretary of the Interior and the White House press secretary proudly and publicly proclaim that they will keep their "boot on the neck" of an oil company. This new manifestation of "hope" and "change" is ominous at a time when the...

The Appeal of Snake Oil

As long as there is demand for (willingness-to-buy) snake oil products there will be snake oil businesses.

New legislation would throw a lifeline to individual terminally ill patients, giving them the “right to try” treatments that have been deemed safe by the Food and Drug Administration (FDA) but which have not yet obtained final approval.

A Breath of Healthcare Freedom For The New Year

On the elimination of the individual insurance mandate of ObamaCare

What a real advocate of Capitalism might say if he was offering himself for political office.

Trump and The GOP Support The Socialist Principles Underlying Obamacare

ObamaCare is succeeding, because its goal is a single-pay state monopoly in medicine; the failure it’s causing in America’s health insurance market is simply a means to that end.