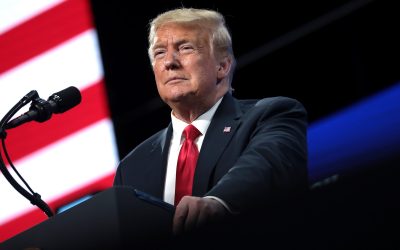 As to Trump’s campaign to expose the media’s blatant, often vicious anti-Republican bias so that much of America will never again trust it, Trump won. Huge.

“You got more questions but I tell ya, if you have a problem figuring out whether you’re for me or Trump, then you ain’t black.”

Why Americans Should Not Abolish The Electoral College

For more than two centuries the Electoral College has encouraged coalition building, given a voice to both big and small states, and discouraged voter fraud.

Warren herself would have made a bad president, but of far more concern was her potential to act as a force multiplier for bad presidents down the road.

I hope we get more of the good from Trump and less of the bad and ugly.

“Impeachment is whatever Congress says it is. There is no law.”

When a black politician, like Waters, questions the intelligence of an intelligent black male Republican, well, that’s just …

Democratic presidential candidate Rep. Tulsi Gabbard is controversial within her party. She says the U.S. should talk to its enemies. She was criticized for meeting with Syrian dictator Bashar Assad. But Democrats were supposed to be the anti-war party, I say to her...

The Democrats Who Cried ‘Impeach!’

Trump, post-impeachment, can credibly call himself a victim of a political vendetta and ride that narrative to victory in 2020.

I’d take whatever Sanders calls socialism over accountable capitalism any day, because rather than starve the dynamic private sector of resources, Warren’s vision stifles the dynamism itself.

After Trump’s ‘Racist’ Tweets, Democrats Demand ‘Civility,’ But When Have They Practiced It?

President Donald Trump, in a series of tweets, offered four freshman Democratic congresswomen a suggestion. Given their complaints about America and about Israel, tweeted Trump, the four, aka "the Squad" should "go back and help fix the totally broken and crime...

Democratic Candidates are Paving The Way For a Trump Victory

These two debates, in which the candidates fell over themselves offering free stuff, had one clear winner: President Donald Trump.