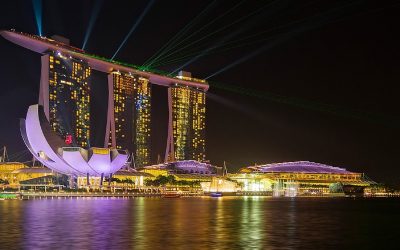 A company that turned its ESG report into an opportunity to proudly defend its industry and itself.

Jobs has spent a lifetime living by Roark’s own singular rulebook not as the designer of buildings, but as the architect of a new approach to technology.

Capitalism Makes Us Better Off

Thanks to Capitalism, The Poor Get Richer

Paying People Not to Work: Labor Shortage Is a Government-Contrived Scarcity

To use Keynesian terms, employment in the United States is not suffering from an “aggregate demand” failure. There are plenty of job openings; it is a failure of a good number of employable people not being interested in filling the slots employers would like to fill. Why?

Henry Hazlitt and the Failure of Keynesian Economics

Keynes used the “technique of obscure arguments followed by clear and triumphant conclusions.”

Capitalism and the Economic History of the United States

The development of all the institutional features of capitalism is well illustrated by the economic history of the United States.

Because a politically connected businessmen wants more for himself, and politicians have the power to demand that developers kiss their rings, Edgewater’s dump is still a dump.

Capitalism and the Origin of Economic Institutions

Economic progress is the leading manifestation of yet another major institutional feature of capitalism: the harmony of the rational self-interests of all men, in which the success of each promotes the well-being of all.

The Philosophical Foundations of Capitalism

The greatest era of capitalist development—the last two centuries—has taken place under the ongoing cultural influence of the philosophy of the Enlightenment.

The Legacy of Karl Marx

Though the Communist Manifesto, even in its own time, failed completely as an economic guidebook, it did succeed thoroughly in instilling class hatred. This hatred, unfortunately, has been its most permanent contribution.

Capitalism: The Nature and Importance of Economics

Economics belongs alongside mathematics, natural science, history, philosophy, and the humanities as an integral part of a liberal education.