If support for reproductive rights is so strong, why won’t Democrats run on a promise to pass legislation to make abortion unambiguously legal?

In most every athletic category, men are much stronger. Testosterone blockers just can’t close the gap. 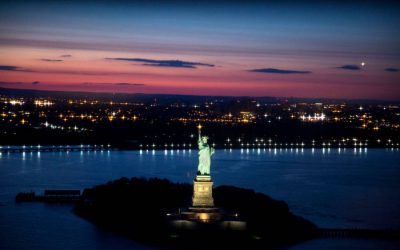 We Have an Identity Problem

It’s biology, and not political agendas, that determine one’s race and sex.

On the hypocrisy behind the student renaming craze.

Identity Politics and a Women President

I don’t want a woman president or a male president. I want the best one available.

What’s Holding Women Back in the Workplace?

Among the many reasons for gross disparities in many fields, and at different income levels, is that human beings differ in what they want to do, quite aside from any differences in what they are capable of doing, or what others permit them to do.

“Diversity” as The New Academic Fascism

Benefactors should stop giving money to universities that endorse anti-free speech and racist diversity policy. Simply go to a university’s website. If you find an office of diversity, close your pocketbook.

No Government Funding for Planned Parenthood

The last thing academic diversity means is diversity in thought.

Inside the Clinton scandal manual.

On The “Pay Gap” Between Men and Women

The “gender gap” is not nearly as big as the honesty gap.

If we forget the difference between violent and non-violent conduct, no one is safe. If we pretend everyone is guilty instead of a few real criminals, rapists win.

After being abused by Moslems in Somalia, Ayaan Hirsi Ali moved to the Netherlands. She became an outspoken critic of Islam and wrote a screenplay for Submission, a 2004 movie that specifically critiques Moslem treatment of women.

Where are the feminists outraged by the Brandeis decision?

The “war on women” political slogan is in fact a war against common sense.

Should we insist upon equal treatment of people by race and sex or tolerate differences in treatment?

It’s fine if dance and art groups are mostly women, but if athletic teams are too male, lawsuits follow.

Hillary Clinton recently said she hoped the U.S. would elect a woman to the White House because it would send "exactly the right historical signal" to men, women and children. She said women in politics need to "dare to compete" and the nation needs to "take that leap...

Sex and the Military

The headline on the front page of the New York Times said it all: "Women in the Senate Confront the Military on Sex Assaults." In a triumphalist article showcasing the growing numbers of women on the Senate Armed Services Committee, "one of the Senate's most...

From forcing Americans into the enslavement of the medical profession, which is being accomplished by the man who defeated her and conferred her current diplomatic status, to leading what may be the worst foreign policy in American history, with major progression toward nuclear weapons by our arch-enemies, Hillary Clinton, despite her facade of competence, is a failure and a fraud in every respect.

On the anniversary of Roe v. Wade 40 years ago, there is still no one defending the right to abortion in fundamental terms, which is why the pro-abortion rights forces are on the defensive. Abortion rights advocates should not cede the terms “pro-life” and “right to life” to the anti-abortionists.