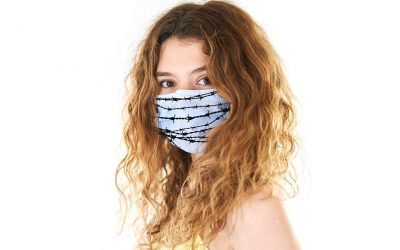 The real enemy is not a shadowy foreign power plotting to take away our freedoms, as during the Cold War, but rather it is much closer to home. While the virus is invisible, the people who dreamed up and enforced lockdowns that wrecked the country are highly visible.

Politicians have too much power over our lives. Many used the pandemic as another excuse to take more.

Crackdown on ‘Price Gouging’ Benefits Politicians and The Media

So-called “price gouging” is a gimmick used by politicians and the media to rally supporters and viewers.

How government regulation (controls) turned the COVID-19 health issue into a full-blown pandemic.

Freelance jobs are "feudalism," says California Assemblywoman Lorena Gonzalez. She persuaded California's legislature to pass a new law reclassifying freelance workers as employees. That means many people who hire them must now give them benefits like overtime,...

Adam Mossoff interview with Elan Journo on patents and copyrights.

It is time for Congress to restore balance to a patent system that has historically secured the fruits of inventive labors with reliable and effective property rights in inventions and discoveries.

“At the federal level, 98% of criminal laws are not passed by elected representatives. They are created by unelected bureaucrats who don’t have to answer to anyone.”

The United States of America is Not a Democracy

If we’ve become a democracy, it would represent a deep betrayal of our founders, who saw democracy as another form of tyranny.

The government’s restricting Uber’s, its drivers’ and riders’ freedom of choice is immoral.

Byzantine state laws demand you get a state-approved license before you may become a hairdresser, tour guide, travel agent, house painter and all sorts of other jobs where customer happiness should be the guide.

Where Was the Love for Whistleblowers During the Obama Administration?

Democrats like Pelosi and their media sympathizers think highly of whistleblowers — when they whistleblow on Trump.

Americans who call for stricter and stricter gun control know that getting rid of rifles will do little or nothing for the nation’s homicide rate. Their calls for more restrictive gun laws are part of a larger strategy to outlaw gun ownership altogether.