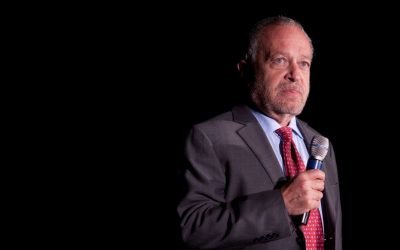 The Injunction Function: Why It Matters to Secure Patents as Property Rights

Patents secure the fruits of productive labors of the innovators who create the new products and services that drive economic growth, create jobs, and ultimately contribute to a flourishing society.

The real enemy is not a shadowy foreign power plotting to take away our freedoms, as during the Cold War, but rather it is much closer to home. While the virus is invisible, the people who dreamed up and enforced lockdowns that wrecked the country are highly visible.

Politicians have too much power over our lives. Many used the pandemic as another excuse to take more.

Rule-Breaking Politicians Should Be Thrown Out of Office

If politicians do it, it’s always necessary. Rules are for the little people.

Statement of Principles for the Local Government of Laissez-Faire

Amid the problems and rancor regarding our federal government, it is essential to establish and maintain good local government.