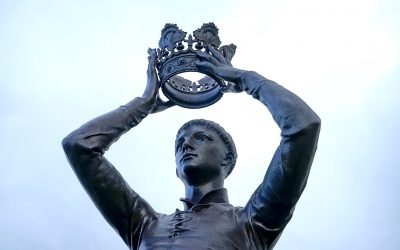 When you send your youngster off to college, you might not mind that they will have to walk on eggshells, respect taboos, snitch on fellow students for politically incorrect jokes and learn to use ad hominem arguments as a means to attack ideas they find...

Rise of Citizen Journalism: Reporting News That The Washington Post Keeps in Darkness

Watching this video upset me. Students and even faculty members won't let Dave Rubin speak. They constantly interrupt, shouting "hate speech!" and "black lives matter!" Rubin was once a man of the left. He even was a co-host on The Young Turks network. But then he...

Censorship to Protect Us: Government Sanitized History, Books, and Press

Imagine that in 1946 the general-secretary of the United Nations had submitted a resolution to the General Assembly stating that Nazi crimes were so horrendous and despicable that the countries of the world needed to impose a blanket censorship on any public reference...

And Peace Online: The Answer to Hateful Speech is More Speech

The more we get accustomed to settling our disagreements with words, even offensive words, the less we need to settle disputes with fists and swords.

Politicians aren’t qualified to regulate the internet. The free market under a rule of law is.

The Fruits of College Indoctrination: Incivility, Censorship and a Contempt for Capitalism

Once the leftists gain control, as they have at many universities, free speech becomes a liability and must be suppressed.

The Anti-Capitalist Attack on Freedom of Thought, Speech, and Association

The assertion and repetition of “white privilege,” “the one percent,” “social justice,” “racist,” “gay-basher,” “LGBT-hater,” “gender insensitivity,” etc., have had numbing effects on private and public discourse.

The Anti-Capitalist Counter-Revolution On College Campuses

The intellectual intolerance and resort to physical force to prevent speakers from addressing students represents a dangerous totalitarian streak among so-called “progressives.”

An important aspect of the freedom to exercise reason is the freedom of speech: the liberty to express opinions and to persuade others, whether to advertise one’s products, to raise capital, to contract suppliers, or to recruit employees. Taking this freedom away also severely undermines companies’ ability to create material values.

Trump Is Not Responsible for Violence Against Him

You don’t have to like Donald Trump, or his positions, to be uspet about what’s happening to freedom of speech and association in America.

Government Subsidies Will Erode The Freedom of The Press

If the government subsidizes or operates newspapers, the important role of independent investigation and criticism of government actions—and the hope for changing the government—is lost.