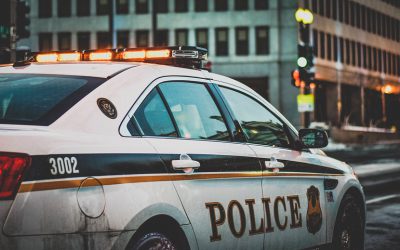 What To Do About Crime

The problem of crime, the traits that criminals have in common and their cultural origins.

How Does the Destruction of Black-Owned Businesses Promote Justice for George Floyd?

Who will bear the ultimate cost of the rioting? If you said black people, you are right.

Colin Kaepernick Is No Muhammad Ali

Kaepernick’s protest was bogus from the start, and it only helped to create greater unnecessary tension between the black community and the police. “Citizen of the Year,” indeed.

None of the things proposed by president Obama is likely to reduce gun violence.

An Unappreciated Tax on the Poor: The Cost of High Crime Communities

Open Season on the Police

The “War” on Drugs Creates More Problems Than It Solves

Our Drug War creates the carnage that drives poor Latin Americans to abandon their villages and move north.

Williams’ sickness resided in his inability and unwillingness to look at people as individuals, and instead to view everything through a collective lens.

Why Violent Crime is Going Up

Paying the Price for Being Soft on Crime

Innocent men, women and children — most of them black — will pay with their lives in New York, as they have in Baltimore and elsewhere.

Entitled To Loot: Why Are There Riots in Baltimore?

Why are looters and rioters looting and rioting? The stale claims that it’s “racism” or lack of government funding simply do not ring true. It must be something else.

The Mayor of Baltimore’s Not-So-Freudian Slip

People have to reexamine everything, and soon, if cities like Baltimore are ever to turn around and have a chance.

Books: Inside the Criminal Mind

Criminals are criminals because of the way they think.

There should not be politically correct or incorrect crimes in the first place. There should only be crimes.

Should Profiling Be Banned?

The true villains, to whom anger should be directed, are the tiny percentage of people in the black community who prey on both blacks and whites and have made black synonymous with crime.