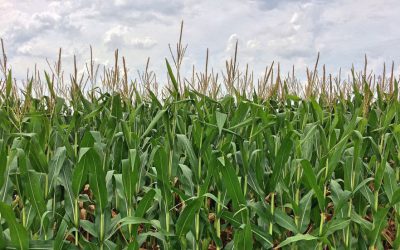 Google is not limiting competition but creating it, through its own innovations that others are free to try to surpass.

New rivals who want to enter the Internet services market and are not putting together big data sets cannot claim that they have a right to the established companies’ data—they have done nothing to deserve access to it.

A Solution to the Postal Crisis

Congress continues to fiddle while the United States Postal Service (USPS) burns. The union for postal employees is upset that the postmaster general wants to cut 35,000 jobs. Many Americans are upset that the USPS wants to close 3,700 post...

The European antitrust regulator has announced last month that it will fine Intel Corporation $1.44 billion (1.06 billion euros) because it "harmed millions of European consumers by deliberately acting to keep competitors out of the market for...

The Case Against Antitrust

Antitrust punishes the best companies The list of antitrust targets reads like a Who's Who of American business success stories. Standard Oil Company, Alcoa Aluminum Company, IBM, and Microsoft, are just a few. These companies were pioneers in...

Yahoo! has just released its first-quarter earnings numbers, and neither the market nor analysts are impressed. What will be the company's next move? Multiple suitors claim that they can leverage Yahoo!'s online products and talented employees...

According to the Onalaska Life Newspaper, millions of dollars worth of vouchers that were part of Microsoft's settlement of a Wisconsin class-action antitrust case remain unclaimed. The settlement requires Microsoft to make available to class...

Laying the Foundation for an Antitrust Assault on Google

Below is a quote from Washington Post business columnist Steven Pearlstein excerpted a column he wrote on Google titled "How Much More Should It Be Allowed to Grab?" [P]recisely because of its success, it's fair to ask if Google should be barred...

Science education is a frequent topic in the news these days. Earlier this month, Microsoft announced a campaign to improve math and science education in the Seattle area. According to Brad Smith, a senior vice president and general counsel for...

In defense of its virtues, in exasperation of being cut down and cut down again, Microsoft should simply declare that it seeks the abolition of antitrust, and refuse to rest until these laws are repealed–or risk fading into obscurity. If Microsoft takes this righteous stand, it will be known for both leading the PC revolution, and for leading a far greater revolution in American business.

The House has approved a bill that imposes criminal and civil penalties (up to $150 million for refiners and $2 million for retailers) on any energy company found guilty of "price gouging." But selling at prices some people feel is too high...

Presumed Guilty: The Injustice and Destruction of Sarbanes-Oxley

Sarbanes-Oxley is a moral and economic atrocity. It is past time to repeal this monstrous law and start treating businessmen as American citizens: innocent until proven otherwise.