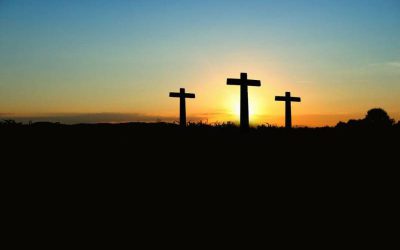 For religious reasons, mainly, conservatives like Dennis Prager are unable to defend capitalism. They share more premises with socialists-fascists than they admit, yet rightly recognize them as fellow religionists.

Lockdown Flagellation as Penance For Our Capitalist Sins

Let those who desire to suffer be free to do so. As for the rest of us, let us get back to having good lives, including partaking in actual fun.

U.S. in Decline Because of Left’s Attack on Traditional Moral Values

The left’s attack on religion is just the tiny tip of the iceberg in our nation’s moral decline.

The Ideas Behind The Islamist (Jihadist) Movement

Pope Francis’ own native Argentina was once among the leading economies of the world, before it was ruined by the kind of ideological notions he is now promoting around the world.

The Pope Adopts The Religion of Environmentalism

What does it tell you about environmentalism that it needs the Pope to prop up its campaign against capitalism and human achievement on earth?

Reason as an Absolute: The Answer To Islamic ‘Extremists’

Reason is the only antidote to militant, faith-based force.

Bosch Fawstin vs. Facebook and The Religion of “Peace”

Is America a Christian nation?

Religion has no place in government.

Freedom Of and From Religion

“Congress shall make no law respecting an establishment of religion.”

A Right to Discriminate

Why must you be religious to practice what you believe? This should be about individual freedom.

To celebrate Randsday, you do something not done on any other holiday: you give yourself a present. Randsday is for getting that longed-for luxury you ordinarily would not buy for yourself.

How to Solve the Problem of Religious Conservatives

The assertion of individual rights would solve all disputes between social conservatives and their opponents.