The Left is Vastly More Evil than Religious Conservatives

The worst of Christianity was the Dark Ages. Its best was the Medieval Renaissance. The worst of collectivism was Auschwitz, gulags, and 120 million civilians murdered in a century. There is no best. 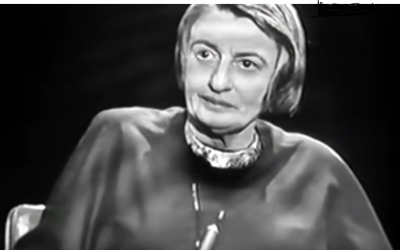 IThis video might be the most important interview you have ever watched.

What Selfishness Requires: Lessons from Volkswagen

Only one value can serve as the central purpose in a person’s life: productive work.

Pragmatism is Impractical in the Long Run

Why does it rule in business?

Video: In Defense of Selfishness: Why the Code of Self-Sacrifice Is Unjust and Destructive

When you hear the word selfishness, what comes to mind? Typically, selfishness is associated with amoral, predatory behavior. It’s a word used to describe people like Bernard Madoff or Attila the Hun. On the other hand, selflessness is generally celebrated and aligned with friendship and love. In this talk, Peter Schwartz challenges these misconceptions.

Pragmatism Is An Impractical Philosophy for Business

Pragmatism is widely considered a virtue in business, but it is in fact a perilous approach, antithetical to long-term profitability.

Who Is Afraid of Individual Rights?

Why conservatives are either averse to individual rights—with the exception of property rights—or do not see them as important.

The Virtue of Justice: Judging Others and Self

Despite the teachings of conventional morality, judging others is a virtue from the perspective of rational egoism.

Socialism is Based on a Philosophy of Death

We Would Not Have Killed 1.7 Million People in our Agrarian Utopia

What to Say When Someone Calls You “Selfish”

I want to control you, which is why I intimidate you by calling you “selfish.”

The Moral Case for Price “Gouging”

There is a knee-jerk response to the notion of an individual raising the price of his property during a storm that immediately evokes hostility from most people. Why?

Your life depends on it.

Why should one follow honesty systematically, as a principle?

Why Be Moral? Your Life Depends On It

Moral principles, such as self-interest, rationality, honesty, justice, integrity, independence, productiveness, and pride, are not based on feelings but on facts.

Why do we accept humility as a virtue?

Benevolence does not require self-sacrifice.

The Morality of Capitalism

Capitalism, in Ayn Rand’s definition, is “a social system based on the recognition of individual rights (including property rights) in which all property is privately owned.”

The Deep-Seated Suspicion of Self-interest

People are suspicious of self-interest because for every philosopher who has taught and advocated self-interest, there have been multiples of those who have taught its opposite, altruism.

The prerequisite of acting ethically in business and other realms of life is clear thinking.

The Vice of Selflessness

Accepting selflessness as the moral ideal is a source of unearned guilt and irreconcilable with success and happiness.

Following the Majority vs Independence and Integrity

Ayn Rand convincingly demonstrated that our survival and thriving depends on identifying and consistently applying valid principles, no matter how “extreme” they may be considered by those clinging to the majority consensus.

The Virtue of Pride: The Policy of Doing Your Best

According to conventional morality, pride is a sin. According to Aristotle, it is the crown of all virtues.