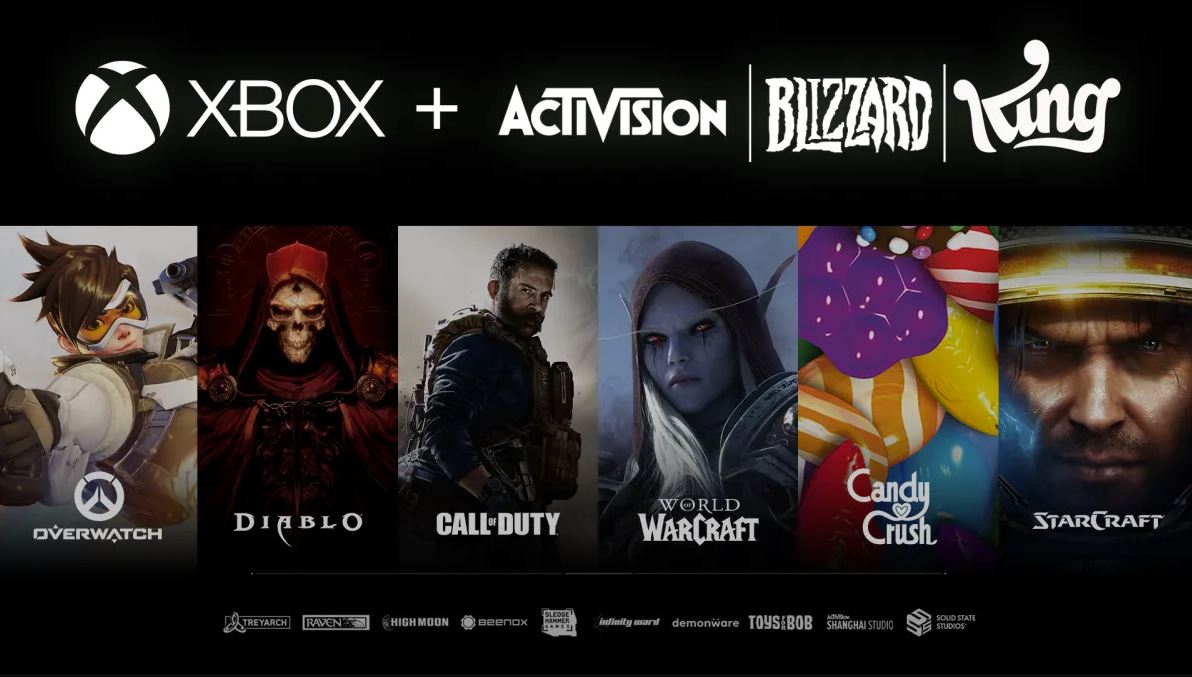 The gaming industry may be on the cusp of an innovation boom as its center of gravity shifts from consoles to the cloud—provided the Federal Trade Commission (FTC) doesn’t muck it up. Few companies are more keenly aware of this than Microsoft, a longtime player in the gaming industry with its Xbox consoles and a leader in cloud computing with its Azure platform.

Microsoft sees that the market for consoles like the Xbox is in steady decline for the same reason DVD players are no longer a hot commodity: Ubiquitous broadband and enterprise-scale cloud computing have made it anachronistic to store games on discs or cartridges that require purpose-built devices to play. The future of gaming hinges on streaming and real-time interaction among players.

Redmond’s vision is for the gaming industry to follow a path like the one Netflix blazed for movies and television. As many commentators have noted, this has the potential to usher in more competition and innovation in an industry worth nearly $200 billion by creating wider and deeper platforms for game developers and consumers. But Microsoft’s problem is it lacks the compelling content necessary to attract consumers to its subscription-based cloud gaming service Game Pass. That is why it has taken steps to acquire Activision Blizzard, publisher of the wildly popular warfighting game “Call of Duty.”

It all makes sense. Yet the prospect of adding “Call of Duty” and other Activision titles to Microsoft’s portfolio has irked antitrust enforcers. Regulators in some countries have already cleared the acquisition because they reason that the procompetitive effects of the merger outweigh any anticompetitive concerns. But the United Kingdom’s Competition and Market Authority raised concerns Microsoft could keep “Call of Duty” off of rival platforms from Sony and others—and now, the FTC has announced it is seeking to block the merger in the United States.

The FTC has adopted an assertive antitrust approach to nearly all big mergers—with a populist grudge against “big tech,” above all others—irrespective of the efficiencies of scale or innovation opportunities they could create in a rational analysis. But if the FTC is concerned that games like “Call of Duty” may be removed from competing platforms, then the solution is simple: It could settle with Microsoft, requiring the company to make this content available on other platforms.*

In the past, that would have been considered a win-win solution for competition, innovation, and consumers. But the current FTC has given itself over to an aggressive antitrust agenda, so it is expected to reject the merger despite the benefits it would create simply because the acquirer is one of those large tech companies. Shockingly, while the populist “big is bad” ideology is likely to prevail at the expense of consumers and innovation in the United States, the European Commission appears likely to go the other way by accepting commitments from Microsoft that the FTC would reject.

Be that as it may, the very idea that Microsoft would want to foreclose access to “Call of Duty” for PlayStation users is controversial. Microsoft would rationally have little incentive to reduce sales across platforms of a popular game. Moreover, Microsoft’s competitive position is weaker than the FTC seems to think: It faces competition from gaming industry incumbents such as Sony, Nintendo, and Epic Games, and from other large tech companies such as Apple, Amazon, Google, Tencent, and Meta.

Indeed, the future of gaming will take place not just in the cloud, but also in the metaverse. In that regard, expanding its content portfolio to attract users won’t be enough for Microsoft to prevail. Even with the Activision acquisition, it will still need to build out further cloud and metaverse capabilities to provide the gaming experiences users will expect so they can play and work in blended environments.

So, the future of gaming won’t be determined by the Microsoft-Activision merger. But it could very well be undermined if the FTC succeeds in blocking the merger. Such regulatory action will stifle the process of creative destruction in the gaming industry by preventing Microsoft from challenging Sony and other incumbents with innovative new capabilities that would benefit consumers.