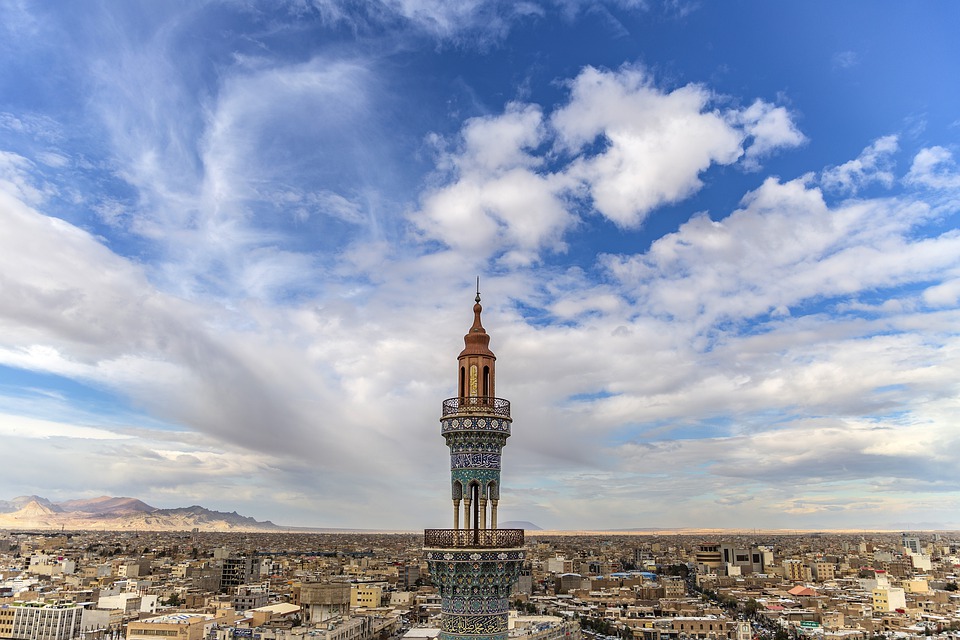 Thousands of courageous Iranians — chanting “Woman. Life. Freedom,” and “Death to the dictator” — are rebelling against Islamist dictatorship. The protests are extraordinary in their scale and moral focus. They erupted after the death of twenty-two-year-old Mahsa Amini in the custody of “morality police.” She had been stopped for wearing the compulsory hijab improperly, allowing some hair to be seen. For the last month, Iranian women have defied religious laws by publicly burning their hijabs, cutting their hair, and going unveiled. Joining them across Iran are men, high schoolers, college students, industrial workers.

One crucial thing Iranians need from us right now is also the one thing we vastly underappreciate: our moral endorsement.

What has the Biden administration done so far? It expressed a few words of support, sanctioned the “morality police” (not the regime itself), and permitted U.S. companies to provide Iranians internet access (which the rulers are choking off). True, this is more than the Obama administration did when it too faced a wave of historic protests in Iran. But that’s a low bar.

Obama’s response in 2009 illustrates by omission the unappreciated power of our moral endorsement.

At the time, hundreds of thousands of Iranians took to the streets, outraged at the more-egregious-than-usual rigging of elections. Then, as now, they opposed clerical rule, chanting “death to the dictator.” Then, as now, they risked death at the hands of regime enforcers, who fired live ammunition. Then, as now, Iran was a leader of the jihadist movement and culpable for the deaths of hundreds of Americans. Then, as now, the U.S. should have given its moral endorsement to the brave protesters resisting tyranny, by standing with them, speaking resolutely in their defense, and denouncing their oppressors.

But Obama’s response was worse than doing nothing. Obama embraced the regime and betrayed its victims. Initially the Obama administration avoided the issue, then issued a perfunctory statement about being “appalled and outraged.” These words proved hollow. Rather than condemn and shun a regime that murders people in the streets and that is a sworn enemy of the United States, Obama went on to emphasize that “the United States respects the sovereignty of the Islamic Republic of Iran.”

Obama was bent on engaging the Islamist regime in diplomacy. These talks accorded it an undeserved respectability and a flow of cash enabling it to cling to power. The resulting deal over Iran’s nuclear program involved a further betrayal. Iranian activists reasonably expected Obama to make such a deal contingent on Tehran’s giving some recognition to individual rights. But on that issue the agreement was deliberately silent. Obama’s policy made the United States an accessory to the theocracy’s crimes against its own people.

What today’s Iranian protesters urgently need is our vocal, staunch, uncompromising moral support and encouragement. If you wonder how much that could really matter, consider our response to another conflict: the Russia/Ukraine war.

When Putin’s forces invaded in February, it was a sobering moment. Jolted out of their self-delusions about the character of Putin’s regime, the U.S. and European nations rightly, if somewhat tepidly, spoke out in support of Ukraine and against Russia’s war. Countries from across the globe rallied to give Ukraine their moral support, along with arms and weapons technology, and they imposed an unprecedented array of sanctions on Russia.

While Russia tries to demoralize Ukrainians and break their resolve, our actions encourage them to fight on. Underscoring that solidarity are the Ukrainian flags on cars, homes, shops, restaurants around the world. By lending Ukrainians our moral sanction (and material to fight with), we express that they deserve to succeed, that we know Russia’s war is unjust.

There’s still more we should do in support of Ukraine and repudiation of Russia; for instance, imposing truly crippling embargoes on Moscow and expelling its diplomats from every country. Project how much better Ukraine’s chances would be, if we publicly and proudly stated a moral verdict on Putin’s Russia, and acted on it consistently.

The same goes for the Ayatollahs. Evading their own evil, they desperately seek to mask it from their victims and outsiders, and especially themselves. They try to rationalize their actions and deflect blame with propaganda, misinformation, and lies. For example, in defiance of the evidence, the Iranian regime claims that Mahsa Amini died because of a preexisting health issue, and that the protests are part of a conspiracy of foreign powers. What Iran (like Russia) wants is to be seen as a civilized, peaceful, and legitimate regime. We enable that fraud by granting Iran an undeserved moral endorsement.

We need to recognize just how consequential our moral endorsement really is.

Obama’s failure to lend moral support to Iranians in 2009 was a betrayal. Will we betray today’s Iranians protesters? Will we voice uncompromising support for the women and teenage girls who risk their lives to escape religious subjugation? And if we lack the courage to do that, how seriously should anyone take us when we speak of Iranian aggression against us?

A version of this article was originally published on October 18, 2022, in the Orange County Register and other Southern California Newsgroup papers. Copyright 2022 Ayn Rand Institute. All rights reserved. That the author/Ayn Rand Institute (ARI) has granted permission to Capitalism Magazine to republish this article, does not mean ARI necessarily endorses or agrees with the other content on this website.