The Orwellian "Build Back Better" and "Inflation Reduction Act" plunders from the future to gratify hoped-to-be-Democrat voters now. 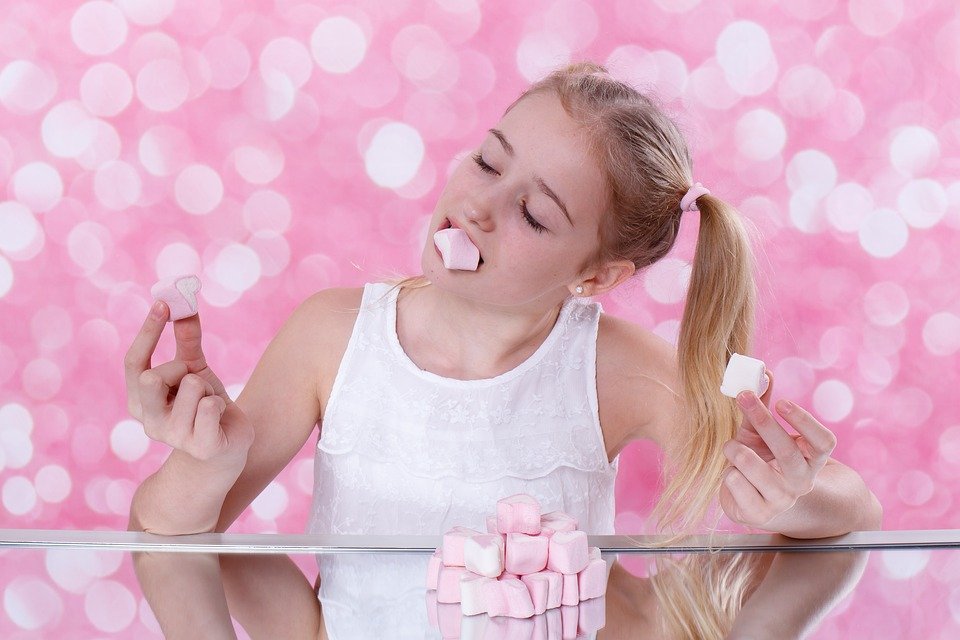 I have been reading a lot about President Biden’s latest “non-political” release from the Strategic Petroleum Reserve, and his student loan forgiveness plan, both coincidentally proposed shortly before 2022’s midterm elections. Then, on a night I was tossing and turning more than sleeping, my mind flashed from those policies to the famous Stanford marshmallow tests in the 1970s. That seems like a strange connection on the surface, but the ability to delay gratification, which is the subject of the marshmallow tests, is also the key to what Democrats claim as their greatest victories, and what they continue to mine in their efforts to buy votes.

For those who have not heard of the marshmallow test, the researchers were trying to “understand when the control of delayed gratification…develops in children.” The test presented young children with a choice. They could have a marshmallow as a treat now, or wait 15 minutes without giving into temptation, then have two marshmallows. Watching some of the children wrestling with that choice is great entertainment.

Researchers following up on the marshmallow tests found that children able to wait longer for the deferred rewards also performed better in various aspects of their later lives, such as higher SAT scores, educational attainment, body mass index, and other life measures. In the time since, following the science has led to several more studies with varying results (unlike recent times, when if politicians said “follow the science,” they meant “don’t even question that what we are telling you is true”). But that connection remains convincing to many, given how commonly mechanisms that lead to greater success involve delaying gratification, as with every sort of productive investment, education, and innovation.

Consider, in terms of the marshmallow test, choosing to draw down the strategic petroleum reserve to its lowest level in years. The point of the SPR was to assure a supply of oil when we might be cut off from access from outside sources of supply. That is, we delay gratification until then, when it would be most useful to Americans. But now is not that time. The point of draining the SPR is not to briefly mask the magnitude of the burdens of Democrat policies that cannot but reduce oil supplies and raise petroleum prices facing Americans (vividly illustrated by our sharp swing from becoming a net exporter of oil under Trump to begging for more oil from other countries now) at election time.

What about the higher education loan-forgiveness plan? If someone who went to college invested in acquiring skills worth more than they cost (as is implied when people laud education as the means to success) they got an asset worth more than their liability. They are better off than before. It is hard to see why such people, whose tuition was already heavily subsidized, should be further benefitted at others’ expense. On the other hand, if people did not invest in skills worth more than they cost (a choice they are largely responsible for, since a good education can be found in virtually any university) they should not have “invested” in that higher education. But a blanket loan-forgiveness plan tells both groups not to delay gratification until after they have paid back what they promised to pay, but to further gratify their current desires out of someone else’s pocket.

These two recent examples are not outliers among Democrat initiatives, either. Consider, for instance, what they frequently trumpet as their greatest triumphs, Social Security and Medicare,  in light of the marshmallow test.

Social Security is widely cited by Democrats as evidence that they are Americans’ saviors. But what it primarily did was give far greater benefits than costs to the startup generations, who paid low taxes for a short period of time in exchange for a lifetime of retirement benefits (as illustrated by Ida Mae Fuller, the first Social Security recipient). Those trillions of dollars of benefits, in excess of their cost, force costs, far in excess of benefits, on current generations, implemented by far higher tax rates on far more of their incomes for many more years. Social Security’s fourteen-digit unfunded mandate is the result of accelerating present gratification at the expense of future generations, failing the marshmallow test in a truly monumental way.

That same mechanism was repeated when Social Security gave birth to Medicare. Early generations paid taxes at lower rates for shorter period of time in exchange for lifetime health benefits, with later generations again forced to pick up the tab. And its unfunded liabilities now dwarf those of Social Security, evidence of even more accelerated gratification.

Similarly, think of all the “new and improved” spending Democrats always seem to be proposing, with names like Build Back Better (ignoring the fact that government restrictions destroyed the economy in the first place, or make the obviously false claim that they won’t cost Americans anything), or the Inflation Reduction Act that will not actually reduce inflation. The trillions in added deficits, blatantly ill-considered, ineffective and indefensible spending projects, are just another form of stealing from the future to gratify hoped-to-be-Democrat voters now.

Inflation, spawned by additional money creation which gives government a larger share of the resources of the economy (just ask, “who gets to spend that money first?”), goes even further as a way of letting those in government accelerate their gratification at citizens’ expense. And our latest dose is already starting to worsen the effects of other “give me what I want now at the expense of the future” programs, as by sharply raising the cost of financing the government debt into the future or by increasing Social Security inflation adjustments, which accelerate its looming inability to make its promised payments.

Over and over, when we look at what Democrats brag the most about and push hardest for, we find marshmallow-test failures. Their most prized accomplishments are about accelerating their favored groups’ gratification by creating additional burdens for others far into the future, the opposite of delaying gratification on a grander scale than any citizen could even contemplate. Their leading “new ideas” are creative only in finding new ways to do more of the same. In other words, the party most notable for its claims to care more about the future than anyone else actually threatens all future generations of Americans. If we can recognize how pre-schoolers can be doing themselves a disservice by failing to sufficiently defer gratification, we should be able to recognize the same sort of disservice to all of us from those sponsoring so many government policies that fail the marshmallow test.