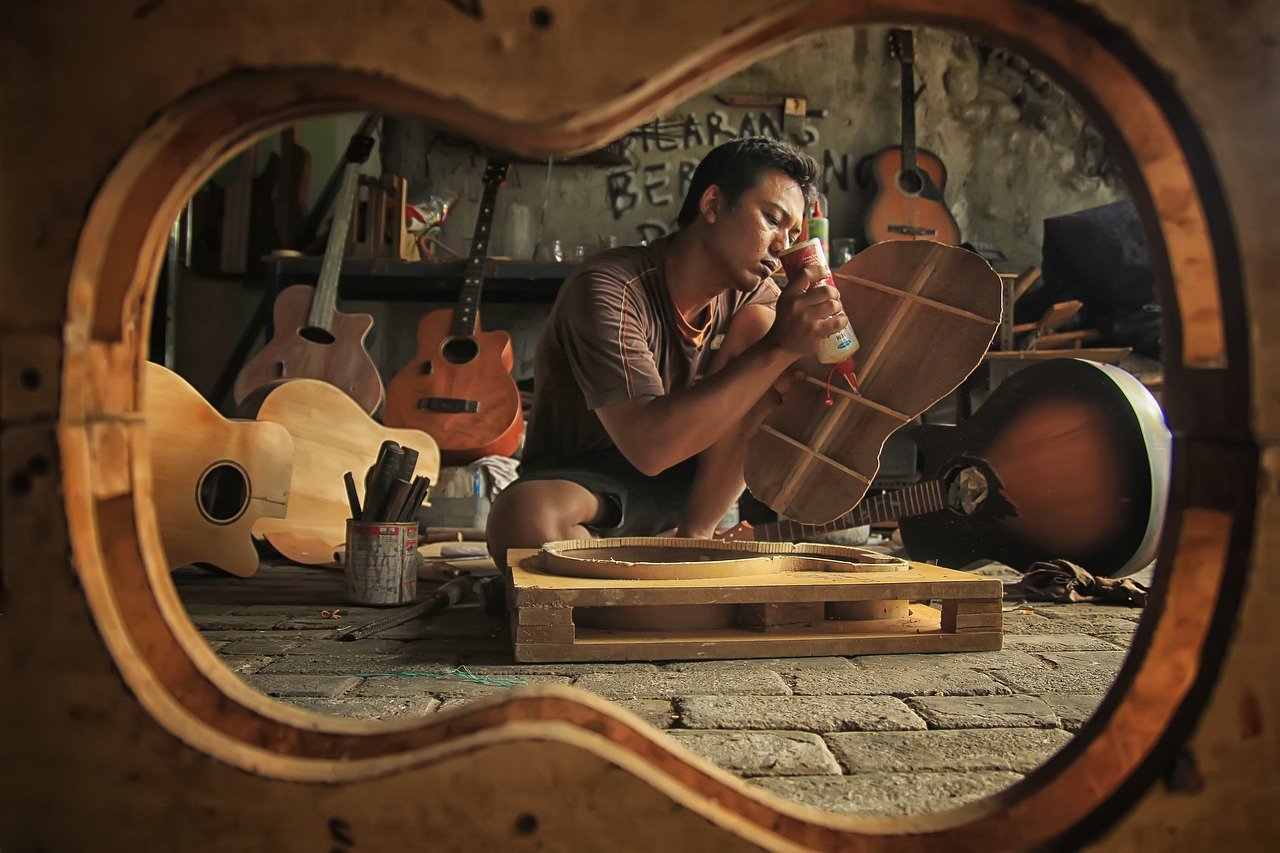 In a free market there is a tendency toward an equalization of wage rates for workers of the same degree of ability.

This is not to say that forty- or fifty-year-old workers suddenly give up their work of many years to change to a brand-new occupation in response to a 5 or 10 or even 20 percent difference in wages. No. In view of the costs and the various other problems such workers would have to incur in the learning of new skills, it would not pay them to switch occupations except in cases of extremely large differences in wages—brought about, for example, by their previous jobs being rendered obsolete through technological progress.

Now by the time young people are ready to begin preparing themselves for a career, there are very marked differences in their ability and willingness to learn. And, for this reason, the labor force necessarily assumes a hierarchical structure, with the tendency toward an equalization of wage rates being operative only within the respective levels of this structure, not throughout the structure as a whole.

Let us consider the wage rates of a number of skilled occupations, for example, the various building trades, such as carpenters, electricians, and plumbers, and other skilled occupations, such as printers, draftsmen, mechanics, and locomotive engineers. All of these occupations, and others of a similar nature, require the same basic level of intelligence and education on the part of the workers. As a result, they are all potentially capable of being performed by the same people. All of them, in effect, can be supplied with labor that is drawn from a pool of human talent on the same basic level. Because of men’s preference for a higher income over a lower income, this pool of talent naturally runs more heavily into those occupations which offer higher wages and less heavily into those which offer lower wages. As a result, there is a tendency toward an increase in the supply of labor in the better-paying kinds of skilled work and a decrease in the supply of labor in the poorer-paying kinds of skilled work. Since the effect of the increases in the supply of labor in the initially higher-paying fields is to reduce wages in those fields, while the effect of the decreases in the supply of labor in the initially lower-paying fields is to raise wages in those fields, the discrepancies in wages among the different kinds of skilled labor are narrowed, and thus these wage rates tend toward equality.

In exactly the same way, there is a tendency toward a uniformity of wages among the various unskilled or low-skilled occupations, such as assembly line workers, machine tenders, truck and bus drivers, clerks, stevedores, and so on. There is a tendency toward a further uniformity of wage rates among the various professions, such as doctors, lawyers, scientists, engineers, professors, and so on. In these cases, too, the original pool of talent flows into the various channels on its level in accordance with the wages to be made; and, in flowing more or less heavily, lowers or raises those wages, thereby reducing the discrepancies among them and driving them toward equality.

There are, of course, important differences in wages of a permanent nature even within the three broad groups of workers that I have delineated. At each level, there is a tendency for some particular occupations to earn more than others—for example, for doctors to earn more than professors, and for stevedores to earn more than clerks. There are also important differences in earnings within each occupation, especially at the professional level. For example, there are always some doctors or lawyers who earn five or ten times as much as the average of their profession, and there are some printers or mechanics who earn significantly more than others.

These differences are due in part to the existence of further categories of division in human ability. There are those who have the ability and willingness to learn how to be a doctor or lawyer, and others who have the ability and willingness to learn how to be a great doctor or lawyer. In other cases, willingness and ability to learn is not the sole criterion of division. Other factors have to be added. For example, in many types of work, especially unskilled work, it is necessary to possess a significant degree of physical strength. Those who have it are in a narrower category than those who do not and, accordingly, tend to be higher paid. In other cases, workers are differentiated by the special development of other physical or psychological potentials—such as muscular coordination, an ear for music, special visual acuity, and so on. In the case of great athletes, opera singers, musicians, and actors—all the really star performers—the combination of special characteristics is such as to make the labor of these persons virtually unique. As a result, when they are in demand, their earnings do not have any fixed limit in relation to the earnings of others, because no one is able to increase the supply of what they are offering. For the rest, the differences in wages within the various broad groups are the result of the fact that considerations other than money income are associated with each job. There are such considerations as how interesting or uninteresting is the work, how pleasant or unpleasant are the conditions of the work, how safe or dangerous is it, how regular is the employment, how long and how expensive is the special preparation required, and, perhaps, still other, similar considerations. Considerations of this kind explain, for example, why scientists tend to earn less, and tax lawyers more, than is commensurate with their respective levels of ability. In the one case, the work itself may be the highest pleasure in life to those who perform it; in the other, it is more likely to be experienced as painfully dull. As a result, those with the necessary ability to be scientists are willing to enter the field even to the point of accepting substantially lower wages in comparison with what they could earn elsewhere. By the same token, people would cease to enter such a field as tax law as soon as that field no longer offered significant monetary advantages over other fields they might enter. The principle that emerges is that any occupation which offers advantages other than income tends to offer correspondingly lower wages, while any occupation that imposes special disadvantages of any kind tends to offer correspondingly higher wages. These discounts and premiums in wages balance the special advantages and disadvantages of the various occupations. In sum, in a free market there are at least three principles of wage determination at work simultaneously. One is a tendency toward a uniformity of wages for labor of the same degree of ability. A second is a tendency toward unequal wage rates for labor of different degrees of ability—primarily intellectual ability, but also other abilities as well. And a third is a tendency toward the inclusion of discounts and premiums in wages as an offsetting element to the special advantages or disadvantages of the occupations concerned. The combined operation of these three principles helps to explain the full range of the various wage rates we observe in actual life.

Now, as far as it operates, the principle of the uniformity of wage rates is similar in its consequences to the uniformity-of-profit principle. That is, it serves to keep the various occupations supplied with labor in the proper proportions. Too many people do not rush into carpentering and not enough go into printing, say, because the very effect of such a mistake is to reduce the wages of carpenters and raise those of printers. This acts to delimit and counteract the mistake. In addition, the operation of this principle gives to consumers the ultimate power to determine the relative size of the various occupations. If, to continue with the same example, the consumers buy more printed matter and fewer products made of wood, then the effect of the change is to cause the demand for printers to rise and that for carpenters to fall. As a result, the wages of printers rise and more young men are induced to become printers, while the wages of carpenters fall and fewer young men become carpenters.

It should be realized, as this example of the printers shows, that in seeking to earn the highest wages, the individual worker is seeking to do the kind of work the consumers most want him to do. This is true of every individual who seeks to take the best-paying job he can find at any given level of ability or who seeks to raise his level of ability. For what enables any job to pay more is only the fact that the consumers want its products sufficiently. Let them decide to reduce their demand for its products, and the wages it pays will tend to fall, while if they raise their demand for its products, the wages it pays will tend to rise still higher.

Adapted from Reisman’s Capitalism: A Treatise on Economics, Chapter 6, The Dependence of the Division of Labor on Capitalism, “4. The Tendency Toward Uniform Wage Rates for Workers of the Same Degree of Ability” 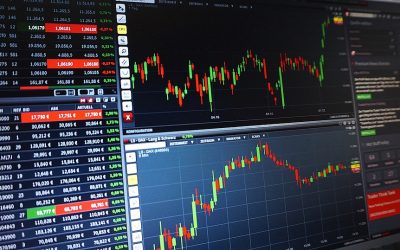