The Deadly Climate Obsession of Governments

Governments everywhere have been undermining productive work, driven by a destructive climate change ideology that has developed into an obsession: stopping greenhouse gas (GHG) emissions, despite human suffering. 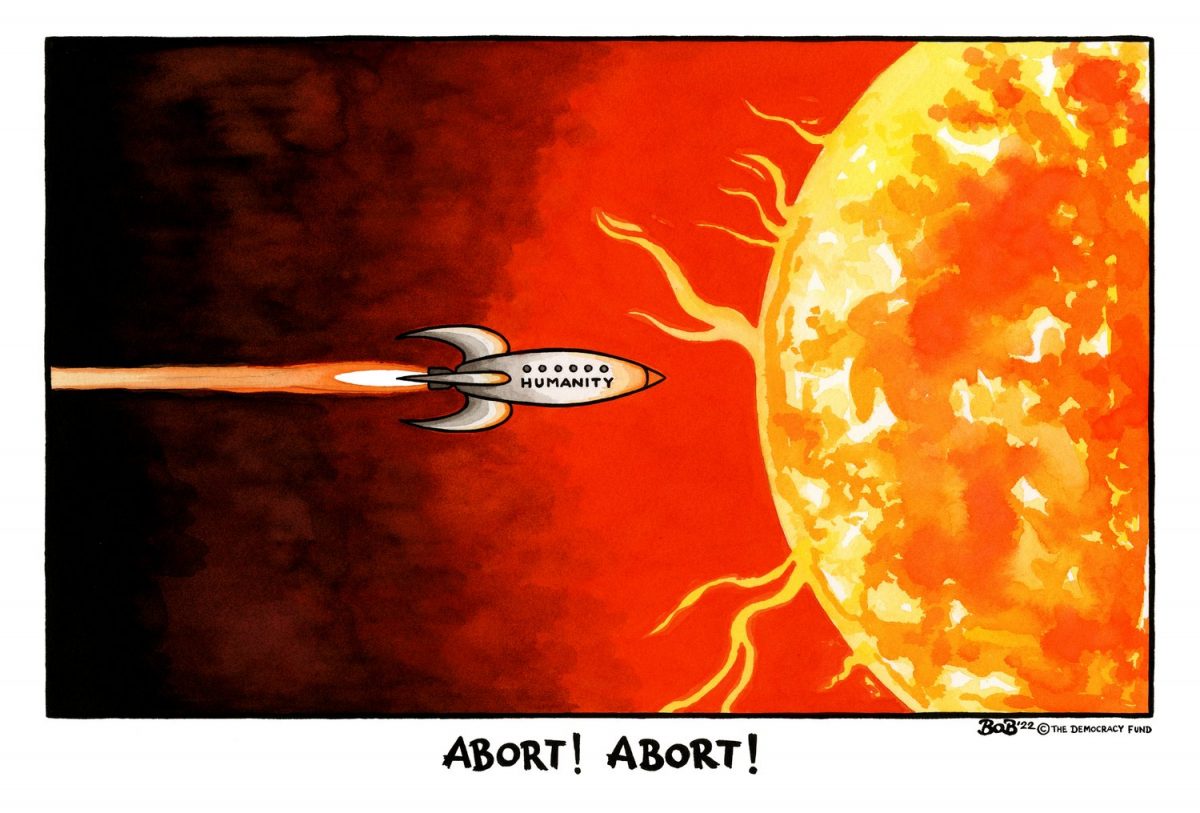 On Labor Day (and every day) we ought to celebrate productive work and those who perform it because productive work makes our life possible and gives it meaning. However, governments everywhere have been undermining productive work, driven by a destructive climate change ideology that has developed into an obsession: stopping greenhouse gas (GHG) emissions, despite human suffering.

Many commentators (such as Bjorn Lomborg and Canada’s Rex Murphy) have observed governments’ climate obsession and its detrimental effects.

In California, Norway, and elsewhere, politicians have banned the future sale of gas-powered cars, preventing access to transportation many people need to work.

The Canadian government has refused permits to build oil and gas pipelines and more recently, an LNG (liquefied natural gas) terminal on Canada’s East Coast to ship to Europe and beyond, denying affordable and reliable energy, work, and economic prosperity to many.

These and other actions of climate-change-obsessed politicians have had, and will have, further destructive effects.

Much of Europe is in an energy crisis, now that Russia has started a war and cut its natural gas exports. With the rising cost of energy, the prices of everything, from food to transportation, are climbing. Shortages of natural-gas-derived fertilizers are preventing farmers from producing food, leading to shortages and higher prices. Higher energy prices hamper or prevent not only farmers’ work  but that other of businesses, to the point of bankruptcy and the loss of work for their employees.

These effects are devastating and should give us pause. In Europe, people and their political leaders are already waking up to the reality of energy shortages. The German government is urging people to take shorter, or cold, showers and eat food that doesn’t require cooking, lest they run out of energy for heating this winter. (The government must know that five times more people each year die of cold than of heat).

We should realize that these destructive government actions that hamper our ability to work and live, if allowed to continue, will have also long-term effects. Blocking of new oil and gas facilities and pipelines and decommissioning coal and nuclear power plants mean loss of profits for business, which stunts job creation and economic growth. The less wealth businesses create, the less they are able to invest in innovation (including solutions for adapting to changing climate).

We can protest governments’ climate measures and point out their destructive effects. But our efforts will be futile in stopping them because the politicians will invent new ones (unless in the next election we can replace the current governments with better ones, which is unlikely). If we want to prevent destructive and deadly government actions in the long term, we must identify their fundamental cause – and fight that.

The fundamental cause for destructive government measures is their violation of an important principle crucial to human survival: the right to freedom.

The right to freedom, or liberty, is the right to think for oneself and make choices accordingly, about one’s work, one’s business, and one’s life (as long as those choices don’t involve physical force or fraud against others). Since we survive primarily by thinking and producing, the right to freedom, or liberty, is crucial to human life. We must first think to discover the necessary knowledge and then produce food, energy, shelter, tools, medicine, and other values that our life requires.

By forbidding us to produce, trade, and consume cost-effective, reliable energy for the sake of eliminating manageable GHG emissions and fighting climate change to which we can adapt, the government is taking away the freedom to work, produce, and thrive. Observe that the freest countries are the most innovative, productive, and wealthy (such as Singapore, Switzerland, and Luxembourg), whereas the least free countries (such as North Korea, Venezuela, and Cuba) are the most stagnant, least productive, and poorest.

To ensure that the right to liberty prevails, we need governments not to violate but to protect it without exceptions (through the police, the courts, and the military). It’s time to wake up to the reality of government’s violation of the right to freedom and its deadly consequences – and to fight back against their attempts to curtail our liberty. If we do that, we can continue to thrive and to celebrate our ability to work and produce, on Labor Day and beyond.