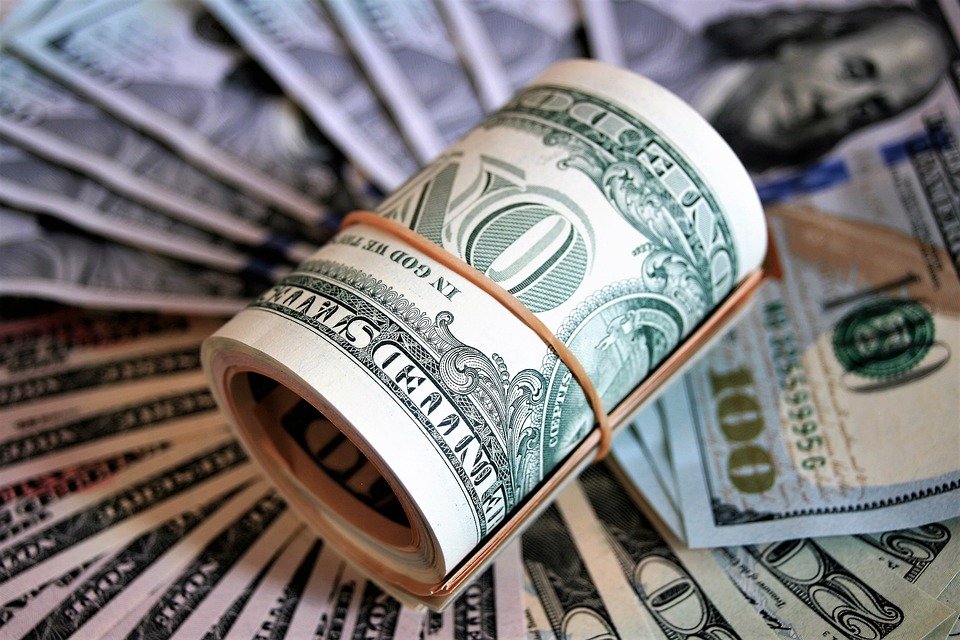 Money creation is a “black hole” in the universe of economic knowledge. Practically no one understands it.

I became aware of this fact a few years ago in a conversation with my daughter and her husband, who had just bought their first home. As we discussed their mortgage, I casually mentioned, “You know, it’s amazing that the $300,000 you borrowed for your home is brand new money created by the bank specifically for you. It’s money that never existed before.”

My daughter, a successful lawyer, looked at me as if I had lost my mind. My son-in-law, an executive at a large tech firm, scoffed: “No, you must mean the bank loaned us some other people’s savings. That’s what banks do. They lend out other peoples’ money when they’re not using it.”

I patiently explained that commercial banks do not lend out other peoples’ money. On the contrary, banks create new money every time they make a loan. My daughter politely listened because she knew of my long career in finance, including many years as a banking analyst, so perhaps she thought, “maybe Dad knows something.” My son-in-law was skeptical then and probably still is today.

Both my daughter and her husband are intelligent, successful professionals. They probably took a course on money and banking in college, but until our conversation that day, they knew nothing about money creation. I thought, if these two bright people don’t know, how many others are illiterate in money and banking?

Ignorance is often costly, and sometimes it is even deadly. Imagine you live in a community with an excellent water system that has supplied the townspeople with pure water for decades. The common belief among the citizens is that the water supply depends on regular rainfall from some unknown location. Despite this widespread ignorance, no harm comes to the town as long as the system keeps working.

But now imagine this water system has become unreliable. Perhaps enemy saboteurs want to contaminate your water or interrupt its supply to make your community vulnerable to attack. Without understanding your water system, how could you protect the lives of the townspeople? Without knowledge, all you can do is pray for rain.

We are like the ignorant townspeople if we fail to understand money creation and how its recipients spend it. Faced with inflation, all we can do is pray if we don’t understand our monetary system.

But we don’t have to wallow in ignorance. Humans created the problems associated with money creation, and humans can understand and solve those problems.

Why does money creation seem so mysterious? John Maynard Keynes’s answer was that money creation and its consequences are simply too complicated for the masses.

“Lenin is said to have declared that the best way to destroy the Capitalist System was to debauch the currency. By a continuing process of inflation, Governments can confiscate, secretly and unobserved, an important part of the wealth of their citizens. By this method they not only confiscate, but they confiscate arbitrarily; and, while the process impoverishes many, it actually enriches some. The sight of this arbitrary rearrangement of riches strikes not only at security, but at confidence in the equity of the existing distribution of wealth. Those to whom the system brings windfalls, beyond their deserts and even beyond their expectations or desires, become “profiteers,” who are the object of the hatred of the bourgeoisie, whom the inflationism has impoverished, not less than of the proletariat. As the inflation proceeds and the real value of the currency fluctuates wildly from month to month, all permanent relations between debtors and creditors, which form the ultimate foundation of capitalism, become so utterly disordered as to be almost meaningless; and the process of wealth-getting degenerates into a gamble and a lottery.  Lenin was certainly right. There is no subtler, no surer means of overturning the existing basis of Society than to debauch the currency. The process engages all the hidden forces of economic law on the side of destruction, and does it in a manner which not one man in a million is able to diagnose. ” [John Maynard Keynes, 1924, The Economic Consequences of the Peace, (emphasis added)]

Today’s widespread unfamiliarity with money and banking seems to support Keynes’s proposition. No profession is immune from this ignorance, including the politicians who supervise our bank regulators. In a recent paper titled Examining Modern Money Creation, Prof. Andrew Hook of Sussex University documented this sad fact.

“A study conducted by the University of Zurich in 2014 about the level of knowledge in the general population about the financial system….found that only 13 percent knew that private commercial banks provide the majority of the money in circulation; 73 percent mistakenly believed money is created by the state or by the Swiss National Bank. This ignorance extends to politicians, with a 2014 survey by the money reform group, Positive Money, finding that only 15 percent of UK Members of Parliament (MPs) realized that private banks create the money supply.” (emphasis added)

Even professional financial pundits and journalists lack basic knowledge of money creation. For example, they explain the slow growth of bank lending by saying “banks are not lending their deposits” or “banks are not lending their excess reserves.” However, banks do not lend out deposits, and they do not lend out their reserves. I’ll have more to say on this topic in Part Two of this series.

Even professional economists, including friends of the free market, are ill-informed about money creation. For example, many endorse the mistaken theory of the late Paul Samuelson. Samuelson, a 1970 Nobel laureate, said money creation begins with a cash deposit (false); that part of this deposit is loaned out (false); that no single bank can create money (false); and that only a network of banks can magically create money by a series of deposits and loans (false). Samuelson’s theory is widely held, but it is pure nonsense. (See Richard Werner for a full critique of the Samuelson doctrine.) Accepting it causes other errors that impair understanding.

Finally, I’ll highlight my survey of college textbooks, none of which get money creation right. I purchased three popular college-level books (pictured below) and reviewed their treatment of the subject. The most famous is Paul Samuelson’s Economics – the one in the photo is the original 1948 edition, and its most recent edition is still in use. The other two textbooks by Chechetti and Brandl are dedicated solely to money and banking. According to an old friend, who also happens to be a professor of economics at a reputed USA college, both the Chechetti and the Brandl books are widely used and represent how undergraduate colleges teach money and banking.

I’ve reviewed both books. Their explanations of money creation are demonstrably wrong at worst and confusing at best. (But don’t despair. In Part Three of this series, I’ll provide a list of scholars and sources that get money creation right, so stay tuned.)

Ignorance of money creation is indeed epidemic, but why? Is it possible Keynes was right – that only one person in a million can understand excessive money creation and its significant consequence, inflation?

The barrier to learning the basics of money creation works is not intellectual but psychological. John Kenneth Galbraith put his finger on it:

“The process by which banks create money is so simple that the mind is repelled. When something so important is involved, a deeper mystery seems only decent.” [J.K. Galbraith, Money, Whence it Came, Where it Went, 1975 London Penguin, p. 18-19)]

Although Galbraith’s Keynesian leanings do not inspire me, the man understood money creation in the modern economy. His psychological insight is valuable here.

The suggestion that money is “loaned into existence” strikes most people as absurd, like saying storks deliver babies or Santa Claus brings toys down the chimney. Hard-working people, proud that they have earned every penny of their money, receive this information as an insult to the mind. Their money is the frozen form of their toil, a tangible record of their productive life. If you tell them money emerges when a banker stikes a computer key, it seems to trivialize their life savings and all it represents. “Money-from-nothing” appears to defy common sense. As Galbraith says, “the mind is repelled.”

And yet, we trade bank deposits among ourselves daily, as money, without ever asking where these deposits came from. We fully accept their use but rarely question their origin. Quoting from Chapter 7 of Where Does Money Come From?

“Part of the widespread acceptance of bank deposits as payment may be due to the fact that the general public is simply not aware that banks do indeed create the money supply.”

So money creation is not a myth, but it is like learning that you were adopted after being raised by surrogate parents. Some facts are hard to accept even when you know they are true. Even so, as we will discuss in Part Two of this series, there are good reasons to trust our system of money creation as long as the government does not meddle in it.

Any literate person can comprehend money creation, and no background in finance or economics is required. The crucial first step is: do not allow your mind to be “repelled” by a correct explanation just because it sounds strange or unfamiliar.

Understanding money creation allows us to identify the pressure points governments use to influence public policy. We can better understand the buildup of unpayable sovereign debt. We can anticipate the financial repression coming our way, learn how to ensure our economic survival, and know why we must support political candidates committed to sound money.

Contrary to Keynes’s pessimistic decree, anyone willing to learn can become the “one in a million” able to diagnose all the “hidden forces of economic law on the side of destruction” unleashed by inflation.

Part Two, “Money Creation, Then and Now,” will compare money creation under a gold standard with the modern banking system. You may be surprised to learn the mechanics of money creation have not fundamentally changed for hundreds of years.

Part Three, “How to Tell If Money Creation Is Legitimate,” will present a simple framework to help you determine if any specific act of money creation is justified.