For much of human history, the ability to do work was limited by human and animal muscle. 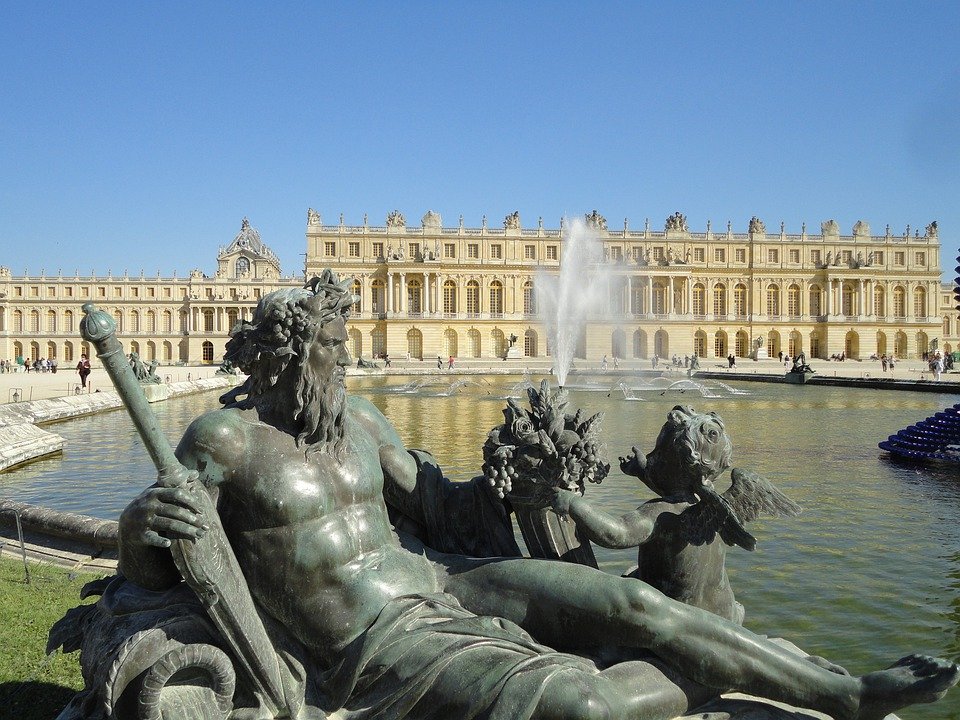 Labor Day can be celebrated as energy labor-saving day. Human productivity is enabled by the appliances and machines that run on mineral (dense) energies, whether petroleum for transportation or natural gas for industrial firing and home and commercial use. Electricity, too, is cheaply generated from natural gas, coal, and oil.

Energy is defined as the capacity to do work. Work is labor, and the more tasks that inanimate energy does, the greater human productivity and resulting leisure time.

For much of human history, the ability to do work was limited by human and animal muscle. It once took countless laborers to provide the luxuries now taken for granted. Approximately 400 prepared the meals for King Louis XIV and his guests at Versailles in the late 17th and early 18th century, for example, from hunting and gathering in the fields to serving plates of bountiful food.

Today, the supermarket has far more food choices than King Louis XIV had in the world’s richest city in Le Grand Siècle (the Great Century). Beyond sustenance, today’s energy-powered world would hardly be recognizable to a John D. Rockefeller or John Pierpont Morgan at the turn of the twentieth century in terms of communication, travel, and other goods and services.

To capture the concept of humanity freed by mineral energy, Buckminster Fuller coined the term energy slave in 1940. “Bucky saw that coal, oil and gas were batteries for ancient sunshine that allowed civilization to, for the first time, live beyond its [direct daily] solar income,” Stuart McMillen wrote in an illustrated pamphlet dramatizing Fuller’s insight.

Energy experts adapted the analogy but would have preferred the term energy worker. “Mineral energy provides a greater concentration of power than could the most ingenious and efficient use of untold human and animal labor,” wrote Gloria Waldron and J. Frederic Dewhurst in Power, Machines, and Plenty (1948). A few years later, Erich Zimmermann stated in World Resources and Industries (2nd ed.):

The shift to machine power changed America from a rural agricultural nation to an industrial giant. It also made men’s lives easier and richer. In 1850, the average American worked seventy hours a week. Today he works forty-three.

The average workweek for an adult American is now 35 hours, according to the U.S. Bureau of Labor Statistics. That person in the office and at home employs hundreds of energy workers without realizing it, allowing free time and an unprecedented quality of leisure when off the clock.

The energy-slave metaphor has been twisted into a negative by some energy critics. In The Energy of Slaves: Oil and the New Servitude, Andrew Nikiforuk wrote:

Both Aristotle and Plato described slavery as necessary and expedient. We regard our new hydrocarbon servants with the same pragmatism. To many of us, our current spending of fossil fuels appears as morally correct as did human slavery to the Romans or the Atlantic slave trade to seventeenth-century British businessmen.

Surely the author was not trying to evoke pity for anthropomorphized chunks of coal and barrels of oil. And it is beyond odd when “freeing” such “servants” means returning to the drudgery of a human- and animal-powered world. Nikiforuk then mentioned yours truly as a trafficker of such “pseudoscientific absurdities” as open-ended progress fueled by energy growth. He stated:

Bradley … claims that the world’s material progress is “the result of advances in energy technology made by people living in freedom” and so will continue unerringly…. Bradley does, however, acknowledge the importance of inanimate slaves. Thanks to hydrocarbons, the proportion of industrial work performed by human hands in the United States has fallen over the last hundred years from 90 percent to 8 percent. This blessed emancipation has given each American the fossil-fuel equivalent of about three hundred slaves, and Bradley predicts that the number of virtual slaves will only grow.

Guilty, as charged. I cannot disagree with Thomas Edison who remarked a century ago:

I am ashamed at the number of things around my house and shops that are done by … human beings. Hereafter a motor must do all the chores.

All Americans should appreciate mineral energies for creating and running countless machines and appliances. Expect ever greater progress and higher productivity under economic and energy freedom. Take a day off for a long weekend—or more—in good conscience this Labor Day.