California Does Not Have Enough Power to Deal with Its Heat Wave, How Will It Meet Its New Rules for Electric Vehicles?

California is having trouble keeping the lights on during the upcoming heat wave. So, it is unclear how the state intends to find reliable electricity to fuel the massive numbers of electric vehicles being forced on California’s new vehicle sales. 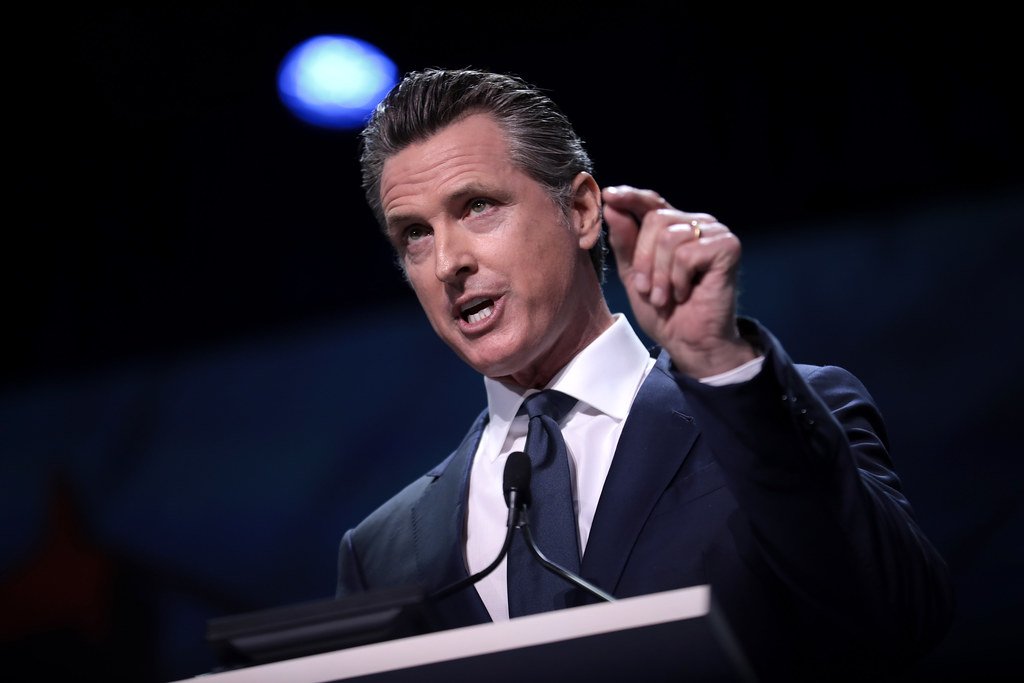 According to the National Weather Service, a record-breaking heat wave hit California over Labor Day weekend, bringing temperatures of 115 degrees Fahrenheit in the state’s inland valleys and 100 degrees along the coast. The California Independent System Operator used “all available resources” to prepare for the heat wave, the most severe this year, and asked Californians to make voluntary energy cuts, including turning up air conditioning units to 78 degrees or higher, turning off large appliances and unnecessary lights and avoiding charging electric vehicles. The California Independent System Operator’s warning came just days after the state announced that it is putting a ban on internal combustion engine (ICE) vehicle sales by 2035 with specific targets for electric vehicle sales in interim years.  It also comes on the heels of local governments outlawing new natural gas appliances and hookups, which will drive electricity demand further.

By lowering power usage, officials indicated that “more drastic measures, including rotating power outages,” would be avoided. The independent system operator may issue a series of emergency notifications to access additional resources and prepare market participants and the public for potential energy shortages and the need to conserve via Flex Alerts. During a “Flex Alert,” residents are encouraged to reduce energy consumption, particularly from 4:00 pm to 9:00 pm — the hours in which “demand for electricity remains high and there is less solar energy available.”  Many arrive home from work during that period, and seek to cook, relax and watch television, as well as turn their air conditioner lower.

The heat wave started in the southern part of the state and then proceeded to the northern regions over the holiday weekend. Temperatures reached all-time highs in many parts of state, including the state capital of Sacramento, which reached 115 degrees on Monday with the previous record being 109 degrees. The heat is also expected to affect other parts of the west, including Washington State, Idaho, western Montana and Oregon.

California, the nation’s largest car market, will be ramping up its electric vehicle sales, phasing out the sale of gasoline and diesel vehicles within the next 13 years. All new cars, trucks, and SUVs will be required to run on electricity, 32 percent of which is currently generated by natural gas, or hydrogen. The rule requires that the state reach 35 percent electric vehicle sales by 2026, 68 percent by 2030, and 100 percent by 2035. During the first 3 months of 2022, 16 percent of the new cars sold in California were zero-emissions, up from 12 percent last year. Californians who have gasoline-powered vehicles will be allowed to continue driving them and can continue buying used internal combustion engines, but no new models will be sold in California after 2035. Of course, the government can later ban used internal combustion car sales, as well.

Reports have indicated that California’s electric grid might not be ready for the ban on fossil fuel vehicles, even without the year’s hottest days putting an extra strain on the system. California’s grid does not currently have the capability to add millions of battery electric or even fuel-cell electric vehicles. For it to be feasible by 2035 will depend upon whether the state will make investments in the grid. The state’s heavy reliance on solar and other renewables — upon which it intends to depend for 60 percent of its energy by 2030 — has proven destabilizing in recent years. In 2020, the state’s residents endured rolling blackouts, which made the state generate more electricity from natural gas in 2021 to avoid similar blackouts and to add expensive batteries to back-up intermittent wind and solar power. California now has one of the highest electricity prices in the nation. In May 2022, California’s residential electricity prices ranked second highest, second to Hawaii, totaling 27.02 cents per kilowatt hour—81 percent higher than the national average.

The Western States Petroleum Association indicated that the “electrification of the transportation sector will increase demand by around 300,000 gigawatt-hours statewide, which would be equivalent to a doubling of present electricity demand. Charging an electric vehicle is like adding one or two air conditioners to a residence in terms of its energy demand increase, and many household have multiple vehicles. According to Southern California Edison, it is investing $5 billion in modernizing the grid so there will be sufficient energy when the sale of gasoline-powered cars in the state ends.

There is also the issue of whether there will be enough charging stations to service all the vehicles. As of January 2022, California had 837,887 light-duty electric vehicles (i.e. battery electric, plug-in hybrid, and fuel cell) and 1,943 medium- and heavy-duty electric vehicles. The state plans to have 1.5 million zero-emissions vehicles on its roads by 2025 and at least 5 million on its roads by 2030. According to a 2021 California Energy Commission report, in order to support 5 million electric vehicles, California will require over 700,000 public and shared private chargers. Later, that same agency indicated the state will require 1.2 million chargers by 2030. California currently has 79,023 public and private electric vehicle chargers—only 6.4 percent of what it will need in 2030.

Another issue is where the critical minerals such as nickel, lithium and cobalt needed for electric vehicle batteries will come from. While the United States has some of these minerals, regulatory roadblocks and lawsuits from environmentalists are in the way from developing those mining industries. A new mine in the United States can take seven to 10 years to complete all the permitting and paperwork before going online while in Canada and Australia, that process only takes two to three years. The only electric vehicles that will be eligible for the $7,500 tax credit in the climate/tax bill (the so-called Inflation Reduction Act) are ones that are made in North America using batteries with minerals obtained from U.S. mines or from its allies. These requirements are largely viewed as unachievable by many observers because of the auto industry’s heavy reliance on battery materials and components from China.

For electric vehicles to represent 100 percent of new car sales in line with California’s goal in 2035 — 17 million annually — current lithium carbonate equivalent production would only meet 0.05 percent of total domestic EV battery pack demand. A US Geological Survey estimated that to fully electrify its vehicle fleet, the United States will need 1.27 million and 160,000 metric tons of battery-grade nickel and cobalt per year, respectively — both of which exceed total global production in 2021. The United States currently has one operating nickel mine, in Michigan, whose resources are expected to be exhausted by 2026. In January, the Biden administration revoked the federal leases for the Twin Metals mine in Minnesota that contains copper, nickel, cobalt, and platinum-group elements and environmentalists have several mines tied up in law suits such as the Thacker Pass lithium mine in Nevada. The International Energy Agency estimates that the world will need roughly 20 times as much nickel and cobalt by 2040 as it had in 2020, and 40 times as much lithium.

California’s new rules for electric vehicles limit options to achieve carbon neutrality in the transportation sector and are more aggressive than President Biden’s goal of having electric vehicles account for 50 percent of new vehicle sales by 2030. According to oil refiners and ethanol producers, who support achieving carbon neutrality in the transportation sector, California’s push to eliminate gasoline- and diesel-fueled vehicle sales by 2035 is misguided because it eliminates consumer choice, limits innovation and jeopardizes progress towards shared climate goals. Policies that dictate technology winners and losers have backfired historically, rarely delivering the desired results. If the Environmental Protection Agency (EPA) grants California’s waiver to phase-out ICE vehicle sales, which it still has to do for it to go into effect, the new rules will severely limit options and raise the cost of vehicle ownership for California consumers, while putting more strain on an already-overburdened electric grid. Even traditional media sources which generally cheerlead for electric vehicles have begun to raise questions about their performance and utility.

Other States Will Be Affected

About a dozen other states will be affected if the EPA approves the waiver for California. A governor to one of those states, Virginia’s Governor Youngkin, wants to stop the ban from going into effect in his state, calling the ban “ridiculous.” Virginia’s former governor, Democrat Ralph Northam, signed legislation in 2021 tying the state’s emissions policies to the California Air Resources Board, putting Virginia on a path to adopting California’s new rules. Youngkin wrote in a statement on Twitter, “Now, under that pact, Virginians will be forced to adopt the California law that prohibits the sale of gas and diesel-fueled vehicles.” “I am already at work to prevent this ridiculous edict from being forced on Virginians. California’s out-of-touch laws have no place in our Commonwealth,” he continued.

California is having trouble keeping the lights on during the upcoming heat wave. So, it is unclear how the state intends to find reliable electricity to fuel the massive numbers of electric vehicles being forced on California’s new vehicle sales. Not only is having enough reliable electricity a problem—double its current amount by 2035—it needs more charging stations and critical minerals to make the batteries for the electric vehicles. While the United States has critical minerals underground, regulatory barriers and environmental lawsuits are keeping those from developing into working mines. Further, California’s new rules pick winners and losers, which historically have not proven to deliver the desired results. California’s rules are bedlam and are likely to be unachievable, particularly if other states follow California’s lead.  The Biden administration is expected to approve California’s rules, as they are pushing to catch up with Europe in energy and transportation policies, whose policies are resulting in soaring energy prices.