Europe’s move toward decarbonization 30 years ago has resulted in skyrocketing energy prices, the need for severe conservation, possible rationing that could shut down entire industrial sectors and likely future blackouts. 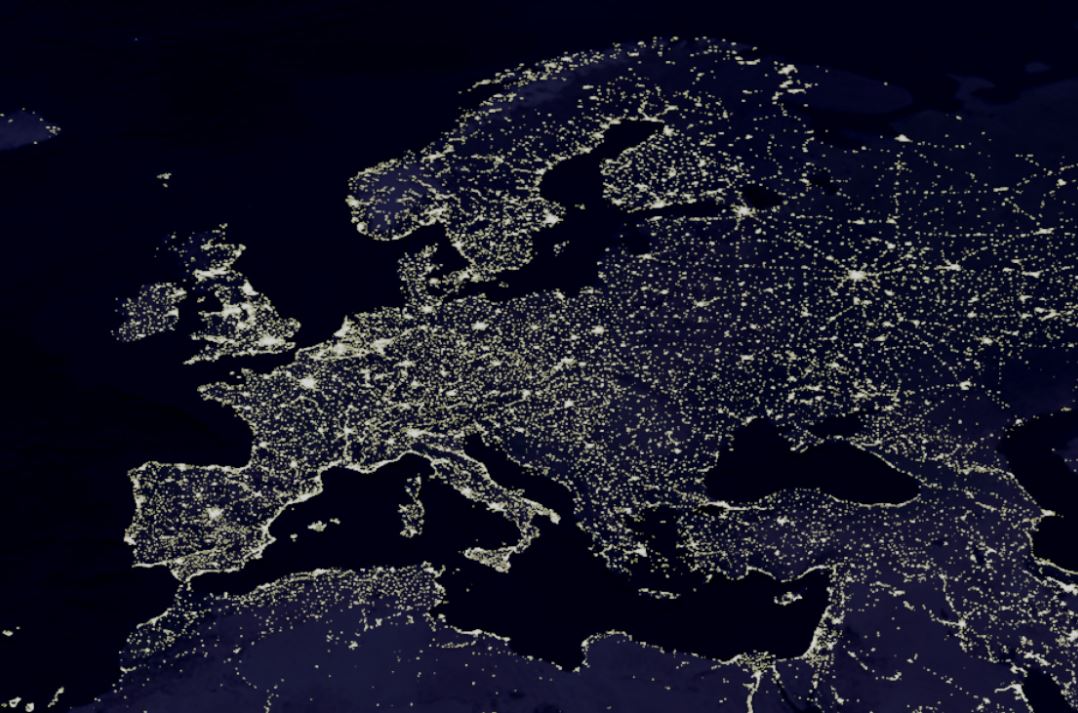 But that is exactly what President Biden is doing.

Europe’s move toward decarbonization 30 years ago has resulted in skyrocketing energy prices, the need for severe conservation, possible rationing that could shut down entire industrial sectors and likely future blackouts. It is the result of the continent moving to unreliable and intermittent renewable energy before it was ready to replace fossil fuels and being overly dependent on Russia for natural gas—the backup fuel to renewables. European countries have closed coal and nuclear plants as part of the “green transition.” Now, national and local governments across Europe are pushing to curtail energy usage as Russia cuts its natural gas shipments in response to Western sanctions from Russia’s invasion of Ukraine.

Europe’s energy prices began to skyrocket when demand started coming back after COVID lockdowns were lifted. Along with the higher demand, the continent was experiencing lower wind resources, so more backup power was needed, which was supposed to come mainly from natural gas with Russia supplying the majority of it via pipeline. Russia, however, started cutting back on gas shipments to Europe even before its invasion of Ukraine due to supposedly needing the gas for themselves, and then slowly curtailed more gas shipments with the Nord Stream 1 pipeline now operating at only 20 percent capacity. After Russia invaded Ukraine, Germany also pulled the plug on Nord Stream 2, on which President Biden had lifted sanctions in May, 2021.

To deal with the limited gas imports from Russia, in early August, the European Union approved a request that member states reduce gas consumption by 15 percent — a request that several members initially balked at. In Spain, the government announced restrictions on commercial air-conditioning, which may not be set below 27 degrees Celsius, or almost 81 degrees Fahrenheit, and it maxed out heating at 66 degrees Fahrenheit through 2023. Spain has mandated that automatic doors be installed to ensure air does not escape. The government estimates changes in behavior could reduce energy demand by 5 percent in the short term. Italy limited air conditioning in public buildings to no lower than 77 degrees Fahrenheit and capped heating around 70 degrees Fahrenheit. Hungary instructed schools to look into wood-burning to keep warm.

In France, “urban guerrillas” are taking to the streets, shutting off storefront lights to reduce energy consumption. In the Netherlands, a campaign called Flip the Switch is asking residents to limit showers to five minutes and to drop air-conditioning and clothes dryers entirely. Some public pools had to lower temperatures, city centers are losing overnight lighting and fountains are running dry. Belgium reversed plans to retire nuclear power plants, and Germany, having ruled out such a possibility in June, is now considering it.

The UK is bracing for potential blackouts and soaring electricity rates. Under the government’s latest “reasonable worst-case scenario,” Britain could face an electricity capacity shortfall totaling about a sixth of peak demand, even after emergency coal plants have been fired up. Under that outlook, below-average temperatures and reduced electricity imports from Norway and France could expose four days in January when the UK may need to trigger emergency measures to conserve gas. UK power bills are set to hit $5,000 a year, which will drive one-third of households into “fuel poverty.” About 10.5 million households will be in fuel poverty for the first three months of next year, meaning that their income after paying for energy will fall below the poverty line.

Heavy industry may be faced with shutdowns as electricity prices and inflation soar. Some chemical, fertilizer and steel plants are already shutting down. Manufacturers depend on natural gas both as a source of energy and a raw material in production. Ammonia, used to make fertilizer, accounts for around 70 percent of the natural gas Europe uses as a raw material and has been hit particularly hard by shut downs. Natural gas prices in Europe are around $60 per million British thermal units—about 7 or 8 times higher than the price in the United States of around $7 to $8. At that cost, it is equivalent to about $360 per barrel oil and so those who can are switching to oil because it is much cheaper.

The sacrifices could increase in the coming months, as countries dependent on Russian gas brace for winter and the possibility of a total shut-off. Russia is using natural gas as a weapon and trying to supply just enough gas to Europe to keep Europe in a perpetual state of panic about its ability to have enough energy for this coming winter. Hydraulic fracturing is not allowed by most governments in Europe, so they have not developed their resource the way the United States has. Europe has been finding other natural gas supplies, but governments are realizing that those supplies are not going to be sufficient. European leaders realize they need to curb demand and to prepare for the possibility of severe energy rationing this winter.

Nowhere is the transition to renewable energy and dependence on Russian gas more obvious than Europe’s economic powerhouse, Germany. Under former Chancellor Angela Merkel, the country embarked on the so-called “Energiewende” to transition to “green” energy, like wind and solar. Germany provided hundreds of billions of dollars to the “green transition” while closing baseload coal plants and shunning their own potentially bountiful natural gas reserves. Merkel even began the policy of closing nuclear power plants after the Fukushima nuclear accident in Japan in 2011. Now, Germany’s economy is teetering on the brink of ruin, and officials are concerned about social upheaval and widespread unrest if things really take a turn for the worse this winter.

The pitfalls of this misguided energy policy are obvious – wind and solar power need tremendous amounts of backup fuel sources given their intermittent nature, which is why Europe and Germany in particular became addicted to cheap Russian gas. The more renewables Germany built, the more dependent it became on Russian’s energy to back them up.

Unfortunately, for the United States, the Biden administration wants to walk in Europe’s footsteps regarding energy and climate policy. The Biden administration joined Europe in committing to the goal of “net zero” greenhouse gas emissions in the coming decades. But that goal will just make energy prices skyrocket. While gasoline prices have come down, they are still unnecessarily high because of President Biden’s war on fossil fuels. Despite the president’s talk of pro-oil production, his actions are the opposite. There is zero indication he will substantively change course when it comes to implementing climate policies similar to the ones that Europe implemented. Biden’s policies will just make the United States become dependent on the Chinese Communist Party for the critical minerals to power Biden’s “green” revolution, since China is the world’s largest supplier of the minerals and processing that underpin “green energy” manufacturing.