Climate and Tax Bill: Biden Will Continue to Use Regulation to Meet His Climate Goals

The Inflation Reduction Act is now the climate and tax bill because politicians no longer can claim that it reduces inflation. 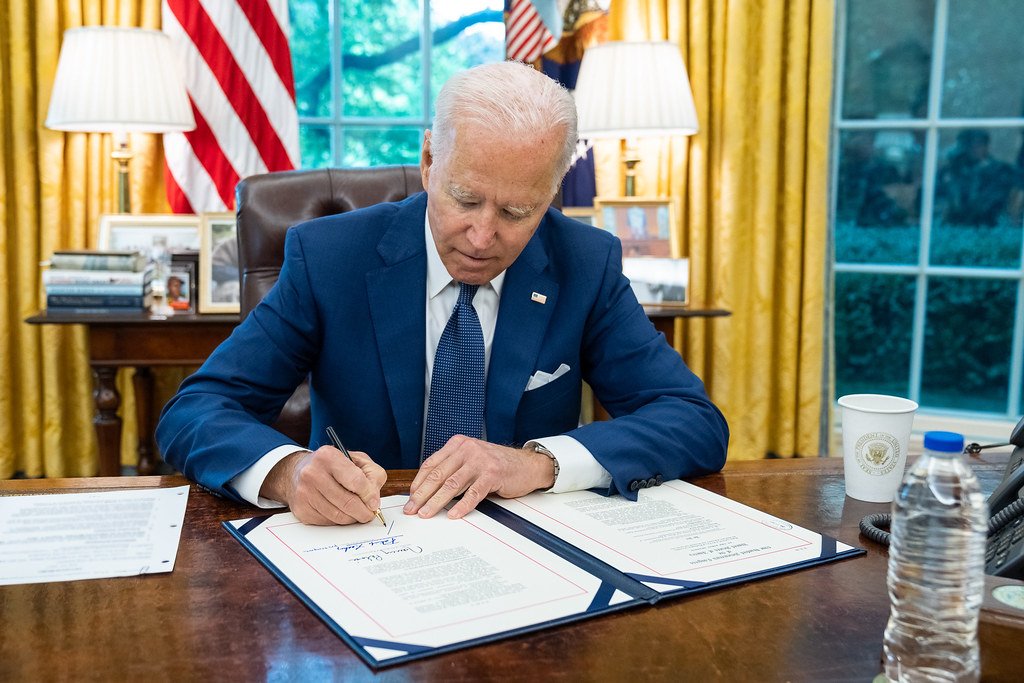 Biden’s climate and tax bill, the so-called Inflation Reduction Act, and last year’s infrastructure law will supposedly cut emissions by 40 percent by 2030—close to Mr. Biden’s goal of cutting emissions roughly in half by then, according to Biden’s Department of Energy. To close the gap between DOE’s estimates and Biden’s promises, the White House intends to pursue new regulations through the Environmental Protection Agency (EPA). The new climate and tax bill provides billions of dollars to the EPA to reduce emissions from power plants and help to fund the development of wind, solar and other non-carbon emitting power sources. The law also encourages states to adopt California’s plan to phase out gas-powered vehicles by 2035. The administration believes it has help in the regulatory arena due to the language in the bill that identifies carbon dioxide produced by the burning of fossil fuels as an “air pollutant.” Others doubt that is the case since the climate and tax bill was passed via budget reconciliation–a category of legislation focused on government spending and revenue, where significant changes in law are proscribed. Because it is not definitive, the new language will not stop new lawsuits and regulatory fights.

Regulation combined with the new legislation and action from states is what President Biden intends to use to meet his promise to cut greenhouse gas emissions by 50 percent, compared to 2005 levels, by the end of the decade. Biden plans to deploy a series of measures, including new regulations on emissions from vehicle tailpipes and power plants and oil and gas wells. EPA is working to develop a new rule for coal-fired power plants and gas plants that will conform with the recent Supreme Court’s mandate that ruled out requiring utilities to switch from coal to wind or solar power. According to Gina McCarthy, a climate tsar, the government is working on new regulations on soot and other traditional pollutants, which she argues is a way of cutting carbon emissions. The EPA also has been working on a rule to regulate methane, which is expected to be finalized later this year. A separate regulation to curb vehicle tailpipe emissions could be issued next year.

President Biden expects the expansion of federal loan programs that is contained in the Inflation Reduction Act to help meet his goal by providing more money to renewable energy and converting plants that run on fossil fuels to nuclear or renewable energy. The law authorizes as much as $350 billion in additional federal loans and loan guarantees for energy and automotive projects and businesses. The loans are in addition to the provisions in the climate and tax bill that offer incentives for electric cars, solar panels, batteries, and heat pumps. The hope is that the money will help futuristic technologies that banks might find too risky to lend to or projects that are just short of money. These loans are reminiscent of the failure of Solyndra, a solar company that had borrowed about $500 million from the Energy Department, during the Obama administration, when similar climate and energy policies were tried. In that Green Energy spending program, large political contributors received funds from the DOE under President Obama and his Vice President Biden, who oversaw the program.

Last month, the Energy Department lent $2.5 billion to General Motors and LG Energy Solutions to build electric-car battery factories in Michigan, Ohio and Tennessee. The department’s loan program office is reviewing 77 applications for $80 billion in loans sought before the climate and tax law was passed. The “Inflation Reduction Act” will add $100 billion to existing loan programs for financing production of electric vehicles and for projects on tribal lands. It will also add up to $250 billion in new loan guarantees and $5 billion to support the costs of loan programs.

IRA Referred to as Climate and Tax Bill

The Inflation Reduction Act is now the climate and tax bill because politicians no longer can claim that it reduces inflation. Now they claim that it will lower energy prices for Americans. But, those lower prices do not occur until 2030, when annual energy bills are expected to be reduced by $16 to $125 per household due to the bill. Democrat politicians, however, are claiming that the reductions are around $1,000 per household and are avoiding telling their constituents that the lower costs do not occur until 2030. So far, the addition of renewable energy to the electric grid has not resulted in lower electricity prices.

In fact, prior to 2030, homeowners can expect to spend a lot more on energy as options will be whittled down and technologies will need to be replaced to conform to the new system of renewable energy and electric vehicles. Supply will become unreliable as the favored technologies of wind and solar are intermittent and require major investment in transmission that is sorely missing from the new climate and tax bill. Americans can expect huge increases in electricity prices from offshore wind and battery back-up as these technologies are very expensive and are at the heart of Biden’s plans. And taxpayers will be footing the bill for the transition the climate and tax bill advocates. That means, many Americans will be charged twice for increasingly unreliable and expensive energy.

Biden is grateful to have signed the climate and tax bill into law for it supposedly gets him 80 percent of the way to his emissions reduction goal in 2030 that he promised early in his Presidency. His administration believes they can get to the rest of the reduction through regulation and state action. The EPA is working on rules that will be promulgated during the next 2.5 years of Biden’s presidency that cover the power sector, oil and gas production and transportation, but have yet to be shared with the American public and the businesses that must conform.  Because of the massive changes contemplated in the law in the allowed energy uses and the prices people will need to pay for them, it is likely the courts will be actively employed to ensure it is done legally.  Americans may end up paying much more for energy, but it is evident that for lawyers, it will prove a windfall.