The Mighty Gorsuch vs. the Administrative State: Quotes from West Virginia vs. EPA

Justice Gorsuch rules against the dictatorship by the administrative state, in favor of the system established by the Constitution’s framers. 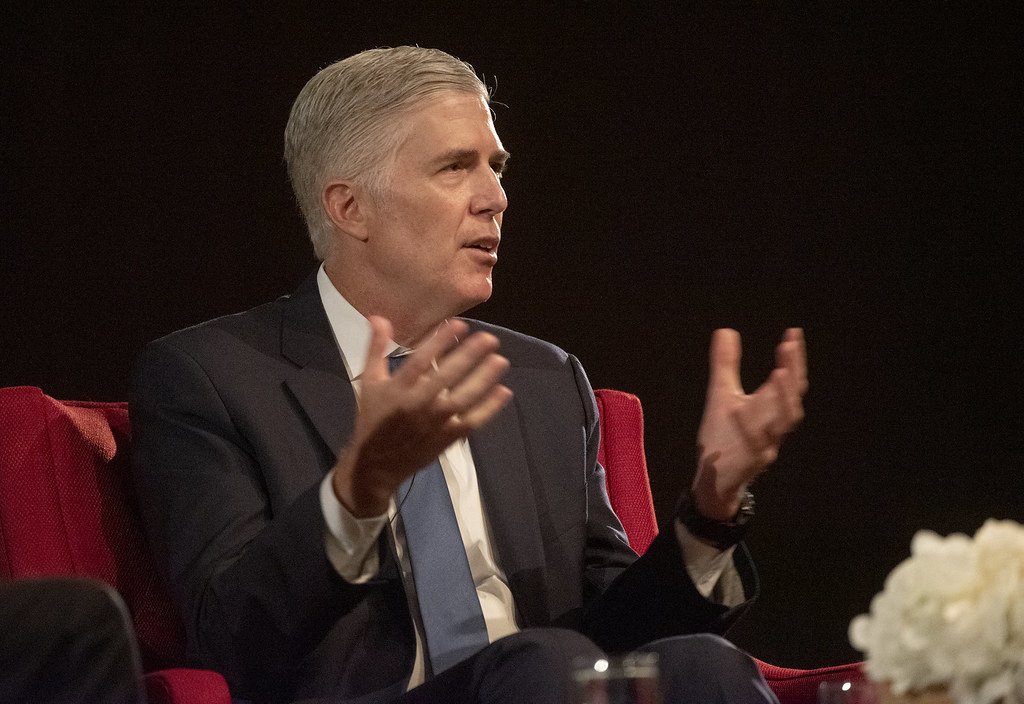 The power of the administrative state to destroy liberty and property – to blast through legislation, science, and judicial oversight – was never more on display than in the last two and a half years. One would hope that the deep bureaucracies would have learned their lessons on how not to respond to a new pathogen. There is no evidence they have.

Regardless, the real problem is much deeper. It has to do with the status of the administrative state as the effective governing apparatus of the US. It’s not Congress and not the President. It’s the vast and permanent bureaucracy of 432 agencies and 2.9M bureaucrats who are unreachable by any standard of personnel management.

Dealing with this problem absolutely requires that we get back to fundamentals on what kind of society we want and what is the role of government.

These issues are newly alive, and have come up with a Supreme Court decision in West Virginia vs. Environmental Protection Agency. The EPA had long imposed an expansive view of its discretion under the Clean Air Act. The court said no: the EPA has been acting illegally all along. This decision echoes a similar federal court decision in Florida concerning the CDC’s mask mandate. The court said the CDC is acting illegally.

Just because the EPA is tasked with certain acts of administration doesn’t mean it can do whatever it wants in service of the goal. “We would not expect the Department of Homeland Security to make trade or foreign policy even though doing so could decrease illegal immigration,” said the main opinion.

Clearly we have a problem that cries out for a mighty rethinking of everything. Just such a statement has been made in the concurring opinion of Justice Neil Gorsuch. Here are some choice sections:

But no less than its rules against retroactive legislation or protecting sovereign immunity, the Constitution’s rule vesting federal legislative power in Congress is “vital to the integrity and maintenance of the system of government ordained by the Constitution.” It is vital because the framers believed that a republic—a thing of the people—would be more likely to enact just laws than a regime administered by a ruling class of largely unaccountable “ministers.” The Federalist No. 11, p. 85 (C.Rossiter ed. 1961) (A. Hamilton). From time to time, some have questioned that assessment.

And right here, following great quotations from the Federalist Papers, Gorsuch adds a devastating footnote, one of the best I’ve read in modern court documents. It concerns the legacy of President Woodrow Wilson. Check it out:

For example, Woodrow Wilson famously argued that “popular sovereignty” “embarrasse[d]” the Nation because it made it harder to achieve “executive expertness.” The Study of Administration, 2 Pol. Sci. Q. 197,207 (1887) (Administration). In Wilson’s eyes, the mass of the people were “selfish, ignorant, timid, stubborn, or foolish.” Id., at 208. He expressed even greater disdain for particular groups, defending “[t]he white men of the South” for “rid[ding] themselves, by fair means or foul, of the intolerable burden of governments sustained by the votes of ignorant [African-Americans].” 9 W. Wilson, History of the American People 58 (1918). He likewise denounced immigrants “from the south of Italy and men of the meaner sort out of Hungary and Poland,” who possessed “neither skill nor energy nor any initiative of quick intelligence.” 5 id., at 212. To Wilson, our Republic “tr[ied] to do too much by vote.” Administration 214.

Ouch. So much for the Founding Father of Progressivism!

But by vesting the lawmaking power in the people’s elected representatives, the Constitution sought to ensure “not only that all power [w]ould be derived from the people,” but also “that those [e]ntrusted with it should be kept in dependence on the people.” Id., No. 37, at 227 (J. Madison). The Constitution, too, placed its trust not in the hands of “a few, but [in] a number of hands,” ibid., so that those who make our laws would better reflect the diversity of the people they represent and have an “immediate dependence on, and an intimate sympathy with, the people.” Id., No. 52, at 327 (J. Madison).Today, some might describe the Constitution as having designed the federal lawmaking process to capture the wisdom of the masses. See P. Hamburger, Is Administrative Law Unlawful? 502–503 (2014).

Admittedly, lawmaking under our Constitution can be difficult. But that is nothing particular to our time nor any accident. The framers believed that the power to make new laws regulating private conduct was a grave one that could, if not properly checked, pose a serious threat to individual liberty…. As a result, the framers deliberately sought to make lawmaking difficult by insisting that two houses of Congress must agree to any new law and the President must concur or a legislative supermajority must override his veto.

Permitting Congress to divest its legislative power to the Executive Branch would “dash [this] whole scheme.” …In a world like that, agencies could churn out new laws more or less at whim. Intrusions on liberty would not be difficult and rare, but easy and profuse. See The Federalist No. 47, at 303 (J. Madison); id., No. 62, at 378 (J. Madison). Stability would be lost, with vast numbers of laws changing with every new presidential administration. Rather than embody a wide social consensus and input from minority voices, laws would more often bear the support only of the party currently in power. Powerful special interests, which are sometimes “uniquely” able to influence the agendas of administrative agencies, would flourish while others would be left to ever-shifting winds. Finally, little would remain to stop agencies from moving into areas where state authority has traditionally predominated.

Fascinating: this sounds exactly like the world we’ve lived in since lockdowns!

He continues with a history lesson, citing all the important law papers and books.

With the explosive growth of the administrative state since 1970, the major questions doctrine soon took on special importance…. In the 1960s and 1970s, Congress created dozens of new federal administrative agencies. Between 1970 and 1990, the Code of Federal Regulations grew from about 44,000 pages to about 106,000. Today, Congress issues “roughly two hundred to four hundred laws” every year, while “federal administrative agencies adopt something on the order of three thousand to five thousand final rules.” Beyond that, agencies regularly “produce thousands, if not millions,” of guidance documents which, as a practical matter, bind affected parties too.

And while we all agree that administrative agencies have important roles to play in a modern nation, surely none of us wishes to abandon our Republic’s promise that the people and their representatives should have a meaningful say in the laws that govern them…. When Congress seems slow to solve problems, it may be only natural that those in the Executive Branch might seek to take matters into their own hands. But the Constitution does not authorize agencies to use pen-and-phone regulations as substitutes for laws passed by the people’s representatives. In our Republic, “[i]t is the peculiar province of the legislature to prescribe general rules for the government of society.” Because today’s decision helps safeguard that foundational constitutional promise, I am pleased to concur.

To be sure, such high philosophy and clear thinking on representative democracy does not on its own dismantle the beast, but this case did rule against the EPA just as previous decisions have ruled against the CDC. It’s a great start. More than that, the Court seems finally to have gained clarity on the real problem, the complete distortion of the system established by the Constitution’s framers in favor of an indefensible dictatorship by the administrative state.

If this is where American jurisprudence is headed – all in reaction to the utter shock that came with the lockdowns and mandates – we have every reason for long-term optimism. 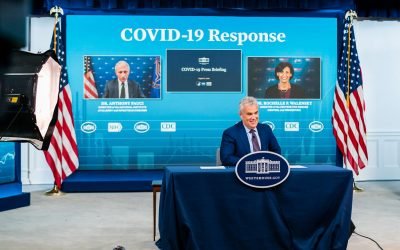 The Astonishing Implications of Schedule F

The gradual rise of the 4th branch of government (the administrative “deep state” bureaucracy) which is very much the most powerful branch – has reduced the American political process to mere theater as compared with the real activity of government, which rests with the permanent bureaucracy.