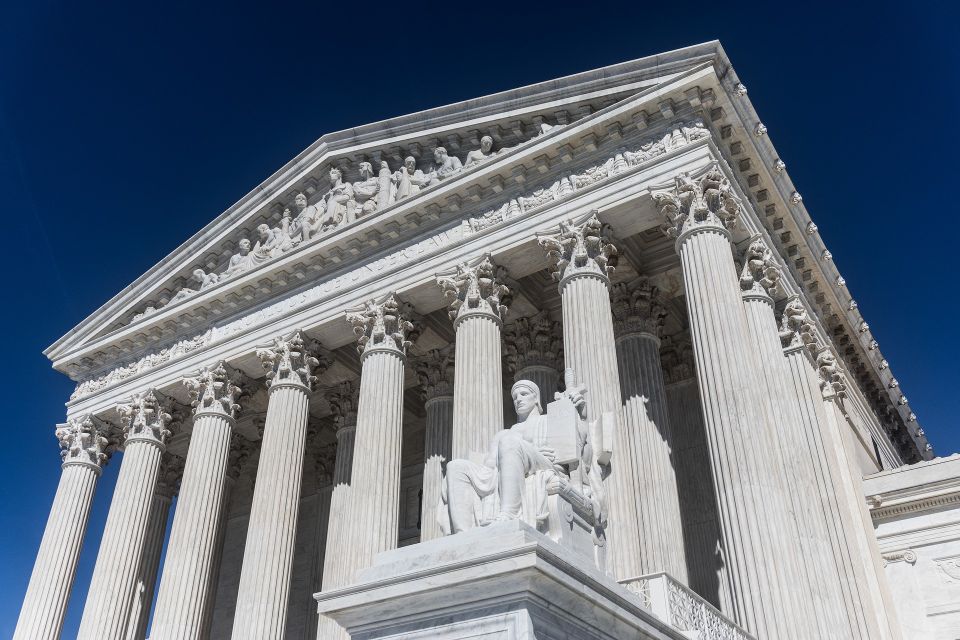 With a 6 to 3 vote, the U.S. Supreme Court ruled that the Environmental Protection Agency (EPA) lacks broad authority to regulate greenhouse gas emissions from power plants under the Clean Air Act.  Obama’s EPA’s Clean Power Plan unlawfully relied on generation shifting (i.e. the replacement of coal with renewable energy) to set standards for coal- and gas-fired power plants — finding that section 111(d) of the statute did not provide sufficient clarity to take such an approach. The agency still has authority over individual power plants, but it will now be more constrained by the law in designing those regulations.

In 2015, Obama’s EPA issued a new rule concluding that the “best system of emission reduction” for existing coal-fired power plants included a requirement that such facilities reduce their own production of electricity, or subsidize increased generation by natural gas, wind, or solar sources.  It was stayed by the Court in 2016 but revived by the D.C. Circuit Court of Appeals last year. The rule would have effectively required coal and gas-fired generators to subsidize renewables. It was, in essence, industrial policy under the auspices of the Clean Air Act. Prior to the 2015 Obama rule, the EPA had used the provision only a few times to regulate pollutants from discrete sources.

Writing for the majority, Chief Justice Roberts explains that the EPA does not have such authority. Whatever authority the EPA does have to mandate that utilities adopt the “best system of emission reduction” that “has been adequately demonstrated,” it does not extend to what the Obama Administration had proposed in the Clean Power Plan (and the D.C. Circuit had embraced): basing emission limits on generation shifting. Congress did not give EPA the authority to adopt such regulation on its own in Section 111(d). A decision of such magnitude and consequence rests with Congress itself, or an agency acting pursuant to a clear delegation from that representative body, according to the Court. The judgment of the Court of Appeals for the District of Columbia Circuit is reversed, and the cases are remanded for further proceedings consistent with this opinion.

President Biden has directed his administrative agencies to do whatever they can get away with in order to pursue his vision of climate change, which he repeatedly has dubbed “an existential threat.”  His domestic climate czar Gina McCarthy and his international czar former Secretary of State John Kerry have been vested with enormous latitude to press governmental action on matters they argue will affect the world’s climate.  Ms. McCarthy, for example, has promised “to use the president’s executive authority” even if congress fails to enact legislation.  The Supreme Court decision reins in the Administration by insisting its actions be consistent with the law.

This is an important decision for Americans who are suffering from high energy prices or insecurity of energy supply because EPA cannot make blanket regulations on energy that Americans require to continue their standard of living. Rather, the decision indicates elected officials in Congress will have to make that type of determination. Regardless, Biden’s EPA will continue to use regulation to reduce energy from fossil fuels wherever it can.