It is not enough that China is buying Russian oil at a discount due to western sanctions put on Russia because of its invasion of Ukraine, but now President Biden’s Department of Energy is selling China oil from the U.S. Strategic Petroleum Reserve (SPR). 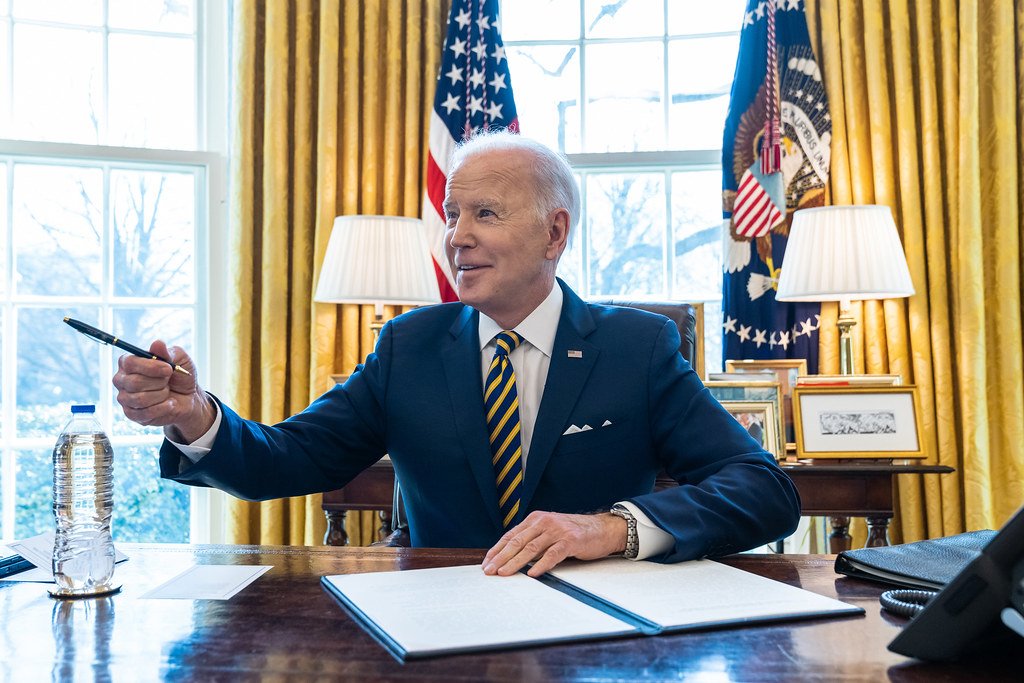 President Joe Biden signs an Executive Order banning the import of Russian oil, Tuesday, March 8, 2022, in the Oval Office of the White House.

It is not enough that China is buying Russian oil at a discount due to western sanctions put on Russia because of its invasion of Ukraine, but now President Biden’s Department of Energy is selling China oil from the U.S. Strategic Petroleum Reserve (SPR)—a source that is meant for national emergencies that Biden has been depleting since last November in hopes to lower gasoline prices that have been escalating due to his energy policies.

The SPR was established by the 1975 Energy Policy and Conservation Act to help the U.S. mitigate the impacts of future “severe energy supply interruptions.” But, Biden has sold more than five million barrels of oil from the SPR to European and Asian nations instead of U.S. refiners, compromising U.S. energy security. Biden’s Energy Department in April announced the sale of 950,000 barrels from SPR to Unipec, the trading arm of the China Petrochemical Corporation, which is wholly owned by the Chinese government.  China purchased that oil from U.S. emergency reserves to bolster its own stockpile. China has been buying large amounts of oil for its reserves since the early COVID lockdowns when prices were low due to demand destruction.

Biden ordered the Department of Energy to release a total of about 260 million barrels of oil stored in the SPR over the last eight months. The SPR’s level has fallen to about 492 million barrels of oil, the lowest level since December 1985, according to the Energy Information Administration. The current level is 20 percent lower than its level recorded days prior to Biden’s first release in late November.

That is in contrast to President Trump, who in March of 2020, ordered the Department of Energy (DOE) to fill the SPR to its maximum capacity by purchasing 77 million barrels of American-made oil beginning with an initial purchase of 30 million barrels.

According to U.S. Customs data, about 470,000 barrels of oil from the Big Hill SPR storage site in Texas was shipped to Trieste, Italy, which is the source of a pipeline that sends oil to refineries in central Europe. Atlantic Trading & Marketing, an arm of French oil major Total Energies, exported 2 cargoes of 560,000 barrels each. Cargoes of SPR oil were also exported to the Netherlands and to a refinery in India, and a third cargo was headed to China. At least one cargo of oil from the West Hackberry SPR site in Louisiana was set to be exported in July, according to Reuters.

China spent $18.9 billion on Russian oil, gas and coal in the three months that ended in May—almost double the amount from a year earlier, according to customs data. The higher spending is helping make up for decreased purchases from the United States and other nations that have stopped or slowed buying Russian energy because of its invasion of Ukraine. China is buying essentially everything that Russia can export via pipelines and Pacific ports, according to the Finland-based Center for Research on Energy and Clean Air that has tracked Russia’s energy flows since the start of the war. China is the world’s biggest energy importer and has dedicated pipelines for Siberian oil and gas. It has also contracted for larger amounts, which new pipeline infrastructure will deliver. Even as its energy consumption was curbed over the first half of 2022 mainly due to COVID-19 lockdowns, China spent far more on Russian energy due to higher prices and small increases in volumes. Russia has long-standing trade and strategic relationships with China, and along with offering steep price discounts is also accepting payments in local currency to help keep trade flows strong.

China’s imports of Russian oil increased 28 percent in May from the previous month, hitting a record high and helping Russia overtake Saudi Arabia as China’s largest supplier. Although South Korea and Japan have cut back on Russian oil, those volumes are a fraction of what is being bought by China and India. The shift has allowed Moscow to maintain its production levels. Despite Russian oil being sold at a steep discount, soaring energy prices have led to an increase in oil revenue for Russia, which took in $1.7 billion more in May than it did in April, according to the International Energy Agency. 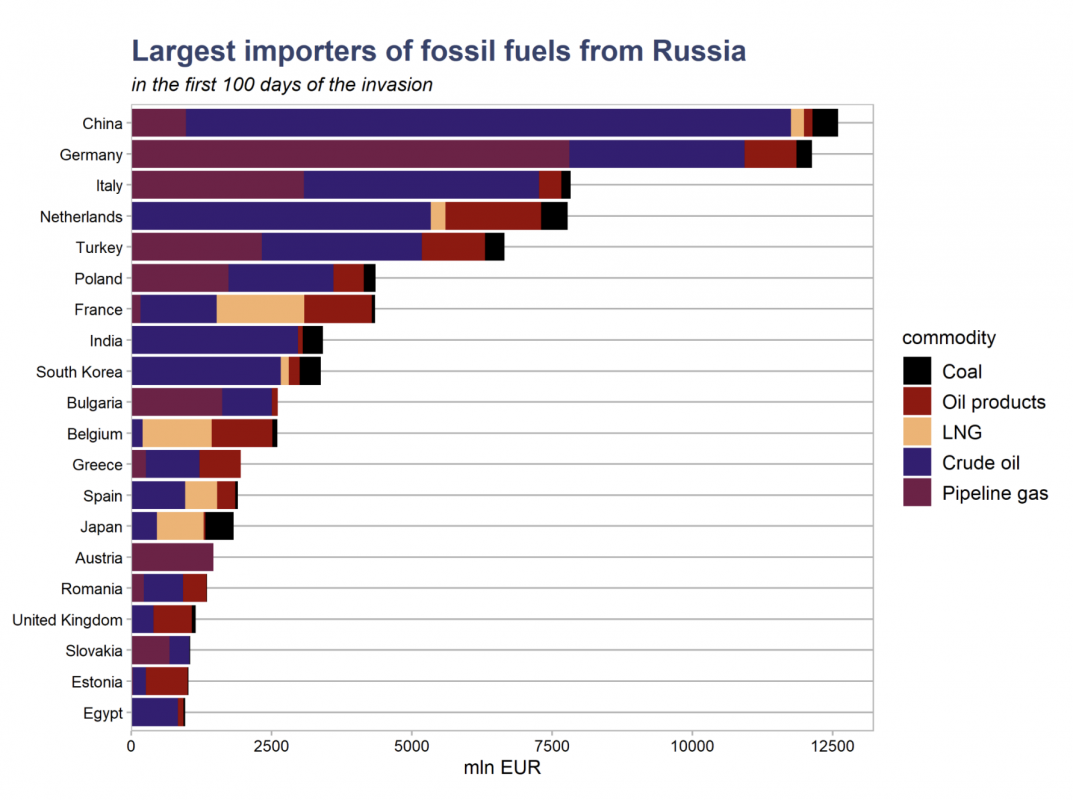 Russian oil sales dropped by 554,000 barrels a day to Europe from March to May, while Asian refiners increased their take by 503,000 barrels a day — nearly a replacement of one for one. Of those, 165,000 barrels are going to China from eastern Russian ports instead of the Baltic and Black Sea ports that traditionally supply Europe. Russian sales to India reached a record 841,000 barrels a day in May, eight times the annual average from last year. J.P. Morgan commodities experts estimate that China can buy an additional million barrels of Russian oil a day as China recovers from COVID lockdowns and adds to its strategic oil stockpiles with cheap Russian oil. Russian Urals oil is selling for a $30 discount to Brent oil.

The emergency reserves of oil that are in the Strategic Petroleum Reserve are designed for international crises or for natural disasters, instead of being used for mitigating bad energy policy as Biden is doing. Some have suggested that he has transformed the SPR into the “Strategic Political Reserve,” implying his sales are political responses to his aggressive assaults against domestic energy production. With Biden supplying global oil markets with U.S. oil from the Strategic Petroleum Reserve, he is depleting our oil reserves and hurting U.S. national security, while China is adding to its national reserves by buying SPR oil from Biden’s Department of Energy and by also buying cheap oil from Russia.