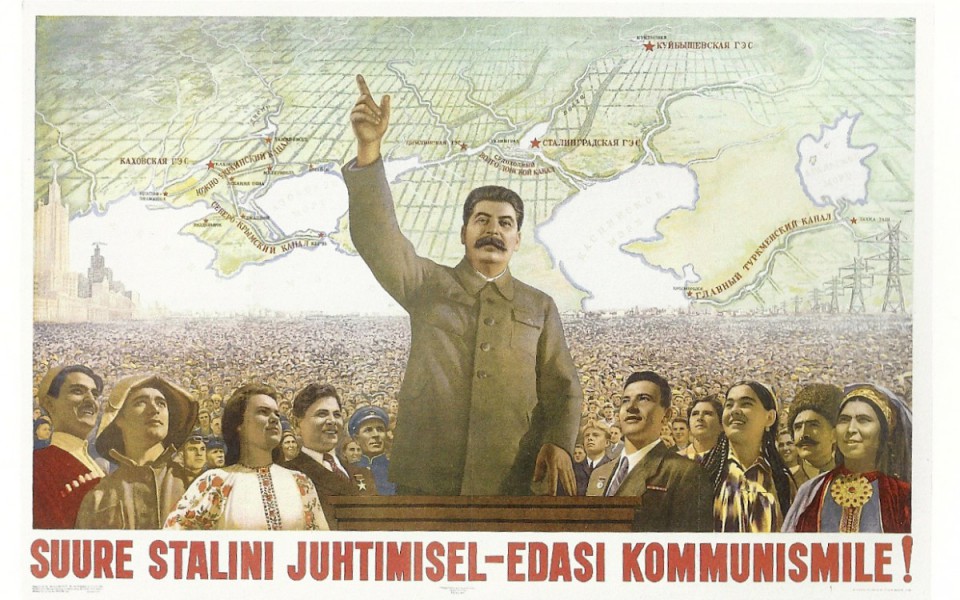 When it comes to choosing between socialism and capitalism as an economic system, the problem is somewhat different. The authors of socialism never suspected that modern industry, and all the operations of modern business, are based on calculation. Engineers are by no means the only ones who make plans on the basis of calculations, businessmen also must do so. And businessmen’s calculations are all based on the fact that, in the market economy, the money prices of goods inform not only the consumer, they also provide vital information to businessmen about the factors of production, the main function of the market being not merely to determine the cost of the last part of the process of production and transfer of goods to the hands of the consumer, but the cost of those steps leading up to it. The whole market system is bound up with the fact that there is a mentally calculated division of labor between the various businessmen who vie with each other in bidding for the factors of production–the raw materials, the machines, the instruments–and for the human factor of production, the wages paid to labor. This sort of calculation by the businessman cannot be accomplished in the absence of prices supplied by the market.

At the very instant you abolish the market–which is what the socialists would like to do–you render useless all the computations and calculations of the engineers and technologists. The technologists can give you a great number of projects which, from the point of view of the natural sciences, are equally feasible, but it takes the market-based calculations of the businessman to make clear which of those projects is the most advantageous, from the economic point of view.

The problem with which I am dealing here is the fundamental issue of capitalistic economic calculation as opposed to socialism. The fact is that economic calculation, and therefore all technological planning, is possible only if there are money prices, not only for consumer goods but also for the factors of production. This means there has to be a market for raw materials, for all half-finished goods, for all tools and machines, and for all kinds of human labor and human services.

When this fact was discovered, the socialists did not know how to respond. For 150 years they had said: “All the evils in the world come from the fact that there are markets and market prices. We want to abolish the market and with it, of course, the market economy, and sub­stitute for it a system without prices and without markets.” They wanted to abolish what Marx called the “commodity character” of commodities and of labor.

When faced with this new problem, the authors of socialism, having no answer, finally said: “We will not abolish the market altogether; we will pretend that a market exists; we will play market like children who play school.” But everyone knows that when children play school, they do not learn anything. It is just an exer­cise, a game, and you can “play” at many things.

This is a very difficult and complicated problem and in order to deal with it in full one needs a little more time than I have here. I have explained it in detail in my writings. In six lectures I cannot enter into an analysis of all its aspects. Therefore, I want to advise you, if you are interested in the fundamental problem of the impossibility of calculation and planning under socialism, read my book Human Action, which is available in an excellent Spanish translation.

But read other books, too, like the book of the Norwegian economist Trygve Hoff, who wrote on economic calculation. And if you do not want to be one-sided, I recommend that you read the highly-regarded socialist book on this subject by the eminent Polish economist Oskar Lange, who at one time was a professor at an American university, then became a Polish ambassador, and later returned to Poland.

You will probably ask me: “What about Russia? How do the Russians handle this question?” This changes the problem. The Russians operate their socialistic system within a world in which there are prices for all the factors of production, for all raw materials, for everything. They can therefore employ, for their planning, the foreign prices of the world market. And because there are certain differences between conditions in Russia and those in United States, the result is very often that the Russians consider something to be justified and advisable–from their economic point of view–that the Americans would not consider economically justifiable at all.

The “Soviet experiment,” as it was called, does not prove anything. It does not tell us anything about the fundamental problem of socialism, the problem of calculation. But are we entitled to speak of it as an experiment? I do not believe there is such a thing as a scientific experiment in the field of human action and economics. You cannot make laboratory experiments in the field of human action because a scientific experiment requires that you do the same thing under various conditions, or that you maintain the same conditions, changing perhaps only one factor. For instance, if you inject into a cancerous animal some experimental medication, the result may be that the cancer will disappear. You can test this with various animals of the same kind which suffer from the same malignancy. If you treat some of them with the new method and do not treat the rest, then you can compare the result. You cannot do this within the field of human action. There are no laboratory experiments in human action.

The so-called Soviet “experiment” merely shows that the standard of living is incomparably lower in Soviet Russia than it is in the country that is considered, by the whole world, as the paragon of capitalism: the United States.

Of course, if you tell this to a socialist, he will say: “Things are wonderful in Russia.” And you tell him: “They may be wonderful, but the average standard of living is much lower.” Then he will answer: “Yes, but remember how terrible it was for the Russians under the tsars and how terrible a war we had to fight.”

I do not want to enter into discussion of whether this is or is not a correct explanation, but if you deny that the conditions are the same, you deny that it was an experiment. You must then say this (which would be much more correct): “Socialism in Russia has not brought about an improvement in the conditions of the average man which can be compared with the improvement of conditions, during the same period, in the United States.”

In the United States you hear of something new, of some improvement, almost every week. These are im­provements that business has generated, because thou­sands and thousands of business people are trying day and night to find some new product which satisfies the consumer better or is less expensive to produce, or better and less expensive than the existing products. They do not do this out of altruism, they do it because they want to make money. And the effect is that you have an im­provement in the standard of living in the United States which is almost miraculous, when compared with the conditions that existed fifty or a hundred years ago. But in Soviet Russia, where you do not have such a system, you do not have a comparable improvement. So those people who tell us that we ought to adopt the Soviet system are badly mistaken.

There is something else that should be mentioned. The American consumer, the individual, is both a buyer and a boss. When you leave a store in America, you may find a sign saying: “Thank you for your patronage. Please come again.” But when you go into a shop in a totalitarian country–be it in present–day Russia, or in Germany as it was under the regime of Hitler–the shopkeeper tells you: “You have to be thankful to the great leader for giving you this.”

In socialist countries, it is not the seller who has to be grateful, it is the buyer. The citizen is not the boss; the boss is the Central Committee, the Central Office. Those socialist committees and leaders and dictators are supreme, and the people simply have to obey them.