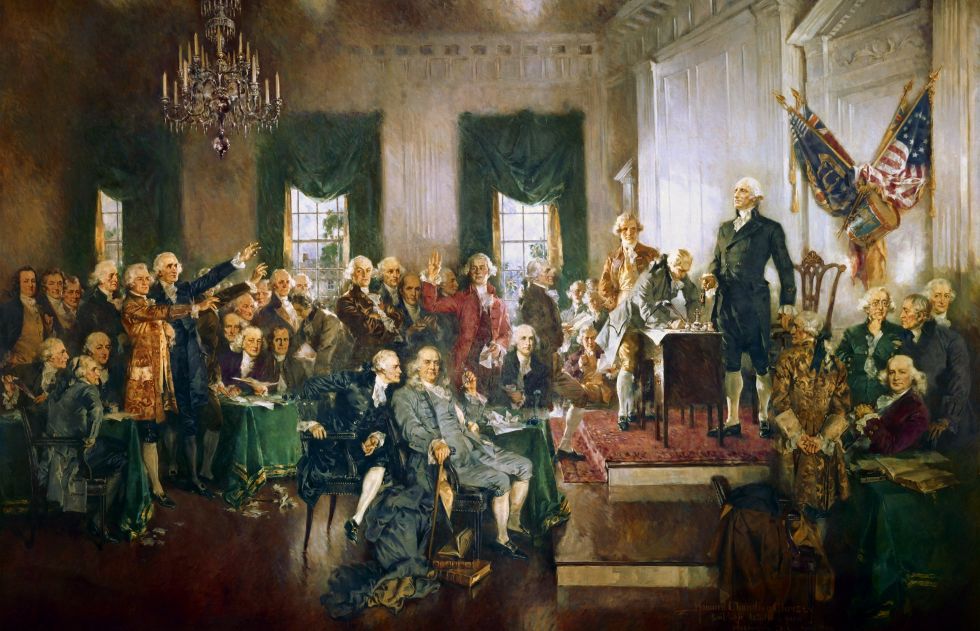 A famous, very often quoted phrase says: “That government is best, which governs least.” I do not believe this to be a correct description of the functions of a good government. Government ought to do all the things for which it is needed and for which it was established. Government ought to protect the individuals within the country against the violent and fraudulent attacks of gangsters, and it should defend the country against foreign enemies. These are the functions of government within a free system, within the system of the market economy.

People who do not agree with this definition of the functions of government may say: “This man hates the government.” Nothing could be farther from the truth. If I should say that gasoline is a very useful liquid, useful for many purposes, but that I would nevertheless not drink gasoline because I think that would not be the right use for it, I am not an enemy of gasoline, and I do not hate gasoline. I only say that gasoline is very useful for certain purposes, but not fit for other purposes. If I say it is the government’s duty to arrest murderers and other criminals, but not its duty to run the railroads or to spend money for useless things, then I do not hate the government by declaring that it is fit to do certain things but not fit to do other things.

It has been said that under present-day conditions we no longer have a free market economy. Under present-day conditions we have something called the “mixed economy.” And for evidence of our “mixed economy”, people point to the many enterprises which are operated and owned by the government. The economy is mixed, people say, because there are, in many countries, certain institutions–like the telephone, telegraph, and rail­roads–which are owned and operated by the government.

That some of these institutions and enterprises are operated by the government is certainly true. But this fact alone does not change the character of our economic system. It does not even mean there is a “little socialism” within the otherwise non-socialist, free market economy. For the government, in operating these enterprises, is subject to the supremacy of the market, which means it is subject to the supremacy of the consumers. The government–if it operates, let us say, post offices or railroads–has to hire people who have to work in these enterprises. It also has to buy the raw materials and other things that are needed for the conduct of these enterprises. And on the other hand, it “sells” these services or commodities to the public. Yet, even though it operates these institutions using the methods of the free economic system, the result, as a rule, is a deficit. The government, however, is in a position to finance such a deficit–at least the members of the government and of the ruling party believe so.

It is certainly different for an individual. The individual’s power to operate something with a deficit is very limited. If the deficit is not very soon eliminated, and if the enterprise does not become profitable (or at least show that no further deficit losses are being incurred), the individual goes bankrupt and the enterprise must come to an end.

But for the government, conditions are different. The government can run at a deficit, because it has the power to tax people. And if the taxpayers are prepared to pay higher taxes in order to make it possible for the government to operate an enterprise at a loss–that is, in a less efficient way than it would be done by a private institution–and if the public will accept this loss, then of course the enterprise will continue.

In recent years, governments have increased the number of nationalized institutions and enterprises in most countries to such an extent that the deficits have grown far beyond the amount that could be collected in taxes from the citizens. What happens then is not the subject of today’s lecture. It is inflation, and I shall deal with that tomorrow. I mentioned this only because the mixed economy must not be confused with the problem of interventionism, about which I want to talk tonight.

What we have in mind when we talk about interventionism is the government’s desire to do more than prevent assaults and fraud. Interventionism means that the government not only fails to protect the smooth functioning of the market economy, but that it interferes with the various market phenomena; it interferes with prices, with wage rates, interest rates, and profits.