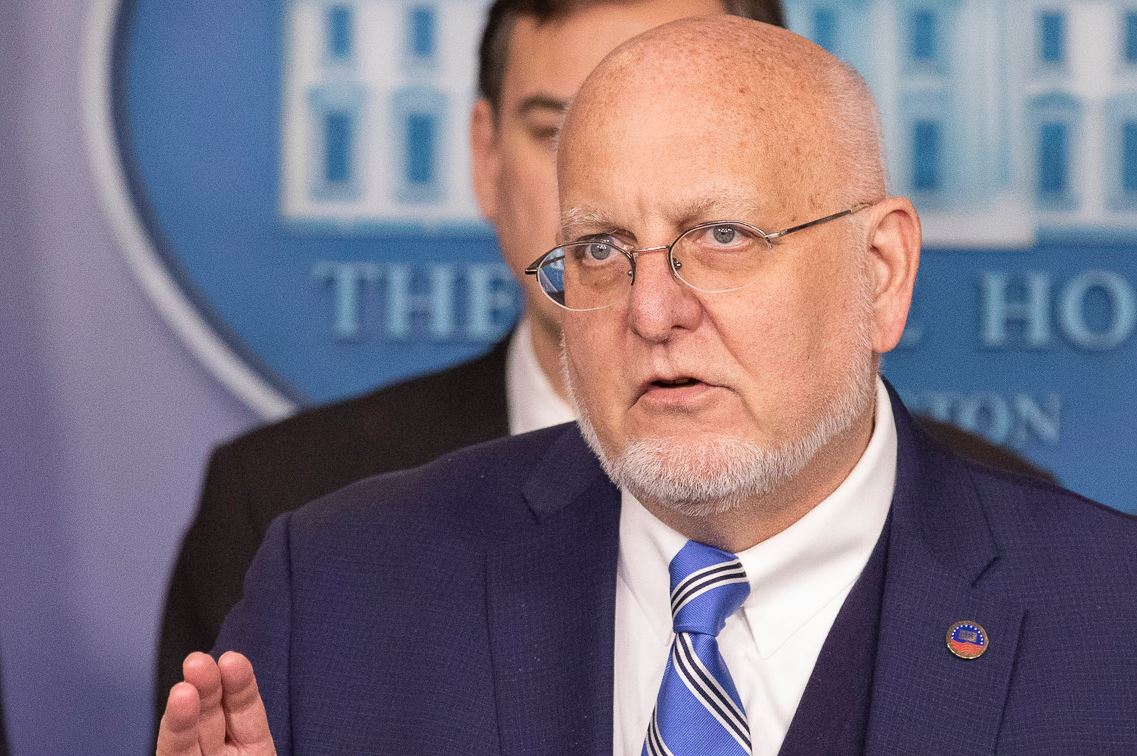 This adapted excerpt is from Dr. Scott W. Atlas’ bestselling book, A Plague Upon Our House, published by Bombardier.

CDC Director Robert Redfield’s congressional testimony on September 23, 2020, immediately caught my attention. I watched in disbelief as Redfield told Congress that “more than 90 percent of the population”—more than three hundred million people in the US—remains susceptible to the illness.

The statement was based on incomplete and outdated data, as well as an apparent lack of understanding of the literature, and it struck me as one of the most erroneous and fear-inducing proclamations of any public health official to that moment. Approximately two hundred thousand Americans had already died from COVID; the last thing the public needed was an exaggeration of the future risks, implying to some that ten times that number could still die.

Second, the 9 percent calculation was blatantly wrong. That number came from antibody testing by the states. I looked at the CDC website myself, and sure enough, the data was based on antiquated testing from several states.

Some antibody totals were pulled from several months earlier, before many of those states had experienced a significant number of cases. It therefore grossly underestimated the number of cases that had already occurred. The data was simply not valid, but you needed to pay attention to the details.

More importantly, Redfield’s basic claim was fundamentally flawed. The conclusion that serum antibody testing revealed the entire population of those protected from COVID was counter to an entire body of published literature and contrary to fundamental knowledge of immunology, including other coronavirus infections.

It was well known that antibody tests showed one cross-section in time—they were transient—even though immune protection can last. From studies on SARS-2 and most other viruses, antibody levels change over a span of months. They typically appear in the first couple of weeks, peak in a few months, and then decrease over a span of several months.

The literature on COVID had already shown these patterns. A month before this press conference, a Nature Reviews Immunology study on COVID-19 explicitly stated, “The absence of specific antibodies in the serum does not necessarily mean an absence of immune memory,” and explained, “memory B-cells and T-cells may be maintained even if there are not measurable levels of serum antibodies.”

Japan’s study demonstrated this dramatically. In their study, antibody levels increased from 5.8 percent to 46.8 percent over the course of the summer. The most dramatic increase occurred in late June and early July, paralleling the rise in daily confirmed cases within Tokyo, which peaked on August 4.

Out of the 350 individuals who completed both offered tests, 21.4 percent of those who tested negative became positive, and 12.2 percent of initially positive participants became negative for antibodies. A striking 81.1 percent of IgM-antibody-positive cases at first testing became negative in only one month. They stated that “[antibody tests] may significantly underestimate previous COVID-19 infections.” It had also been widely reported in several major scientific journals that antibody responses are not necessarily detectable in all COVID patients, especially those with less severe forms.

But the flaws in Redfield’s estimate extended deeper. Even those familiar with first-year college biology know that other components of the immune system, memory B-cell and T-cells, provide protection from virus infections. Some T-cells kill the virus, and they also help antibodies form. T-cells develop and provide protection that lasts far longer, even after antibodies disappear—sometimes for years in other SARS viruses.

T-cells for this virus had already been documented, even in people unexposed to SARS-2, meaning that in these cases, cross-protection was present from T-cells originating in response to other coronaviruses. T-cells had also been found in individuals with completely asymptomatic SARS-2 infections.

NIH Director Francis Collins had highlighted that very data in his Director’s Blog a few weeks earlier, writing, “In fact, immune cells known as memory T cells also play an important role in the ability of our immune systems to protect us against many viral infections, including—it now appears—COVID-19.”

Scientists from some of the top research institutions in the world, like Sweden’s Karolinska Institute, San Diego’s La Jolla Institute, Duke University, Berlin, and others had published this evidence. Karolinska demonstrated T-cell immunity in both asymptomatic and mild cases of COVID—even if antibody-negative.

Singapore researchers had noted robust T-cell responses to this virus, SARS2, from seventeen-year-old SARS1 samples. Since T-cells are obviously not discovered by antibody tests, those individuals were not included in Redfield’s count. Yet he apparently had not considered this essential, indeed fundamental, point as he testified to Congress and made headlines.

After watching this debacle on TV, I knew full well what was coming later that day. The media would latch on to this and create even more public panic. I also knew that the responsibility for clarifying this grossly erroneous statement would be mine. There was no question it would come up at the president’s press conference, and even if it did not, it still needed to be explained.

I rushed over to Derek Lyons’s office to update him and to make sure we would alert the president beforehand. A few others in the West Wing were there, so I summarized to them what had been said to Congress.

The mood ranged from amazement to dejection to frustration. An advisor to the president on legal matters warned me, with a smile on his face, “Scott, don’t just bluntly say, ‘Redfield is wrong!’ Say something softer, like ‘He misstated things.’”

I nodded, knowing that I needed to restrain my words, even though this was the same man who had tried to destroy me in the national press a few days earlier. But this wasn’t personal at all. Clarifying the facts about the pandemic and countering the unending barrage of misinformation and pseudoscience about it, in this case coming from within the administration itself, was one of my most important roles in this national crisis.

During the pre-brief in the Oval Office a few hours later, I outlined the issue to the president. It was decided, as expected, that I would answer the question when it came up. And so it did.

A reporter from ABC News directly asked me if Redfield’s statement that more than 90 percent of Americans remained susceptible to the disease was true. I took the friendly advice I had received earlier in the day.

“I think that Dr. Redfield misstated something there,” I said, and then did my best to calmly explain the problems with outdated information and the contribution of cross-reactive T-cells and T-cell protection that would not have been included in his data. I correctly stated what was widely known and factual—that the protection from the virus “is not solely determined by the percent of people who have antibodies.” During my answer, as I fended off interruptions, I tried to explain in understandable language as best I could.

I also made a serious effort to be somewhat delicate, because I felt extremely uncomfortable about having to correct the director of the CDC on the national stage.

Unfortunately, my disgust with the confrontational mood in that press room prevented me from being more diplomatic when that reporter asked, “Who are we to believe?” My reflexive answer was “You’re supposed to believe in the science, and I am telling you the science.” Then I referred him to several expert scientists by name. However, I had the strong sense that he was not really interested in the facts at all. Rather, it was another attempt to amplify discord.

After exiting the press room, I walked alongside the president. He briefly stopped to check the news coverage on the set of TV monitors outside the briefing room, as he typically chose to do. After some banter between the president and the staff standing in the area, we began walking back toward the Oval Office.

President Trump turned to me on his right, smiling wryly but with a genuinely puzzled look on his face. “Is Redfield political or just stupid?” he asked, subtly shaking his head. I looked right back at the president and hesitated. The answer was obvious to both of us.

Needless to say, the media immediately played up the disagreement between me and Redfield. It fed into their narrative of conflict between me and the other Task Force doctors, one that Redfield personally caused with his offensive and unwarranted remark that everything I said was “false.”

Later, Dr. Fauci appeared on TV and criticized my straightforward attempt to clarify important information as “extraordinarily inappropriate.” I wondered if he was more concerned with protecting his bureaucrat colleague’s reputation and undermining mine than ensuring that correct information was being told to the American public.

This adapted excerpt is from Dr. Scott W. Atlas’ bestselling book, A Plague Upon Our House, published by Bombardier.

Made available via the Brownstone Institute.org.

FEEL FREE TO SHARE
Scott Atlas M.D.
Scott W. Atlas, M.D., is the Robert Wesson Senior Fellow in health care policy at the Hoover Institution of Stanford University and a fellow at Hillsdale College's Academy for Science and Freedom.