Prices of Commodities That Russia Produces Expected to Rise 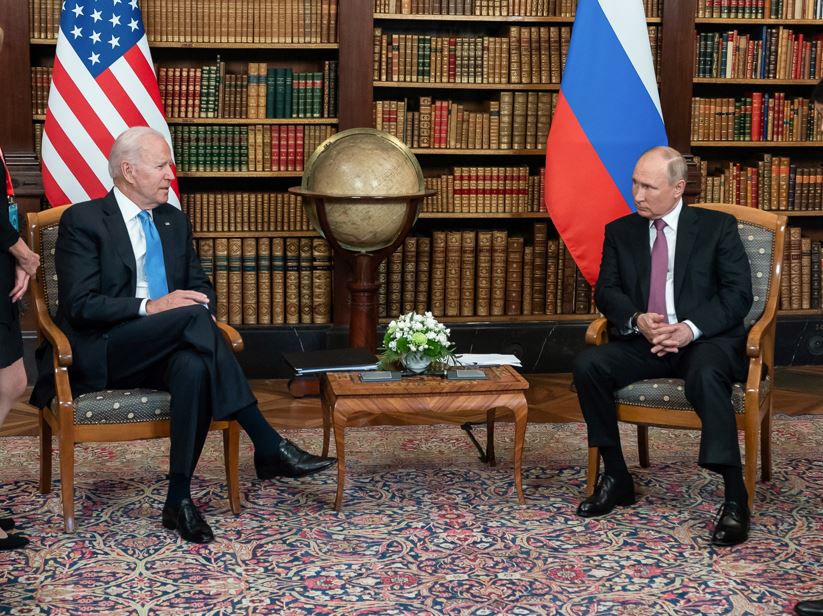 Despite Russia’s war of aggression against Ukraine, President Biden plans no sanctions on Russian oil and natural gas because those sanctions “would harm U.S. consumers and not Vladimir Putin.” Biden may not know that Russia gets more than a third of its national budget from oil and gas exports. Or perhaps he does not know that the United States was energy independent before he became President and has 285 years of recoverable oil if only the oil companies were allowed to pursue exploration and development on American lands and waters that he put on hold his first day in office. Then again, he may not know that Europe gets over a quarter of its oil imports from Russia but could get it from the United States and Canada if he had not blocked the border crossing of the Keystone XL pipeline by axing it on his first day in office. Biden’s anti-oil and gas policies are causing energy prices to soar, harming consumers and aiding Putin to take advantage of Ukraine. Instead of moving North America’s oil and gas industries forward, Biden is looking to a second global release of strategic oil reserves.

Goldman Sachs expects the price of consumed commodities that Russia is a key producer of to rally, including oil, European gas, aluminum, palladium, nickel, wheat and corn. The bank raised its one-month Brent oil price forecast to $115 a barrel from $95 per barrel previously, after Brent oil topped $105 a barrel, with “significant upside risks on further escalation or longer disruption.” There is a risk oil will rise to $125 a barrel should demand destruction be required to balance the market, according to Goldman Sachs Group Inc. 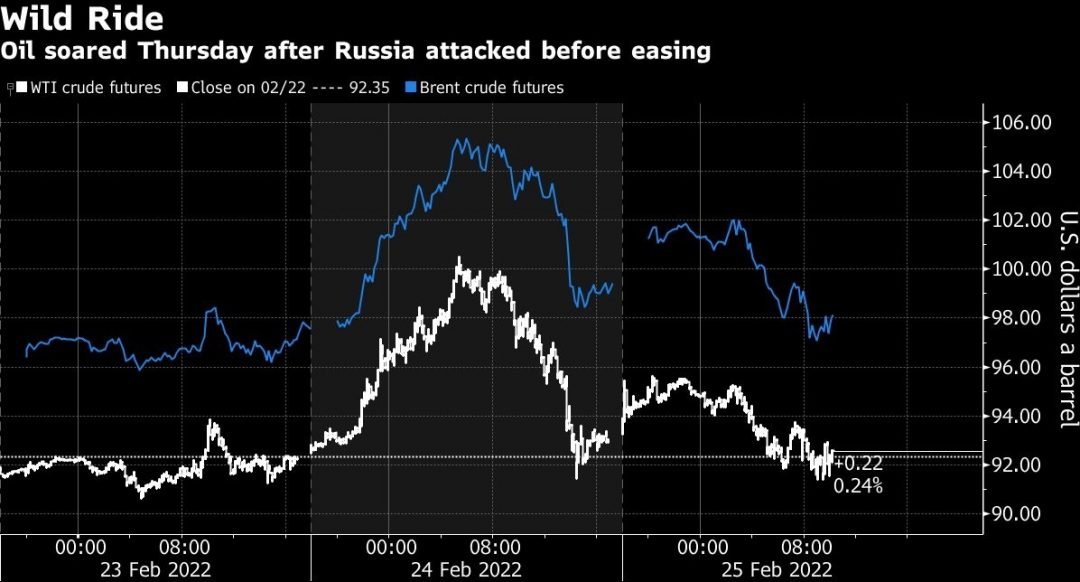 Some buyers have briefly paused purchases of Russia’s flagship Urals grade oil on concern that the rift in international relations may complicate dealings with Moscow. Further, merchant ships carrying oil and other commodities in the Black Sea have been affected by Russia’s invasion. At least two merchant ships have been reportedly hit since Russian forces began the attack on Ukraine. Meanwhile, insurers are either not offering to cover vessels, or they are demanding huge premiums to do so.Russia’s invasion of Ukraine added pressure to the global oil market that was already tight due to the inability of supply to keep up with demand recovery from the coronavirus pandemic. The United States is working with other major consuming nations on a coordinated oil reserves release. But, as with the first coordinated release that Biden orchestrated in November, little impact for price relief is expected. For these sales to have any impact on prices, they would need to be very large.On Tuesday, about two dozen countries agreed to release 60 million barrels of oil from their emergency reserves. The size of the release is about 2 percent of the daily consumption if spread over 30 days. Two million barrels a day is only about a quarter of Russia’s exports. Russia typically exports 7.85 million barrels a day. About 60 percent of that goes to Europe and 20 percent to China. China, who relies on oil from Russia for nearly a fifth of total imports, is wary about participating in the release. A spokesperson for Beijing said it would only consider such a move when the geopolitical situation had stabilized. Continuing to drain strategic fuel supplies without adding additional supplies that are readily available in North America is a downward death spiral.

China and Russia have been deepening economic ties for years. Mr. Xi and President Vladimir V. Putin of Russia met 37 times as national leaders before this year. China is Russia’s biggest trading partner; Russia’s central bank holds 13 percent of foreign reserves in yuan assets, up from 0.1 percent in 2015. At the same time, China, which ran a $12 billion trade deficit with Russia last year, bought $40 billion worth of Russian oil in 2021, 16 percent of total crude imports. Last month, China signed a 30-year contract for Russia to supply natural gas to China via a new pipeline and a deal for 100 million tons of Russian coal. On February 28, amid Putin’s invasion of Ukraine, Russia signed the final agreement to design the gas pipeline to China.

In 2017, China established a foreign exchange system for settling yuan and ruble transactions. China also established the Cross-Border Interbank Payment System to clear international claims in yuan. But so far, its usage has been limited. Many are concluding these agreements were made to skirt Western sanctions, in preparation for them.

The price of key commodities that Russia produces are expected to increase. Those commodities include oil, European gas, aluminum, palladium, nickel, wheat and corn. Oil prices may reach $125 a barrel, according to Goldman Sachs. Many of the other commodities are needed to produce “green energy” technologies such as wind, solar and electric vehicles, which President Biden is pursuing at breakneck speed. The coronavirus pandemic already made the market tight for these items and that market was exasperated by the energy crisis in Europe this winter when the continent’s energy prices soared because its renewable energy technologies did not produce the electricity that was expected from them. Now, the Russian invasion of Ukraine is adding to the problem as the two countries both have critical minerals needed for “green energy” production. Ukraine supplies over 90 percent of the U.S.’s semiconductor-grade neon, a gas integral to the lasers used in the chip-making process, while Russia supplies 35 percent of the U.S.’s palladium supply, a rare metal that can be used to create semiconductors.

But the United States can do something about these expected price increases by turning to its own resources. To weaken Russia’s oil production and resulting revenues from its sale, the United States can return to energy-focused policies enabling America’s resources to be explored and produced as a stabilizing force in domestic and global markets. That includes allowing the mining of U.S. critical mineral deposits. Unfortunately, the Biden administration is heading in the opposite direction.