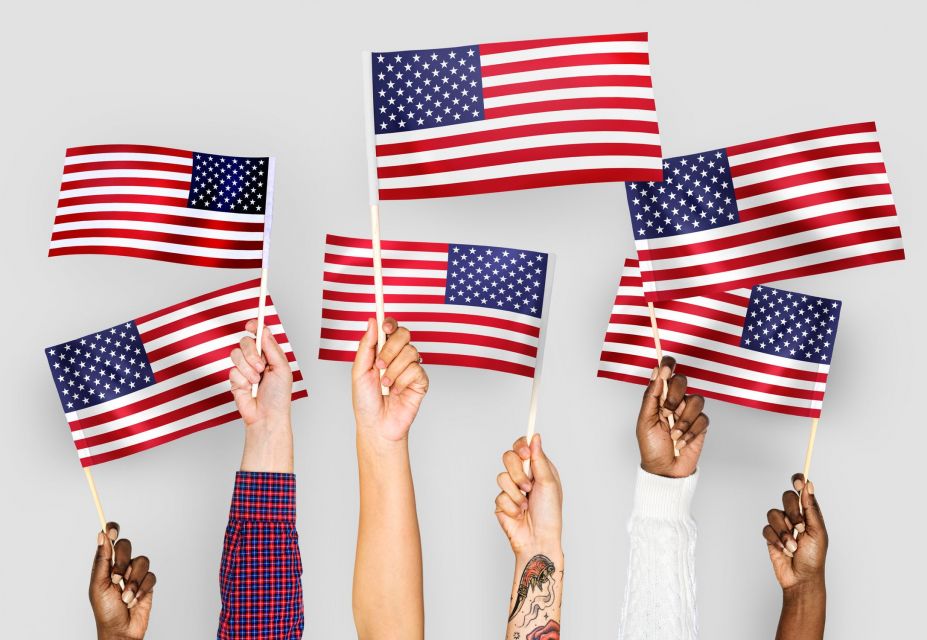 The Republic of Sudan has 500 ethnic groups who speak over 400 languages. We do not have to be reminded how tribalism has played out over decades and even hundreds of years in terms of conflict and violence. The same disaster has befallen other African countries such as Ethiopia, not to mention other African regions and non-African continents.  Native America tribes often fought each other. Conflict and even wars to the death between tribal collectives are part of world history.

American was founded as an exception. It was based on the principle of individual rights:  everyone was equal before the law and the government could not initiate force against its own citizens. Many modern intellectuals claim to be baffled about what American exceptionalism is, but it is simply the principle of rights. It is not pure democracy as such—not just voting—but a republican form of government. The Constitution protects individuals from mob rule.

With some exceptions at certain periods, almost everyone was welcome.  America was a country of immigrants. Between 1820 and 1996 there were over 61 million immigrants from over 40 countries and territories. The ideal was for America to be a melting pot—a place where people with radically different backgrounds and traditions would have equal rights and could live peacefully together, intermarry if they chose to, and make their way economically through free trade. They were free to have their own traditions and neighborhoods within the limits of the law.

To a great extent the melting pot has been a success. There are 200 or more Christian denominations in the U.S. and all world religions are represented. People are free to be agnostics or atheists. There is freedom of philosophy, but no state religion. We are officially a secular country. Religious traditions are allowed, but they may not contradict the Constitution. Everyone has the same rights and is bound by the same laws (though, in some cases, unfortunately, there are religious exemptions from the law). All races are represented in the U.S. (Race is defined by DNA, but many people have DNA from more than one race).

This is not to say that the path has always been smooth. The first issue that had to be addressed in America was slavery. Slavery existed since the first written records of human civilization.  It was imposed on us by the British when we were a colony. The Declaration of Independence and the American revolution made slavery morally impossible. It was ended, heroically, by means of a bloody civil war. But we know that racism (sometimes accompanied by violence and by discrimination in the private and/or public sectors) did not just go away, though things have drastically improved over some 160 years. Blacks have been the worst but not the only victims of injustice. (The U. S. passed an anti-lynching law only recently). Jews have been discriminated against for thousands of years all over the world. Franklin Roosevelt, though he had Jews in his cabinet, turned away a ship loaded with Jews trying to escape the Nazis and they were later killed. There were Jewish quotas for admission to universities and professional schools in the US. Japanese citizens were put in internment camps during World War II. Anti-Asian quotas exist today in educational institutions. In recent years street violence has been directed at people of every race, some of which is due to a cultural decline with emotionality replacing reason in every aspect of society. (A minority of police today are biased against both Backs and Hispanics. Police reform, including better selection, training and discipline is necessary). Immigration has been limited time and time again over the years and still is now.

A popular movement today demands “social justice,” which means that every collective must come out the same in results with respect to its percentage in the population. “Diversity” means getting the percentages “correct.”  But observe that this requires that people be treated unjustly. For example, Asians must be (and are) discriminated against in school and university admissions, because they are too competent. Some of their spaces must be given to those of different races just based on a numbers game. In contrast, blacks, on the average, are to be held to lower standards in education and employment compared to others in order to get their numbers up, thus depriving more qualified people of those spots. This is social injustice.

There is no basis for to assuming that all disparities between collectives in every job category or profession are due to racial discrimination. Many factors could play a role, among them cultural factors such as the value placed on education and family traditions, not to mention the use of role models and personal attributes including interests and passions. The diversity movement is a revolt against merit—you are not to get what you deserve which means that it is a revolt against reality because everyone does not have the same skills, abilities, and energy. Members of a racial collective are not interchangeable units but individuals with the faculty of reason, which includes volition. There is no such thing as group rights.

It should be noted that there is another arbitrary element here. Which collectives are to be chosen for specials benefits or penalties? Black, White, Hispanic, and Asian are not the only possible collectives. And what of mixed races? What percentage of each racial DNA puts a person in a favored or disfavored group? Is the government to be the arbitrary of the correct racial mixtures? What about non-racial collectives such as the overweight, the weak and the uncoordinated in sports, the tone deaf in music, the dyslexic in reading, and so on. How would this work? Obviously, it would have to be based on which collective has the most political pull.

As I noted at the outset, all this pushes us in the direction of tribalism, even tribal warfare. If it comes, this will be the end of America. It will be a regression to the primitive.