Justin Trudeau’s contempt for the truckers is genuine and profound. 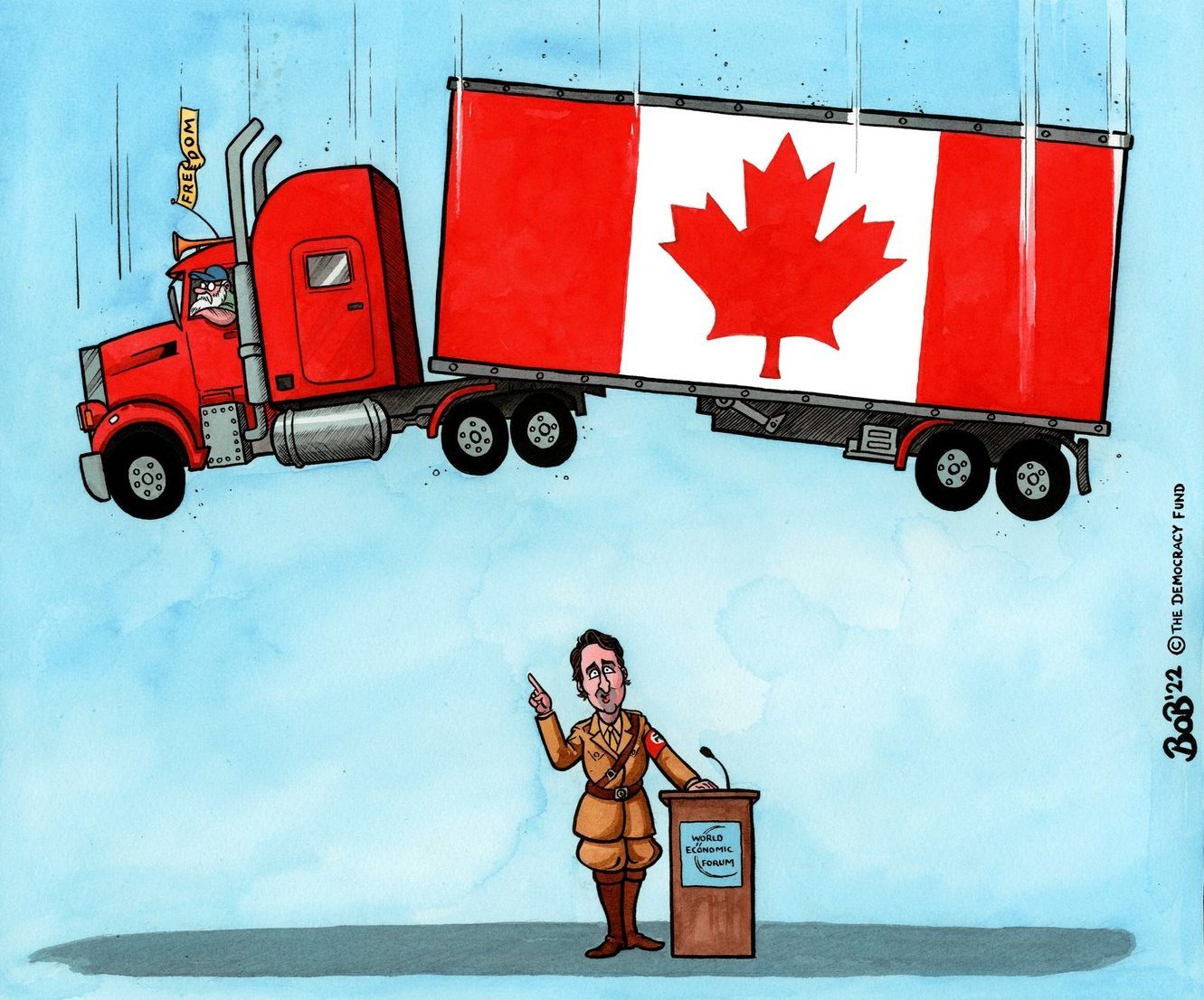 Justin Trudeau’s confrontation with the Canadian truckers may be the single most significant event of the Covid pandemic – not because of its eventual outcome, whatever that may be, but because of what it symbolises. It captures, in perfect microcosm, the tensions between the competing imperatives of the age: freedom versus security; the rule of law versus flexible ‘responsive’ governance; the priorities of the workers versus those of the Zooming bourgeoisie; the need for real-world human interaction and belonging versus the promises of splendid online isolation; the experiences of the common man, who knows where it hurts, versus those of the professional expert class, who know nothing that cannot be expressed as a formula.

More than all of that, though, it gives us a lens through which to view a much deeper, much older conflict of much larger scope – one which underlies not just the struggles of the Covid age, but of modernity itself. On the one hand, the state, which seeks to make all of society transparent to its power. On the other, alternative sources of authority – the family, the church, the community, the firm, the farm, and the human individual herself.

For centuries, the state has waged a quiet war against those competitors, and bent them to its will. It has done this not through conspiracy or deliberate strategy but merely through the single-minded pursuit, across generation after generation of political leaders, of one goal: legitimacy. Governments and other state organs derive their legitimacy, and therefore their positions of rulership, from convincing the population that they are necessary.

They do this by suggesting that without their intervention, things will go badly; left to their own devices, ordinary people will suffer. The family, the church, the community, the firm, the farm, the human individual – these are inadequate to the task of securing human well-being. That task, only the state is equipped to achieve, for only the state can keep the population educated, healthy, safe, prosperous and satisfied. Since this is the case, only the state is fit to deploy power – and only those who govern the state are fit to rule.

The logic of this argument is writ large, of course, in the Covid response across the developed world. What will keep us ‘safe?’ Certainly not traditional sources of succour, such as the church or the family. Certainly not individual people, who cannot be trusted to behave responsibly or assess risks for themselves.

The state portraying itself as saviour in this fashion is patently false and absurd given what has taken place over the past two years. But as false and absurd as it is, it remains the subtext behind all of Covid policy. Justin Trudeau must derive his legitimacy from somewhere to maintain power. And he senses – political animal that he is – that he can derive it from displaying the Canadian state (with himself at the helm, of course) as the only thing standing between the Canadian public and suffering and death.

It is the state, remember – in this case with its vaccine mandates – that saves and secures. Without it, the reasoning goes, the population would suffer and die as Covid ran riot. The political logic is inescapable. For a man like Trudeau, without principle except that he alone is fit to govern, there is only one path to follow. Insist that it is the state that saves and secures, and that anything that stands in its way – truckers beware – must therefore be crushed beneath its heel.

The truckers, for their part, represent everything that the state despises. They have a social and political power that is independent from it, and hence form one of the alternative sources of power which it hates and fears. This power derives not from some institution which the truckers dominate, but simply from their status amongst what I will refer to as the yeomanry classes – almost the last bastion of self-sufficiency and independence in a modern society such as Canada.

In a developed economy, most of the professional classes – doctors, academics, teachers, civil servants and the like – derive their incomes and status entirely or partially, directly or indirectly, from the existence of the state. If they are not civil servants, their status is built on regulatory apparatus which only the state can build and enforce. This is also, of course, true of the underclass, who are often almost totally reliant on the state for the meeting of their needs. The members of these classes pose no threat to the state’s legitimacy, because, simply put, they need it. It, as a consequence, is perfectly happy to tolerate their existence – and, indeed, it wishes all of society were that way inclined. A population entirely reliant on the state is one which will never question the necessity of the growth of its power and hence its capacity to buttress its own legitimacy.

But in the middle are those people, the modern yeomanry, who derive their incomes from private sources, as sole traders, owners of small businesses, or employees of SMEs. Independent-minded, seeing self-sufficiency as a virtue, and relying on themselves and their relationships with others rather than the state, these modern yeomen represent a natural barrier to its authority. Simply put, they do not need it. They earn their money through the use of a particular skill which others value and hence pay for on the open market.

Whether or not the state exists is immaterial to their success – and, indeed, it very frequently stands in their way. These are the type of people who, seeing a problem, tend to want to find a solution for themselves. And they are precisely the kind of people who want to make up their own minds about whether to take a vaccine, and to assess health-related risks in general.

The modern state has waged incessant and covert war against the yeomanry in particular. At every step, it seeks to regulate their business affairs, restrict their liberty, and confiscate their prosperity. There is always a purportedly ‘good’ reason for this. But it contributes to an incessant whittling away of their independence and strength. It is no accident that they are described in British parlance as the ‘squeezed middle’ – squashed as they are between the welfare-reliant underclass on the one hand, and the white-collar professionals who draw their wealth, directly or indirectly, from the state on the other.

It is also no accident that these modern yeomen have gradually seen their political representation diminish over the course of the last 100 years, in whichever developed society one cares to name; the politicians they would elect would be mostly interested in getting the state out of the way, and modern politicians’ incentives all incline in the opposite direction. Their interest is in the inexorable growth of state power, because that is from where their legitimacy derives.

Justin Trudeau’s contempt for the truckers is therefore genuine and profound. He sees in them not an obstacle to Covid policy or a potential threat to public health. Not even he could possibly be so stupid as to think it matters whether or not these people take their vaccines. No: he identifies in them a barrier to forces in which his political future is entwined – an ever-increasing scope and scale for governmental authority, and the opportunities to buttress his own legitimacy that would follow from it.

And his contempt for them is outweighed, of course, by his fear. Because he surely recognises that his authority is wafer-thin. Legitimacy cuts both ways. If he fails to suppress the truckers’ revolt, the entire edifice on which his authority rests – as the helmsman of the Canadian state and its purported capacity to protect the population from harm – will come tumbling down.

This conflict is therefore not about Covid – it’s existential. Does it matter if the truckers win or lose? No. What matters is what their efforts have revealed to us about the relationship between the state and society in 2022.