Press Secretary Jen Psaki did as good a job as she could do to spin the Biden administration’s anti-energy agenda. 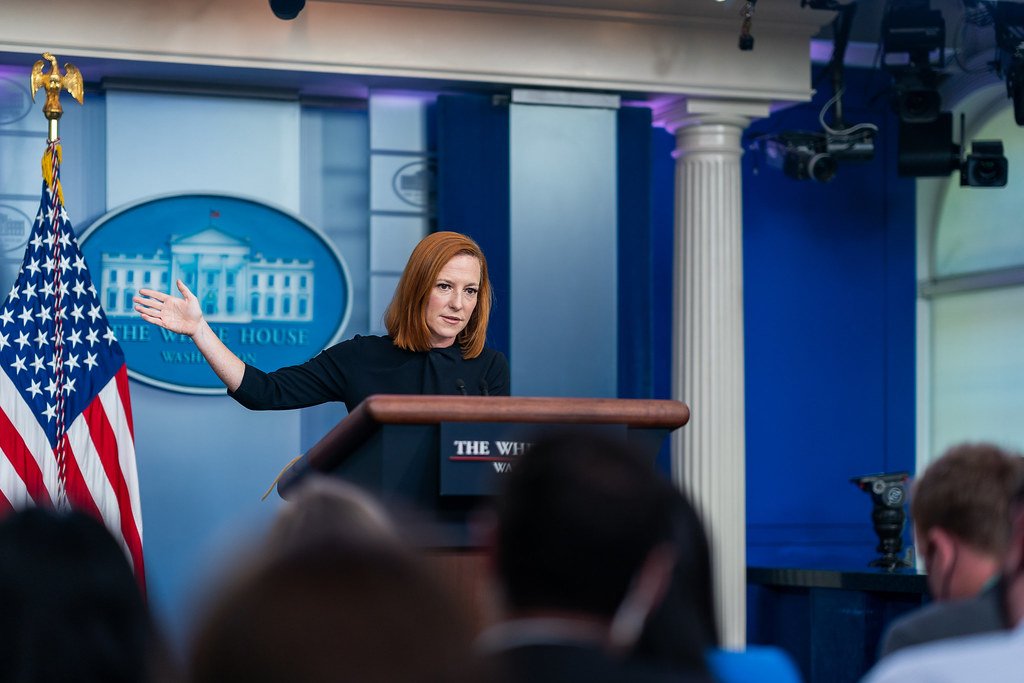 What the Biden administration has not done is meet with domestic oil and gas producers to try and work to increase domestic production, nor have they met with the Canadians to try to increase Canadian oil production and exports to the United States. Canada is our top importing partner and has enormous quantities of oil.

The White House is feeling the pressure of its anti-North American energy policy and on Sunday afternoon, Jen Psaki, the White House Press Secretary again took to Twitter to try to argue that U.S. domestic oil production does not really matter. 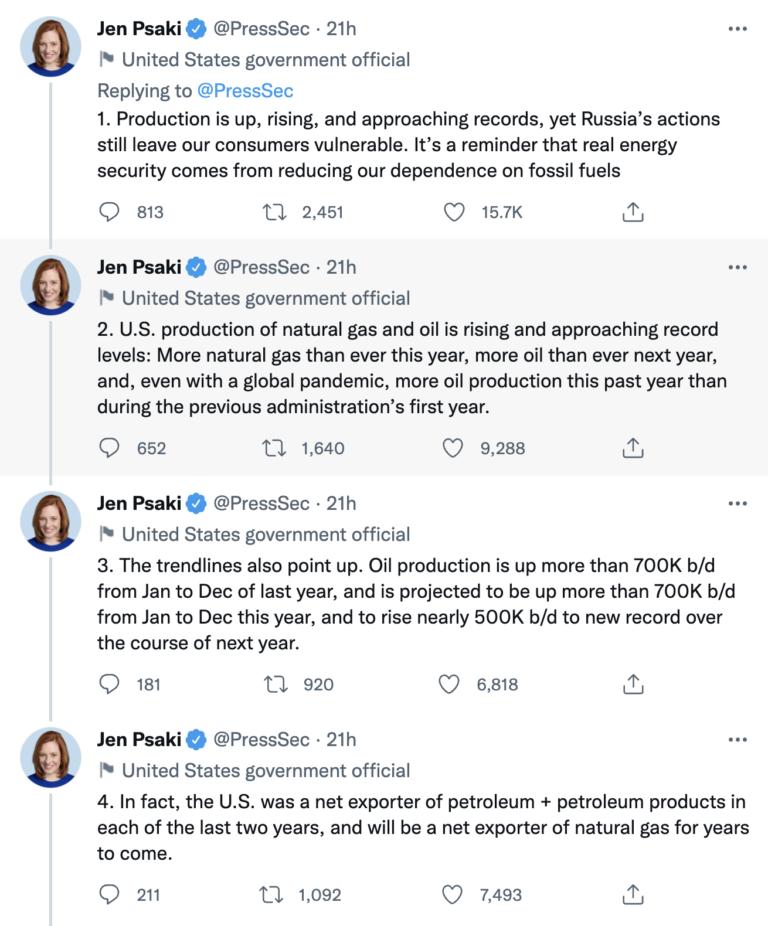 It is certainly true that oil and natural gas production is increasing. As we will explain below, that is not because of the federal government, but in spite of it. It is also true that oil is a globally-traded commodity and that the impacts of Russia’s invasion of Ukraine will increase oil and gas prices globally.

We will also note that the position of the United States as a net exporter of petroleum and petroleum products would have been considered a fantasy by the experts when Ms. Psaki worked for President Obama. While running for re-election, President Obama said that “we can’t drill our way to lower gas prices” and that if we are going to avoid high gas prices every few years, we will need an all-of-the-above strategy. But President Obama was completely wrong. Between 2012, when he made these claims on the campaign trail and 2019, U.S. domestic oil production doubled and average gasoline prices fell by 27 percent from $3.680 a gallon in 2012 to $2.691 a gallon in 2019.

Back to Ms. Psaki:

Contrary to Ms. Psaki’s claims, oil and gas companies have faced tremendous pressure in recent years to, as the Wall Street Journal put it “shore up balance sheets rather than to boost production.” The WSJ explained:

The restraint demanded by investors stands in contrast to previous periods of breakneck growth in U.S. production. It raises the prospect that the nation’s output—which has been largely flat this year—may not rise to offset a recovery in demand as major economies roll back coronavirus restrictions.

Companies are refraining from deploying money to raise output, which in turn is tightening the balance between supply and demand, said Lex Maultsby, a managing director for leveraged finance at Bank of America. “Most of the debt financings are principally extending debt maturities and not being used to fund…production growth.”

Also, as David Blackmon, Senior Contributor at Forbes explained just last month, “Also limiting any response is the reality that many big producers remain intimidated by no-growth pressure from the ESG investor groups like BlackRock.” To understand this, Ms. Psaki should ask fellow high-ranking White House staffer Brian Deese, the current Director of the National Economic Council and former Global Head of Sustainable Investing at BlackRock.

There certainly has been a shortage of capital to drill more wells, but with the price of oil skyrocketing that may change somewhat.

Back to Ms. Psaki: 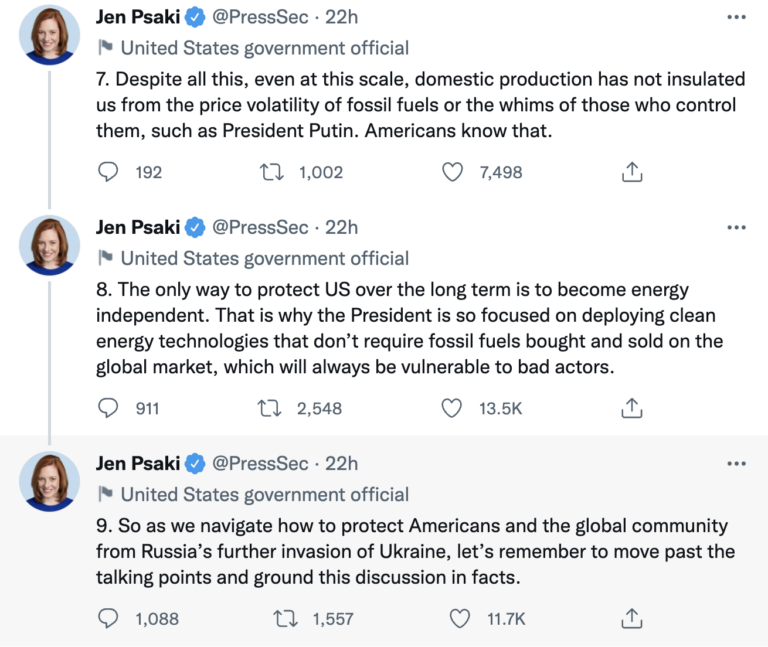 This dramatic increase in production has created far more energy security in the United States than in places such as Germany and the rest of the EU.

Germany’s energy policies are the policies the Biden administration would like to emulate. Talking about energy policy, Energy Secretary Jennifer Granholm stated at the Berlin Energy Transition Dialogue that “We are playing catch up with Germany! Although the U.S. may make different choices in how we approach our own energy transition, you and other EU parties have already made some incredible progress.”

Lastly, Psaki argues that “the President is so focused on deploying clean energy technologies that don’t require fossil fuels bought and sold on the global market, which will always be vulnerable to bad actors.” Again, Psaki is completely mistaken.

The production and processing of that are necessary for these “clean energy technologies” are far more geographically concentrated than oil and natural gas production as the International Energy Agency illustrated with this chart last year: 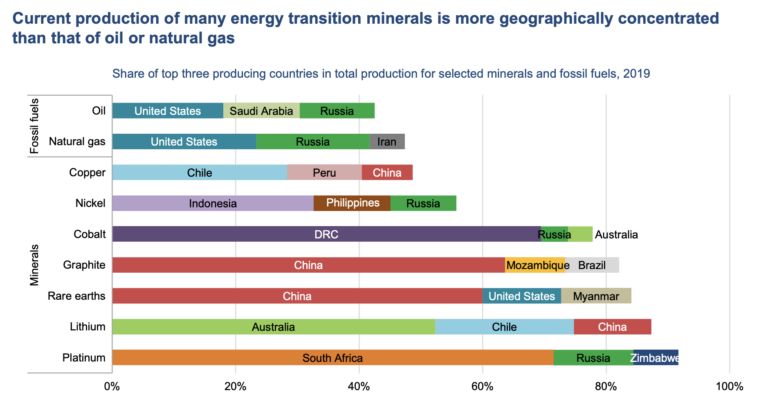 In terms of processing the minerals necessary for things such as batteries and electric vehicles, China far surpasses other countries.  China dominates the rest of the world in copper, lithium, nickel, cobalt, and rare earth processing.

The United States could, of course, mine and process many of those materials. But mines typically take a decade or more to permit, and an honest assessment of the situation makes it apparent that the Biden administration has no interest in permitting new mines having recently rejected the Twin Metals mine in Minnesota and been sturdy opponents of other mines, including Pebble, Rosemont, and others. The Biden administration is unlikely to approve mines at all, and certainly not anywhere near the number that we would need to reduce our dependence on China.

Press Secretary Jen Psaki did as good a job as she could do to spin the Biden administration’s anti-energy agenda. The reality is that the United States has greater energy security today because of dramatically higher domestic oil and natural gas production and not because of European-style subsidies and mandates for renewable energy that led to their energy weakness currently being exploited by Russia. Now only that, but the European-style energy policies the administration wants to pursue would make the United States far more dependent on China than we have ever been on oil from OPEC.

It is a sad state of affairs when the White House continues to try to get more oil from Iran, Venezuela, and Saudi Arabia on the market instead of working to get more oil produced here in the largest oil and natural gas producing country in the world, and blocks pipelines from our largest source of imports, our ally and friend Canada. She is, however, right about this: “it is time to move past the talking points and ground this discussion in facts.” We are happy to oblige.