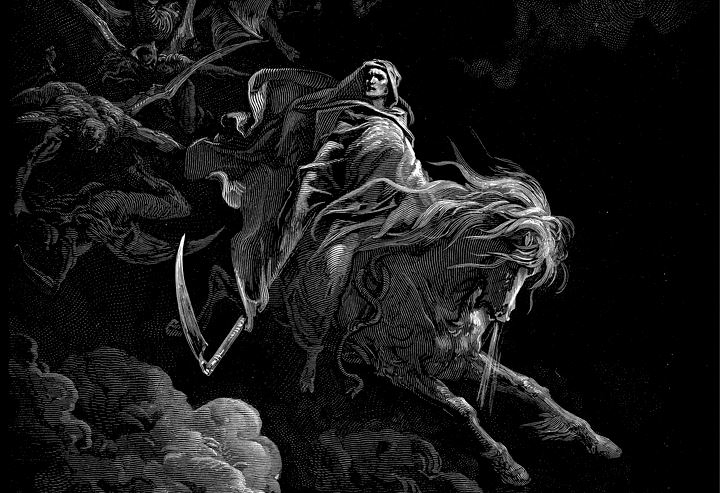 In Chapter 6 of The Book of Revelation in the Bible, something akin to the last judgment is symbolized by the Four Horsemen of the Apocalypse. The horses are colored white, red, black, and pale; they symbolize (depending on the interpretation) conquest (or pestilence), war, famine, and death (or plague)-in sum, the end of the world. They represent God’s punishment for rejecting faith in God and may preview the second coming of Christ where all accounts will be settled.

The symbols, though not their religious base, can be applied today to the secular world. The Four Horsemen of the Apocalypse now are China, Russia, Iran, and North Korea. These countries have five anti-freedom and anti-life characteristics in common:

In sum, these countries have the desire and potential to destroy the free world and bring us to a new Dark Age with them as rulers—a real Apocalypse. But the antidote is not the worship of an imaginary ghost in the sky (mysticism) but rather, better horses– representing reason, individual rights, self-interest, and capitalism. The application of these principles would greatly reduce or eliminate pestilence and famine, bring peace and greatly increase life expectancy.

Free, capitalist countries deal with one another by voluntary trade and have very little if any incentive to go to war as Ayn Rand said in “The Roots of War”:

Laissez-faire capitalism is the only social system based on the recognition of individual rights and, therefore, the only system that bans force from social relationships. By the nature of its basic principles and interests, it is the only system fundamentally opposed to war.

Men who are free to produce, have no incentive to loot; they have nothing to gain from war and a great deal to lose. Ideologically, the principle of individual rights does not permit a man to seek his own livelihood at the point of a gun, inside or outside his country. Economically, wars cost money; in a free economy, where wealth is privately owned, the costs of war come out of the income of private citizens — there is no overblown public treasury to hide that fact — and a citizen cannot hope to recoup his own financial losses (such as taxes or business dislocations or property destruction) by winning the war. Thus his own economic interests are on the side of peace.

In a statist economy, where wealth is “publicly owned,” a citizen has no economic interests to protect by preserving peace — he is only a drop in the common bucket — while war gives him the (fallacious) hope of larger handouts from his masters. Ideologically, he is trained to regard men as sacrificial animals; he is one himself; he can have no concept of why foreigners should not be sacrificed on the same public altar for the benefit of the same state.

The trader and the warrior have been fundamental antagonists throughout history. Trade does not flourish on battlefields, factories do not produce under bombardments, profits do not grow on rubble. Capitalism is a society of traders — for which it has been denounced by every would-be gunman who regards trade as “selfish” and conquest as “noble.” [1]

It should be noted that if dictatorships with advanced weapons did not exist, there would be no need for free countries to build thousands of atomic missiles—there could be a rational and safe trend toward some nuclear disarmament. Pacifist demands by leftist intellectuals for unilateral disarmament in free countries would disappear.

Given that the four bad horsemen of death are here, how should they be dealt with?

1. Acknowledge the fact that a cold war exists.
2. Arm ourselves to the teeth.
3. Cooperate with other free countries based on mutual self-interest.
4. Make a moral judgment: state publicly that dictatorships are morally wrong and that we and other free countries are morally right.
5. Assume that the bad horsemen will do everything in their power to manipulate and deceive us. Take suitable precautions. 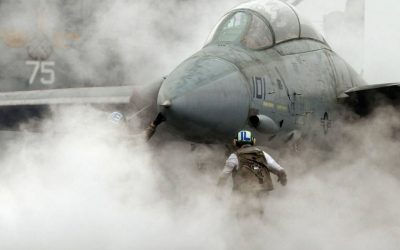