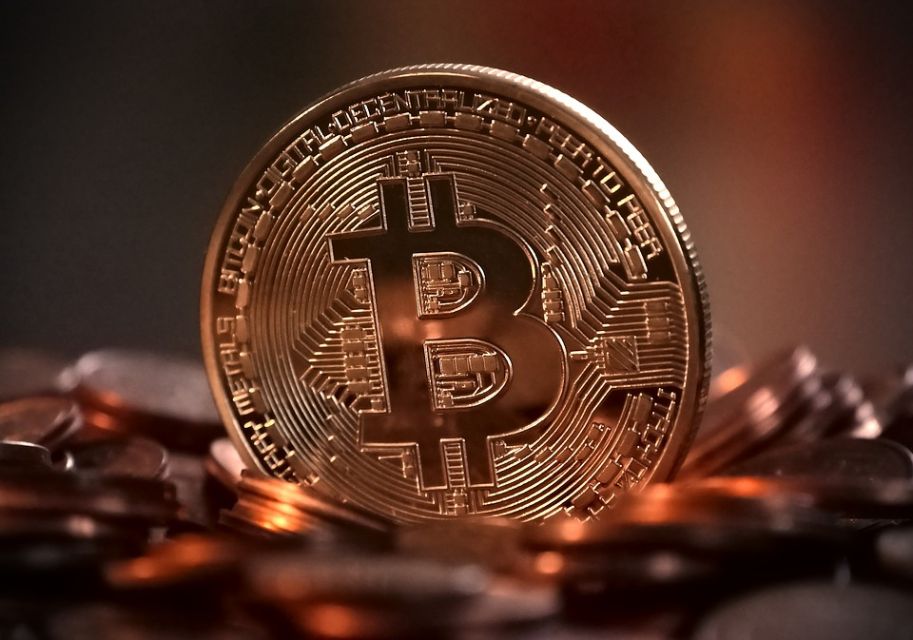 The Ship of Theseus is an old philosophical thought experiment. It asks a question about identity. Suppose you replace all of the boards of a ship with new ones—is it still the same ship?

We are not going to try to resolve this millennia-old paradox. Instead, we are going to add one more element, and then tie it to the monetary system. The additional element is what if the replacement boards are adulterated in some way. That is, each new board is warped, or weakened, or otherwise not fit for purpose.

It should be clear that replacing boards with unsound wood does not alter reality, only the ship. It does not remove any constraints such as the need to be watertight. It does not make anything better, only adds new flaws.

Let’s call this new ship, with each original board replaced with these adulterated boards, the Zombie Ship of Theseus. It looks like the Ship of Theseus. However, it does not work like it. It has been corrupted to work in a different way, i.e. to lull sailors into going out to sea, where a storm will drown them.

The History of Our Warped Monetary System and Currency

So how does this relate to the monetary system and the currency? There has been a centuries-long process of replacing important boards. Let’s highlight the key changes.

At the Founding of America, there was the original Ship of Theseus. One had the right to deposit one’s gold (we will leave out silver, as this complicates the story somewhat) and get a paper banknote in exchange. Or one could keep one’s gold, if one did not like the terms. One had the right to redeem the note, and get one’s gold back. If a bank could not honor this obligation, then its assets were sold, and depositors were repaid. After that, each class in the capital structure was repaid until the money (gold) ran out.

Of course, the bank did not merely put the gold into a vault. A bank is not a warehouse. It invested the gold in safe, short-term assets such as Real Bills. If it had 100 ounces of notes outstanding—its liability—then it had at least 100 ounces of gold and Bills.

The bank earned gold on its portfolio of Bills. It paid nothing on notes. So, note issuance was a simple and profitable business, provided the bank minded its credit risk and was careful about the maturity of its assets. Bills matured in 90 days or less. 10-year bonds offered higher interest rates but would not mature in time to honor redemptions.

In the 19th century, first state governments and then the federal government mandated that note issuers must hold government bonds to back their notes. State governments were prone to defaulting on their debts, which caused bank insolvencies. The federal government did not default, but as it paid down its debts after the Civil War, it effectively forced note issuers to reduce the number of notes outstanding (which had follow-on consequences outside the scope of this article).

To outward appearances, nothing changed. One could deposit and redeem gold. But inside the banking system, some oak boards were replaced with knotty pine.

The Creation of the Federal Reserve

In 1913, the Federal Reserve was created, and it had a monopoly on note issuance. The Fed was lender of last resort, manipulator of interest rates, moral hazard provider, and politicizer of credit. Although its notes were still gold-redeemable, something fundamental had changed. It was as if they replaced the keel of the ship with termite-gnawed timbers.

Twenty years later, President Roosevelt declared that notes and bank deposits were no longer redeemable in gold. The savers were disenfranchised, as they no longer had a choice between holding money or bonds. Money was made illegal.

It is at this point that we pause, to consider whether this corruption of the system relaxed any constraints. Prior to 1933, money was clearly gold and a banknote was clearly a promise to pay money (we have written about a 1905 railroad bond that, on its face, declared that it is payable in the “Gold Coin of the United States of America”).

But after 1933, many economists argued that the paper note is the money. That by this presidential edict, which replaced the oak plank of gold-redeemability with a movie prop made of foam and painted to look like wood, has altered the nature of money and credit itself. That Roosevelt was a Master Alchemist who could convert credit into money—a greater trick by far, than merely converting lead into gold!

Can the simple act of declaring all banknotes to be irredeemable, turn the notes themselves into money? And further, can this edict erase the liability? Recall that, in honest banking, when you deposit gold, the bank buys an asset but it still has the liability that it owes you the gold. Could the president simply make this liability disappear, like the rabbit in a magician’s act?

No. Replacing a plank on the Ship of Theseus does not give the Ship new capabilities. It cannot go on to find Atlantis.

Nixon and The Final Break

In 1971, President Nixon finished the job that Roosevelt began. He made the dollar irredeemable even to foreign central banks. And for the last half-century, the dollar has been a credit that is borrowed into existence and never redeemed. That is, never paid off. This emboldened those who assert that the formerly-credit-note-dollar is now money. And that the debt which backs it does not matter.

The next major step in the devolution of currency occurred in 2009. Bitcoin was released into the world. Just like a proper bank, Bitcoin keeps a ledger of every currency unit issued. In other words, the liability side. But unlike even the modern banking system, Bitcoin claims to dispense with the need for assets altogether.

Bitcoin is declared to be an asset, with no corresponding liability.

Think about that. By replacing a board of the once-Ship of Theseus, the ledger of liabilities issued and assets backing those liabilities is turned on its head. That is, the asset goes away. The very need for the asset allegedly goes away!

Actually, a second board was also replaced at the same time. Even up to modern banking, there is no question of who owes. The issuer of the currency is responsible for making good on its liability.

With Bitcoin, the idea of who has been eliminated. Bitcoin has a ledger of currency units issued, but there is no obligor.

There is, it is asserted, no need for an obligor.

Bitcoin is a fit instrument for our failing monetary system, wherein people restlessly churn, trading every kind of instrument, to try to make enough dollars to keep ahead of rising consumer prices and the tax man. In other words, it’s fit for the mother of all speculative manias.

The Soundness of Bitcoin vs Gold

But back to sound banking, the assets which back the liabilities actually do serve a purpose. This purpose, and the need for something to fill this purpose, cannot be erased by removing a solid piece of wood and replacing it with a hologram.

In order for a currency to serve as medium of exchange, there must be mechanisms for it to expand with demand. And equally important, for it to contract as demand subsides.

That mechanism is redemption. If Joe wants to get his money back, then this means that credit must contract. The bank must liquidate an asset (or at least not buy a new one, when an old one matures), in order to raise the gold coin to pay to Joe. This is a feature, not a bug. The savers are in control of the extent of credit creation. And their preference for interest has real teeth—if they are not satisfied, they withdraw their gold coin.

We already covered that Bitcoin is not issued upon the deposit of money. Now, let’s focus on the fact that issuance is for “proof of work”. This is a central planner’s view of how gold mining works. Which is to say, not even wrong. And how is Bitcoin removed? How does the quantity contract?

Instability is a Feature, not a Bug

This means that, by design, Bitcoin’s value is not intended to be stable. It is intended to go down when the demand for currency drops. And since issuance is by mathematical formula, which is asymptotically approaching a limit of 21,000,000, it is designed to skyrocket when demand rises.

We have said many times that Bitcoin lacks any mechanism to stabilize its value. Here, we now see that it was designed for its value to go down or up (quite a lot) in response to changes in demand. This is designed into its very nature, as a currency whose quantity cannot respond to market changes.

If quantity cannot change, then price is the only relief valve.

What changes the demand for a currency? Other than the speculators and their relentless churn in what’s become of markets under zero interest rate policy? Borrowing, to finance production of real things.

You may have noticed that people consume more at this time of year. They eat and drink more, and more different kinds of things. They buy real and plastic pine trees. They put ornaments on those trees, and presents under them. They travel to visit loved ones.

All of these consumer goods must be produced, before they can be consumed. All of this production needs to be financed. That is, everyone from farmers and miners to manufacturers to truckers borrow money to buy the machines, pay for the labor, and procure the raw materials. Finance comes before production, which comes before selling, which comes before consumption.

When the Christmas season is over, then this demand subsides.

So what boards of the once-Ship has Bitcoin replaced? One, its creation does not begin with deposit of an asset. Two, it cannot be redeemed for anything. Three, its quantity cannot go down. And four, its value is unhinged since its quantity is pegged.

In a currency that’s intended to actually sail, the value is stable and the quantity floats freely (within the Rule of Law and principles of sound banking).

The removal of all these boards, and the replacement with ersatz surrogates, does not create any new monetary goodness. It only turns the Ship of Theseus into the Zombie Ship of Theseus. Just as a zombie person is not a living person, a zombie ship is not a sailing ship, and a zombie currency is not a sound currency.

Bitcoin’s value is at the whims of the speculators. It could be a penny or a million bucks, and it probably will.

Meanwhile, back in the real world, producers of everything from food to toys borrow something stable, or at least much less unstable, the dollar (and Monetary Metals is bringing back gold to finance productive enterprise).