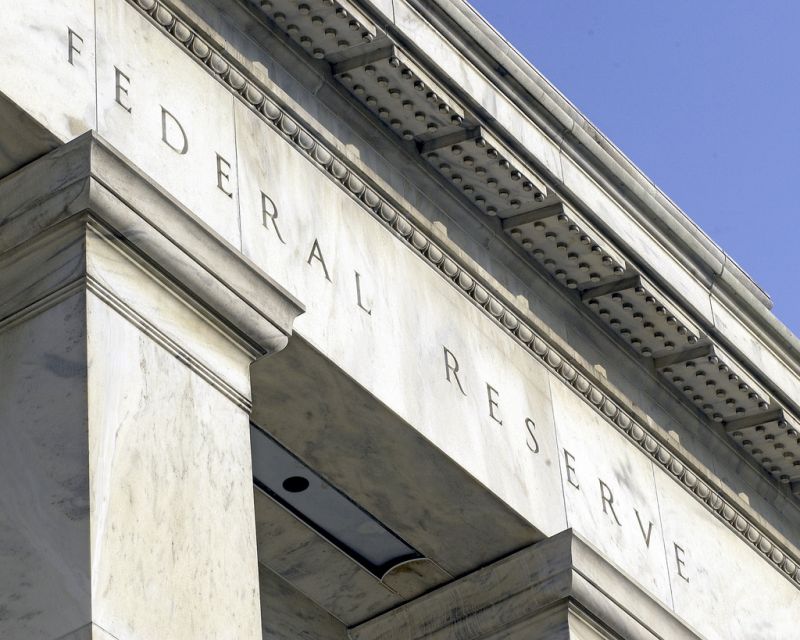 With the US CPI up by 6.9% over the past year – the highest rate since 1982 — have US asset returns reflected this longer-term history? Mostly, but not perfectly. Figure One illustrates how commodities have outperformed all other assets over the past year (through November, the latest available CPI data), with a real gain of 46%. Bills have lost 6.2%, also consistent with the history.

The outlier is equities, which have gained 19.7% in real terms. This is contrary to history. Why? Probably because the Fed until recently chose not to “chase” the higher inflation rate with rate hikes; yet this month it hinted that it would raise rates three times (by 75 basis points) in 2022. 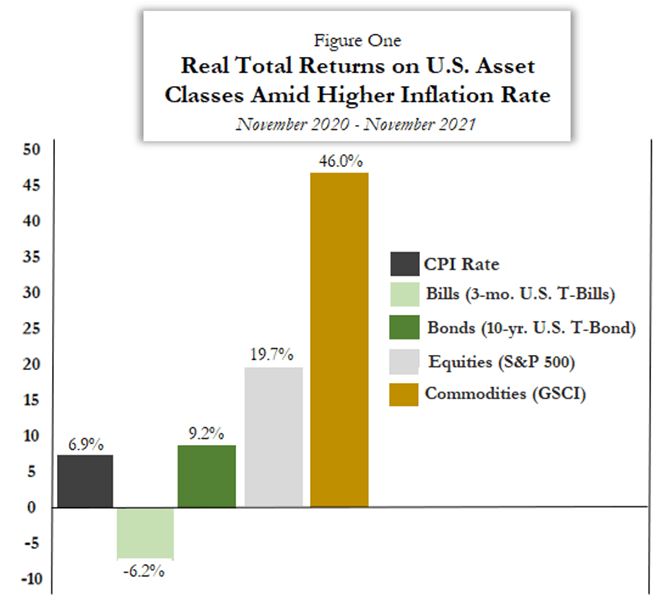 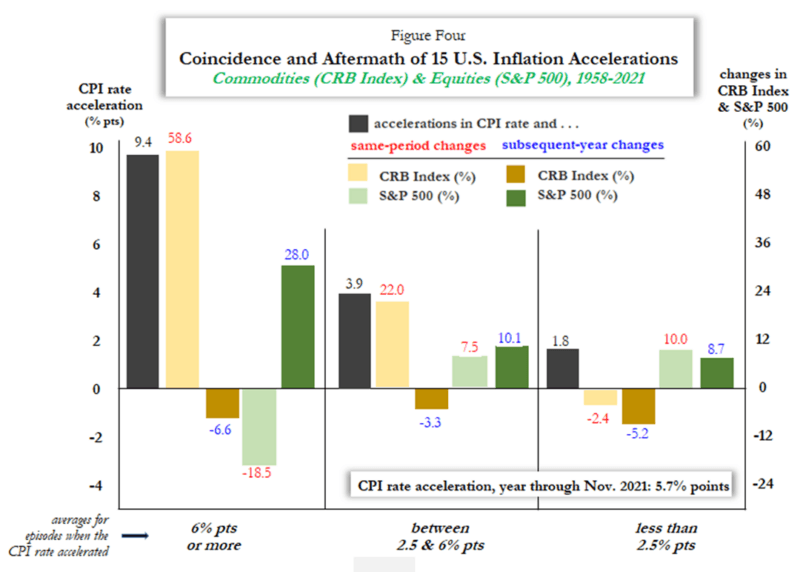 Not until recently has Powell conceded his agency’s culpability in higher US inflation; initially he blamed it on an economic recovery, post-Covid lockdowns (as if more real output causes inflation). Initially he also insisted that higher inflation was “transitory.” Now he’s not so sure. What exactly is his theory of inflation? He’s eclectic about it. It seems he’s got a grab bag of factors.

Is Powell aware that since he became chairman in January 2018 his Fed has increased “high-powered money” (the monetary base = currency plus bank reserves) by 65% (from $3.8 trillion to $6.4 trillion)? Over that same period, M1 (spendable money supply = currency plus checkable-transferable accounts) increased by 448% (from $3.7 trillion to $20.1 trillion). Inflation is a monetary phenomenon, entailing both money supply and money demand; it is not caused by real factors – whether employment, jobless rates, economic growth rates, or “output gaps.”

The BOJ resisted raising its policy rate in recent decades because doing so might have raised yields on Japanese Government Bonds (JGBs). It doesn’t want to do that, given that the ratio of Japan’s central government debt to its GDP is now 235% – double what it was in 1998. Japan’s Ministry of Finance wants the BoJ to keep fostering cheap public borrowing. The Fed seems to be acting likewise in recent years, and may continue doing so, again mimicking the BoJ by refusing to raise rates (or not raising them materially) not because US inflation is “too low” or high or “transitory,” but because the Fed likewise is intent on satisfying the US Treasury’s need to borrow cheaply. The ratio of US federal debt to GDP ratio is now 125% – double what it was in 2007.

If the Fed is to be a mere BoJ copycat, does that mean that it can keep US equities artificially elevated by a perpetually low policy rate? No more than the BoJ has been able to do for Japanese equities. The NIKKEI today remains 25% below its all-time high at the end of 1989, not because Japan has suffered “deflation” (it hasn’t) or too little inflation, but because public policy has imposed dozens of deficit-spending “stimulus” schemes that in truth only deaden incentives and divert capital to fundamentally unproductive public securities. US policymakers are doing likewise, of course.