What passes for “deregulation” or market-based reform has limited connection with any call for a truly laissez-faire capitalist United States. 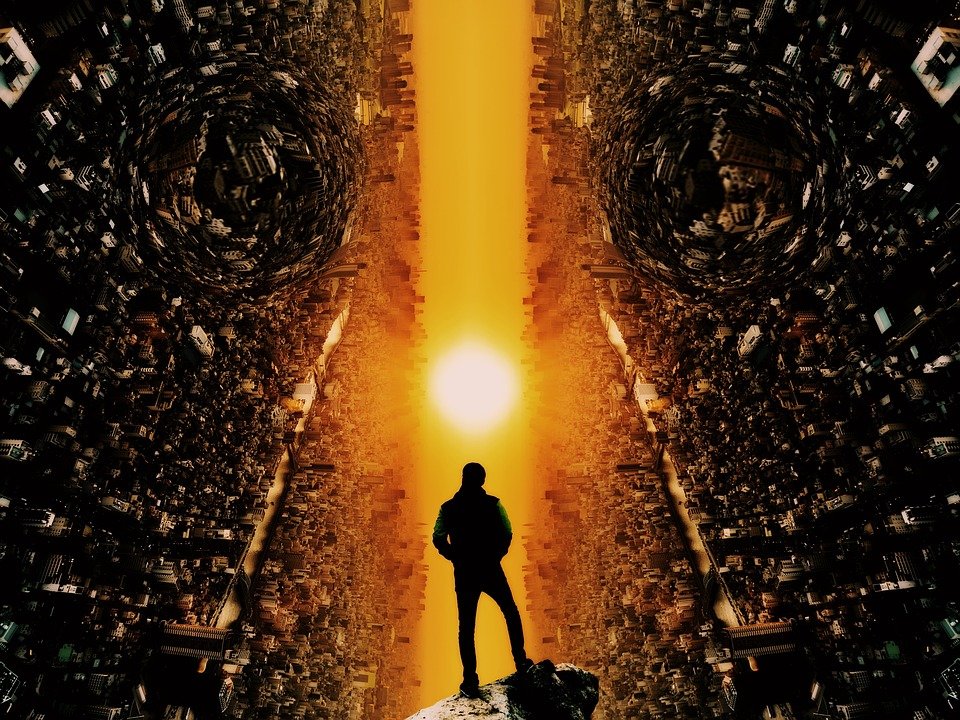 Suppose that there was a button in front of you that if you pushed, it would, in one instant, abolish all the governmental controls and regulations on the US economy. Would you push that button, and in so doing transform the United States into a society of free people? People who would associate with each other based on voluntary exchange, with government limited to protection of life, liberty and honestly acquired property?

There are many people today who speak about the intensifying heavy-handedness of government, and its increasing stranglehold on people’s freedom and the country’s potential renewed prosperity. They often cogently demonstrate the failure and corruption of political manipulation in society. And they say the “private sector” is the key to real and lasting solutions to our social problems. But we almost never hear voices declaring a desire to “push the button.” Indeed, what passes for “deregulation” or market-based reform has limited connection with any call for a truly laissez-faire capitalist United States.

Whether the issue is the coming crisis in Social Security, the failure of public education, the supposed environmental apocalypse, the claimed threat from mass immigration into America, or the fear of jobs and business lost to foreign competition, the proposed “fixes” all entail a continuing intrusion of political power into the peaceful affairs of the citizenry.

For over 85 years, the federal government has asserted its right and duty to plan the retirement of the American people through a compulsory pension system perversely called Social Security. Now, finally, the game is almost up, with not enough people in the working-age population to subsidize all the retirees who have been promised a certain level of income in their later years. In fact, the Social Security Trust Fund will run out of money no later than the early or mid-2030s. Money collected from the working age population and from cashing in Treasury securities accumulated from prior decades when the Social Security system ran surpluses that it “lent” to the rest of the federal government will not be enough to fully pay eligible retirees. Monthly payments to recipients may have to be cut by as much as 25 percent.

But rather than admit that it’s all been a fraud and simply end this forced intergenerational redistribution of wealth, even pro-market advocates merely propose various forms of “tweaking” the system: raising the retirement age, lowering the promised benefits, and allowing Americans to “invest” a portion of their plundered money into government-approved mutual-fund accounts.

This is not freedom; it is merely a continuation of the same old compulsory system under different rules and regulations. What might a real market reform look like? Well, one possibility would be to just abolish Social Security. The government directly owns more than one quarter of all the land in the United States. This land, with all of its mineral resources, forests, and grazing areas, could be sold off at public auctions over a period of time, with the proceeds being disbursed as payback to Social Security recipients in descending order beginning with the oldest recipients. Some estimates suggest that the payments might almost equal what the government has robbed from people over the decades.

Social Security taxes, likewise, should be ended. Those who have been victimized by the system and who still could not make ends meet would and could rely on the benevolence and generosity of good people – just as it was before Social Security was imposed in the 1930s as part of FDR’s New Deal.

Many Americans are also frustrated and disappointed with the educational failure of mandated government schooling, along with imposed “political correctness” in the government monopoly school system, with its most recent manifestation being in the form of Critical Race Theory. The shift into private schools and the growth of homeschooling demonstrate how much people desire to take greater control of and responsibility for their children’s education, especially after the closing of most government schools for more than a year during the Coronavirus crisis. More and more parents seem willing to make the financial and related sacrifices to educate their children, despite the tax load leveled on the average American family.

But where are the free-market voices that propose simply abolishing the government’s schools? Instead, schemes are devised for vouchers, educational tax credits, and charter schools. These, of course, offer useful and pragmatic alternatives for many parents wanting to opt out of failed government schools. But the more fundamental question left out of these debates and proposals is why government in the school business to begin with.

Government schools began in the United States as a tool for political indoctrination to make all young Americans uniform and obedient “good citizens,” as defined by the political authorities. This has continued to the present time. The only thing that is different today from, say, 30 or 40 years ago is what the state curriculum designers consider to be the politically correct set of ideas to try to implant into the minds of those in their compulsory care.

All the often-angry school battles during the last, say, 50 years, over prayer and sex education in the classroom, or evolution versus intelligent design in the biology curriculum, or saying the Pledge of Allegiance at the start of the school day, or, now, Critical Race Theory in every facet of the learning process, would disappear if the state school system were fully privatized.

Parents would send their children to the schools that taught the values and offered the curriculum they considered best for preparing them for the trials and opportunities of adult life. Furthermore, privatization would introduce real competitive excellence as schools strove to attract students at market-determined prices. Under a free-market educational system, rarely would any child be “left behind,” because competition would lower the cost of a good education and private charities would extend opportunities for the less financially fortunate through scholarships and grants.

How could this be brought about? Real market reform would entail privatizing the existing network of government schools. They might be turned over to the existing administrators and teaching staffs, who would become the “stockholders” of the companies. Or they could be auctioned off to private firms desiring to operate a single school or acquire a chain of schools on the market. At the same time, all legal and regulatory restrictions on operating private schools and all government rules on curriculum and staffing would be abolished.

The problem is that many in the free-market camp view such proposals as too “radical.” Americans are not ready for such root-and-branch change. They need to be weaned from government dependency through gradual changes that would make them amenable to more comprehensive free-market reforms down the road.

There are two responses to this argument. First, many of these more “moderate” and “modest” reform proposals threaten to entrench state power even more. “Private” investment accounts with Social Security dollars run the risk of politicizing the financial markets even more than is already occurring at the present time. And the voucher plan could extend even further the government’s rules and regulations to all private schools that accept these political dollars.

Second, unless there are voices unafraid to present clearly and persuasively the principled and uncompromising case for a truly free society, the goal of liberty may never be established. Freedom requires people who call for “pushing the button,” and who demonstrate why it would be good if we could.